Let us remember two fallen sons of Mother Africa who truly represent and exemplify the bravery and patriotism which best defines our collective fighting spirit and resolve, Comrade Thomas Sankara, Burkina Faso’s former president, and the commander of ZANLA’s guerilla army, Gen. Josiah Magama Tongogara. This year marks the 30th anniversary of Sankara’s assassination, a cowardly act carried out by the neo-colonialist stooge and poor excuse for an African, Blaise Compaore.

Because Kwanzaa begins on the exact calendar day, Dec. 26, 1979, that Comrade Tongogara transitioned due to a fatal car crash in Mozambique, we humbly request that Africans who partake in this festive and empowering occasion remember him in the libation, a ceremony where water is poured in tribute to our most fearless warriors on the battlefield as well as loved ones no longer with us in the physical world. Africans in the diaspora and on our beloved continent of origin can begin each and every year by mentioning Comrade Tongogara as a way of showing appreciation not only for the exemplary manner he led Zimbabwe’s guerilla forces against British/Rhodesian Colonial Forces, but the countless drops of blood, sweat and sacrifice he personally gave to the liberation struggle.

Gen. Tongogara also belonged to FRELIMO (Mozambique Liberation Front) and UNIP (United National Independence Party), so we must hail the Zimbabwean people for sharing one of their greatest warriors with their extended family in the Southern African Development Community region, in the spirit of revolutionary pan-Africanism.

This gesture will send the message that even though Zimbabwe’s former president and liberation icon, Comrade Robert Gabriel Mugabe, is a living legend, we boldly reject any narrative that reduces the second and third Chimurenga to his autobiography exclusively. We instead opt for a revolutionary approach to Zimbabwe’s legacy that shines the light on all the key national heroes, like Comrade and Gen. Tongogara, Comrade Herbert Chitepo, Comrade Leopold Takawira, late Vice Presidents Comrade Simon Muzenda, Comrade Joshua Nkomo, Comrade Joseph Msika Mbuya Nehanda and Amai Sally Mugabe, to name a few.

It is commonly accepted that Comrade Sankara is the first African head of state recipient of the Jose Marti Award, Cuba’s highest political honor, in 1984, which is perhaps the reason many refer to this powerful warrior as the Che Guevara of Africa.

After we thoroughly examine the work of Comrade Tongogara, we think our comrades in Vietnam would be both humbled and pleased if we, in the spirit of revolutionary solidarity, begin to call him the Gen. Giap of Africa. We also think everyday Zimbabweans who hold Comrade Tongogara in the highest regard would wholeheartedly embrace him being compared to one of the greatest military strategists of the 20th century.

When we trace Comrade and Gen. Tongogara’s steps in Mozambique and Zambia, it certainly compares in quality to Gen. Giap’s strategic brilliance that was displayed in the First Indochina War, the Vietnam War and other historical battles in Vietnamese history, like Lang Son, Hoa Binh, Dien Bien Phu, the TET Offensive, the Easter Offensive and the final Ho Chi Minh Campaign.

Prior to their frontline revolutionary involvement, both Comrade Sankara and Comrade Tongogara had some rather unique experiences that began an ideological departure from the colonial and slave mentality, which every African must acknowledge and confront as the first step towards full decolonization.

On the other hand, Comrade Tongogara grew up on a farm owned by none other than Rhodesia’s first prime minister and war criminal Ian Smith, where his parents toiled for the benefit of their invaders and conquerors.

Both Comrade Sankara and Comrade Tongogara were products of military training that instilled discipline in their lives. They were guided by the pillars of nationalism, pan-Africanism and socialism, which paid great dividends for both of them on the battlefield fighting against colonialism and neo-colonialism.

The only difference is we had the privilege of watching Comrade Sankara execute his ideas, where Comrade Tongogara, like the Pan African giants before him, Amilcar Cabral and Edwardo Mondlane, was deprived the opportunity to serve the nations he risked his life to liberate in a meaningful leadership capacity.

What we know is when Comrade Tongogara was asked why Zimbabwe must be true to socialism, he gave the lucid and simplistic example that if you have two pairs of pants and your comrade has none, you simply hand over a pair of pants.

It was in this tradition that Comrade Sankara stripped the traditional feudal lords of their wealth that stemmed from forced labor and tribute payments.

This explains why a life size toy soldier like Julius Malema thinks wearing a red tam on his head gives him the right to masquerade as Comrade Sankara. However, ideologically speaking, he has far more in common with the Gupta brothers, who treat South Africa like the board game Monopoly.

Both Comrade Sankara and Comrade Tongogara were products of military training that instilled discipline in their lives. They were guided by the pillars of nationalism, pan-Africanism and socialism, which paid great dividends for both of them on the battlefield fighting against colonialism and neo-colonialism.

For far too long, we have witnessed members of liberation movements in Mother Africa, under the banner of sovereignty and national liberation, sweep the class question under the rug, and aspire to live like Fortune 500 CEOs and execs instead of caretakers of their revolutions.

Comrade Sankara also confiscated fleets of luxury cars from his ministers, forbade them from having government chauffeurs, and denied them access to first class airline tickets.

When President Mnangagwa recently announced that ministers in his cabinet would no longer travel first class, announced a reduction in diplomatic overseas posts and compulsory retirement for civil servants over 65 years old, Zimbabwe’s detractors opted to spew conspiracies about capitulation and neo-liberalism, instead of highlighting these crucial developments.

President Mnangagwa asked ZANU-PF rank and file members not to sing songs about him, but instead sing revolutionary songs from the liberation struggle and Zimbabwe’s national anthem. This is identical to Comrade Sankara. When asked why his pictures weren’t plastered all over Burkina Faso, he simply replied, “There are 7 million Thomas Sankaras.”

President Mnangagwa’s Command Agriculture program is committed to restoring faith in an area that is considered the cornerstone of the third Chimurenga. It has similarities to the campaign that Comrade Sankara carried out that sent 200,000 Burkinabes (people of Burkino Faso) to plant trees preventing animals from destroying vegetation.

Comrade Sankara also popularized Burkinabe tunics woven from indigenous cotton and required ministers to wear them as part of the Cultural Revolution, which is exactly what late national hero and former First Lady Amai Sally Mugabe attempted to do in Zimbabwe. What we know is in the SADC region, our sisters and brothers love their Giorgio Armani, Hugo Boss and Pierre Cardin suits. This doesn’t mean we can’t strive for miracles.

When Comrade Sankara said women hold up the other half of the sky, he had to be thinking of sisters like Comrade Angeline Tongogara, who, besides raising four children after the untimely death of Comrade Tongogara, has refused to give any credence and validity to conspiracy theories that Comrade Tongogara was assassinated by former president and liberation icon Comrade Robert Gabriel Mugabe.

Her brilliant and lucid explanation of the relationship between her late husband and former President Mugabe during her interview with the Sunday Mail, in “Cooking for RGM,” lays all gossip and innuendo to rest.

Our revolutionary sister also chronicled how Comrade Tongogara maintained his resolve when he was excused of masterminding the assassination of national hero and revolutionary father figure Herbert Chitepo. We are also grateful to former Zimbabwean ambassador to the U.S. Dr. Simbi Mubako for clearing Comrade Tongogara’s name and erasing this blemish on his impeccable reputation.

Because US-EU Imperialism thrives on spreading conspiracy theories about political assassinations, all we the children of Africa have to say is if they are willing to have a full disclosure campaign on the world stage on this delicate subject matter, we are ready whenever they are. May the memories of Comrades Thomas Sankara and Josiah Magama Tongogara live on.

Obi Egbuna Jr. is the U.S. correspondent to The Herald, where this story first appeared, and the external relations officer to ZICUFA (Zimbabwe Cuba Friendship Association). His email is obiegbuna15@gmail.com.

Anticolonial revolutionary Thomas Sankara would have been 68 on Dec. 21, 2017. In 1987, shortly before his assassination, Sankara spoke to an African Unity Organization summit about the role debt played in the “reconquest of Africa.” 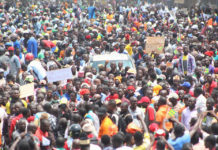 Togo’s struggle is our struggle 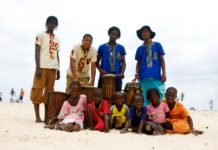