AfricanAncestry.com educates on African tribes as part of its 15th year celebration in 2018 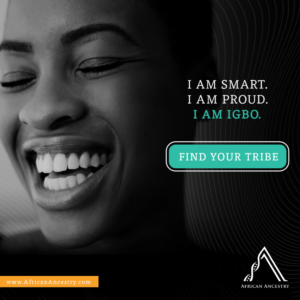 Washington, D.C. (Black PR Wire) – African Ancestry, Inc. (AfricanAncestry.com), the pioneers of genetic ancestry tracing for people of African descent, commemorates its 15th year by bringing focus on the importance of African ethnic groups, commonly referred to as tribes. Along with helping people find out where they’re from in Africa, AfricanAncestry.com is the only DNA service that also pinpoints tribes as a part of its results package.

“T’Challa has a connection to his ancestors that I longed for,” said Black Panther’s Chadwick Boseman, who traced three lines of his family tree to the Limba people in Sierra Leone, Djola people in Guinea-Bissau and the Yoruba people in Nigeria. “I took this DNA test because it doesn’t just tell the country. If you know you’re Yoruba from Nigeria, now you can pinpoint specific customs and rituals that are a part of your past.”

In America, our tribes are found in being from the “Southside” or our Northern accents or coastal cuisines, for example. AfricanAncestry.com is making it easy to connect the African American way of life with those of African tribes such as the Hausa, Mandinka and Ibo peoples. Of the tens of thousands of families that have discovered their roots with AfricanAncestry.com, these are the top five tribes of African Americans:

Kicking off with the “Find Your Tribe” campaign during Black History Month 2018, AfricanAncestry.com will educate and engage consumers through advertising, social media campaigns, Tribal anecdotes and profiles of Africans, African Americans and celebrities and promotional discounts.

“Finding out what tribe you’re from is finding out what language your ancestors spoke or what traditions they had,” said AfricanAncestry.com President and Co-founder Gina Paige. “Ethnic groups are extremely important to knowing who we are because they are the social factors that dictate culture.”

To find your tribe – and your African country of origin – using a special Black History Month discount, visit www.AfricanAncestry.com through Feb. 28.