We are academics who have spent our careers researching the history of the civil rights movement, issues of racial discrimination in the United States, civil rights law, and the representation of minorities in the public sphere. We strongly believe that deepening knowledge of our nation’s past is essential to informing progress in American politics and race relations today.

The acquisition of historical knowledge is strengthened considerably by having living participants in those histories recount their experiences. We are therefore dismayed to learn of the current restrictions placed upon one such prominent participant, Jamil Abdullah Al-Amin (formerly known as H. Rap Brown).

During the 1960s, Al-Amin was a national leader of the civil rights movement and was chair of the Student Non-Violent Coordinating Committee, one of the era’s key organizations. As a civil rights leader, he met with President Johnson, spoke across the country, and appeared regularly in television interviews. He is currently an inmate at the federal prison at Tuscon, Arizona. He has been held in federal custody, on behalf of the Georgia Department of Corrections, since 2007.

Throughout the last decade, all requests for interviews by scholars and journalists have been denied by the Federal Bureau of Prisons. Their decision is, in part, based on the Georgia Department of Corrections’ view that Al-Amin is ineligible for interviews “due to the potential security risks.” Letters to and from Al-Amin are usually held by the government for months before they are released. In these ways, Al-Amin is prevented from any form of practical communication with scholars who wish to document this history.

We understand that Al-Amin has been convicted of an extremely serious charge. However, we do not believe there is any reasonable basis upon which to deny him direct access to scholars and journalists. His story ought to be documented for posterity. In-person interviews with him in prison are essential for this purpose because he is 74 years old and is serving a life sentence without parole.

We thus declare our opposition to the restrictions placed upon Al-Amin and call on the Georgia Department of Corrections and Federal Bureau of Prisons to allow scholarly and media interviews and communication with Al-Amin. We will make the reasons for our consternation known to our own elected representatives and the public at large.

How you can help Imam Jamil

Yahya Abdussabur, a leading supporter of Iman Jamil Al-Amin, in distributing this letter by email, writes: The letter is part of the continuing effort to gain freedom for our beloved Imam Jamil Al-Amin. As Allaah has enjoined on us, “Enjoin what is right and forbid what is evil” and as the Holy Prophet has said, “Want for your brother what you want for yourself.” Please sign this letter and encourage your jamaat, friends and associates to do the same.”

By the end of January, nearly 500 had signed, and your signature is requested as well. Go to http://www.kundnani.org/jamilalamin/, where you can read the open letter and the list of people who have signed so far. A simple form is provided for adding your signature. 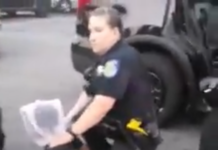 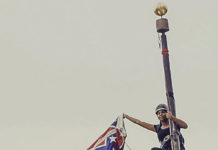