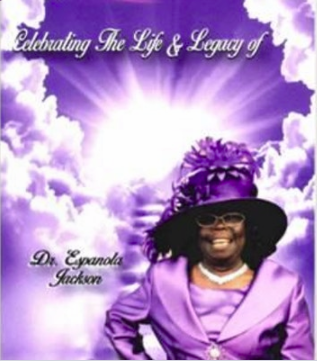 Congratulations, San Francisco! We did it. We began with our Black History Month Kickoff Reception, which was held at our local CBS-KPIX Main Studios on Jan. 31, where celebrities enjoyed mixing it up with our community. City Hall followed by launching their own impressive venue to celebrate Black History on Feb. 2. It was a huge success because of speakers like London Breed and Malia Cohen.

We also rocked the house at our own Southeast Community Center with the celebration of Dr. Espanola Jackson Day, proclaimed by our late Mayor Ed Lee as Feb. 9. We didn’t stop there.

Even corporate America showed us due respect, as was evident at the Macy’s BHM event held on Feb. 22 featuring the new Malcom X clothing line introduced by his daughter, Qubilah Shabazz. It was during that occasion that we listened with pride to our own Stevon Cook, vice president of the SFUSD School Board and CEO of Mission Bit, and Base Ventures’ Kevin Moore calling on us to invest, take risks and believe in the rising stars evident within our community.

On Feb. 28, we were back at City Hall to enjoy one more “Cultural Experience” and be reminded by living legends like Jesse Jackson that our fight is not over, our voices should not be quieted, and our mission to educate and lift up our young leaders is perhaps more important today than ever before.

Think about it. What would Dr. Espanola Jackson say about the quality of our lives, new opportunities to thrive and the possibilities for a brilliant future, if she were still alive today? While we finally have laws on the books that she fought for to promote local hire, local jobs and local workforce training that are contractually linked to affordable housing, infrastructure renovations and small business development, many in the Bayview still remain in the dark – unaware of our value, our potential, our legacy.

Wake up! Showing up for fun times and free meals during the month of February is not where our story should end. Step up and don’t settle for less. Malcolm’s daughter calls on us to network strategically to lift up each other, rather than be divided to scramble for scraps thrown our way.

Espanola took it a step further – whether you win or lose, go for it and run for office. She did, on three separate occasions. And while she never made it to City Hall as an elected official, nobody can deny that she made her mark with a simple promise: “I won’t sell you out.” Instead, she keeps giving even today with scholarships to college students from our own Bayview Hunters Point.

So, let’s look deep inside ourselves to find ways to celebrate our royal heritage not just during the month of February. We deserve to be honored our entire lifetime. We have the right to prosperity in this land of the free and home of the brave. Enjoy it, San Francisco. Let’s continue to be the example, the sanctuary city of a people who refuses to be pushed out or disempowered ever again. Together, let’s reach for the sky, and lead! 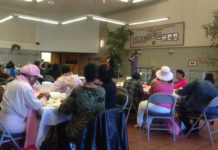 Breast cancer happens to real people, not abstractions on paper