I watched two Black Panther movies today: “Panther,” the one put out by Mario and Melvin Van Peebles in 1995 and, in my opinion, prematurely discarded from theaters, and the new one by Marvel, “Black Panther.” Angela Bassett stars in both films and the span of 23 years has not cracked her beautiful Black!

In the first Panther movie she plays Betty Shabazz, the widow of Malcolm X, making her first public appearance since her husband’s death, in San Francisco, where she is escorted by the Black Panthers as security. Three years before that she starred in “X,” by Spike Lee, also playing the role of Betty Shabazz, brilliantly!

The Panther movie set in Oakland is very violent, but no more so than the new Panther movie. So if you liked “Black Panther,” I encourage you to revisit “Panther,” which has a lot of strong on-point performances from Marcus Chong as Huey P. Newton and Courtney B. Vance as Bobbie Seale.

Check it out! And let’s keep this Panther thang going while it’s hot! And ya don’t stop!

But the main reason I’m droppin’ this article is to share a poem I wrote after seeing the first Panther movie. It seems to be still pertinent:

Return of the Black Panther

I was the former enslaved African

Who ventured from the Motherland

As far as I could get

From the Southern plantation man!

Until I ran out of places and spaces to run

Backed up against the ocean

I sprang up from my hands and knees 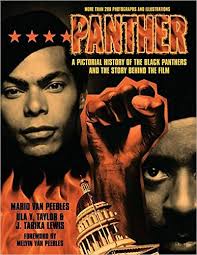 And exchanged my chains and shackles

For guns and rifles!

And I delivered food to the hungry

While seeking peace and prosperity

So I policed the police

Until they changed the rules

And made me illegal

Made it illegal to care

And care for your people

Then they flooded our communities with drugs

And used and abused! 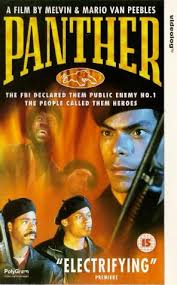 And when we continued to refuse their medication

And slithered some Uncle Toms in on us

Until the blood from the crips

Of Panthers and SNCC

Of the living dead gangs of Bloods and Crips

And if you kill Mumia, you kill me

And these Black Cats don’t play that!

A Panther won’t strike until attacked

But don’t pat me on the head

And expect to get your hand back! 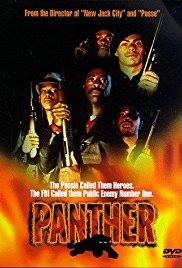 Because these cats have nine lives

And a new generation of Panther litter

Is coming up, ultra mean and clean

And even though you banned our Panthology –

Our movie from the screen

The Panther is back! 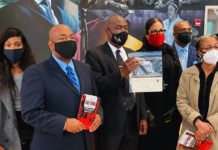 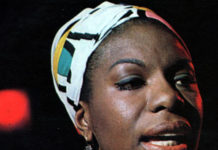 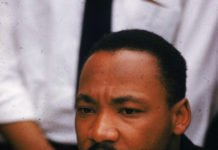