On April 9, school founder Terrence Davis and a founding team of parents and community leaders submitted a petition to open Mary L. Booker Leadership Academy to the San Francisco Unified School District (SFUSD). The new free public school hopes to open its doors in the Bayview in the fall of 2019 with grades 6-8 and will eventually serve grades 6-12, pending approval by SFUSD.

“Submitting our petition is an exciting moment for Mary L. Booker Leadership Academy,” said Davis. “This is the culmination of a lot of hard work by community members and families who are looking for a great school in their neighborhood.”

Davis is a California native from San Diego and a graduate of Morehouse College and Chapman University. He spent three years as a special education and humanities teacher at High Tech High (HTH) in San Diego where students participate in project-based learning that emphasizes collaboration, critical thinking and presenting their work to the public. The HTH model not only allows students to take charge of their education, but also increases student engagement in the classroom, enables students of all abilities to learn at their own pace, and is more reflective of what students would expect in their careers after attending college.

After teaching at HTH, Davis went on to spend four years with the Noble Network of Charter Schools (Noble) in Chicago, where he was a teacher and director of special education. Noble is a college preparatory charter network that prepares low-income Black and Latino students to be accepted into and graduate from college.

The network of schools is most known for preparing first-generation college students for success. Davis managed a team of 10 teachers and staff that focused on supporting students with a wide variety of needs. He was responsible for instructional coaching, ensuring students’ progress towards goals and developing a structure that could meet the needs of all students.

“Submitting our petition is an exciting moment for Mary L. Booker Leadership Academy,” said Davis. “This is the culmination of a lot of hard work by community members and families who are looking for a great school in their neighborhood.”

Davis’ time at both HTH and Nobles would prove critical to the development of Booker Academy’s model. “With Mary L. Booker Leadership Academy, I’m blending the best practices I’ve seen in my almost decade-long career,” said Davis. “The school is focused on preparing students for both college and careers of their choosing, project-based learning, individualized instruction, and intentional services and supports for all students.”

The power of community is another element Davis wanted to be reflected within the school. “When I was growing up, I had a lot of people, from my parents to teachers to coaches and other mentors of color who consistently put in their time and effort to help me become the man I am today,” said Davis. “Now, we have the opportunity to give that same effort and time to our youth of color and help them become successful. If every adult who supports a child comes together as a team, we can ensure that every child achieves their fullest potential.”

The community has played a vital part in the development of Mary L. Booker Leadership Academy. The school chose its name after meeting with families and community members and asking a simple question “Who is someone you would like to honor?”

Walter Turner, a community leader, had someone in mind. “To know Ms. Booker was to love her. I worked with her for a long time. Ms. Booker was very dedicated and very serious about what she was doing. She had been teaching in that Opera House since 1961 for free.”

The community has played a vital part in the development of Mary L. Booker Leadership Academy. The school chose its name after meeting with families and community members and asking a simple question “Who is someone you would like to honor?”

After meeting with many members from the community, it became clear that Ms. Booker was someone the school would like to represent. Tiyana Coleman, Ms. Booker’s great-niece, is on Mary L. Booker’s Leadership Academy’s board and a proud advocate of the school “What keeps me here is my feeling of responsibility to continue the legacy that [Ms. Booker] worked on so hard over all the years of building Bayview up.”

In addition to the school name, community members have helped support the overall vision of the school. A vital part of the school’s model is the formation of a “Dream Team” for each student. Each “Dream Team” consists of the student, their parent(s) or guardians, teacher and additional supportive adults, such as coaches, mentors and pastors in their life who will help the student define their academic trajectory, career aspirations and goals for college.

Parent Betty Hunter is eager to see Booker Academy open. “I believe it takes a village to raise a child,” said Hunter. “I like that Booker Academy will be a community school where others will be expecting as much from my son as I do.”

The Booker Academy team is excited to present a school model that will develop the next generation of leaders in San Francisco. If you would like to learn more about Booker Academy, please contact school founder Terrence Davis at tdavis@mlbla.org. 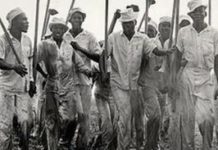 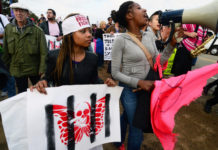