“A truth unspoken is a lie disguised as silence.” 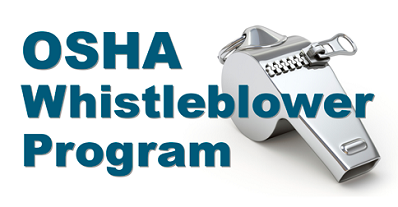 I’ve been reading the questions you’re asking about safety and health in your neighborhood and thought I might be able to point you toward some answers. I was born and lived in San Francisco for many years and know your neighborhood well. I remember when it was a vital part of our city and a good place to live. So, it’s been sad to see how poorly the years and the 1 percent have treated you. You deserve better.

The answers to your questions actually are not hard to find. It’s not rocket science, in spite of what some politicians and corporate spin doctors would want you to believe. All you really need to do is connect some dots.

The dots go back in time before the 1940s and extend out to places near and far. Look at your own history, beginning with what Hunters Point was during and immediately after the war (World War II).

It was built up to fight the war in the Pacific but then became a waste disposal center whose risks were known but concealed from you. This wasn’t the first time something like that happened in the Bay Area, nor was it the last time.

If you go back to the Gold Rush days, you’ll find that the Bay became a dumping ground for toxic waste from mining washed down the Sacramento River. Then agriculture took its turn sending millions of gallons of herbicide, pesticide, insecticide and other waste to the Bay.

That was followed by heavy metal pollution from industries that ring the Bay, and more pollution that washed off highways and into the rivers and water tables. It may look pretty, but if you go below the surface you’ll find that San Francisco Bay is the most degraded estuary in either North or South America. So, as the signs along the Bay say, don’t eat the fish.

But, you say, that was happening for a long time. What about now?

Here is where connecting the dots becomes even more important. The checkered history of the Hunters Point development project reflects much wider and deeper corruption within the political system that has persisted and grown into a morass. If you look north, you will see an eerily similar, if shorter and more limited story about Drake’s Estero.

The checkered history of the Hunters Point development project reflects much wider and deeper corruption within the political system that has persisted and grown into a morass.

There you’ll find what was part of a vibrant shrimp industry, which is now federally managed as part of the Point Reyes National Seashore. Compromised by the damming of the Sacramento drainage, the industry died, leaving behind highly toxic residues for someone else to clean it up.

That was the National Park Service, who contracted with Galindo Construction to do the job. The contract was a “no-bid” set-aside, which became a no-management relationship with the NPS. Predictably, the toxic waste has been hauled off and dumped where it can pollute the ground water and rivers, which will likely bring some of it back to the Bay. The corruption was exposed by a whistleblower, who was injured by the toxic waste and reported it to OSHA’s Whistleblower Protection Program, which predictably failed to protect him or bring the matter to the attention of the EPA.

Or, you can look north to PG&E’s Humboldt Bay nuclear plant. Here, disregard for safety and health goes back to the 1970s but peaked 10 years ago as plans for decommissioning the plant took shape. PG&E hired a nationally recognized expert to oversee the work but then fired him and his second in command when he began to report lost nuclear fuel rods, untrained security staff, botched construction and drug use among plant employees.

He tried to report it to the Nuclear Regulatory Commission, which didn’t think anyone could detect the smell of pot, and then to OSHA when he and his second in command were fired. Sadly, OSHA refused to defend him and his second in command when PG&E began to exert pressure, even when evidence emerged PG&E had engineered retaliation against outside experts who supported him.

The corruption was exposed by a whistleblower, who was injured by the toxic waste and reported it to OSHA’s Whistleblower Protection Program, which predictably failed to protect him or bring the matter to the attention of the EPA.

Or you can look south to the Los Angeles International Airport – LAX. In 2000, an Alaska Airlines flight spun out of control and crashed a few miles short of the runway. A gear in the tail of the plane had failed, sending 80 people to their death.

A parade of Alaska Airlines mechanics had reported that the gear was defective, but the company either ignored them or fired them. This led Congress to pass AIR-21, a law that was designed to protect airline whistleblowers to ensure that such reports were noticed and taken seriously.

It’s one of 22 statutes that OSHA’s Whistleblower Protection Program is supposed to investigate to protect these whistleblowers. It’s a pretty good law, but OSHA rarely enforces it.

Eight years ago, another group of aircraft mechanics working for FedEx began reporting serious violations of safety protocols by the company and were met with hostility and retaliation. They came to OSHA for protection, and all of them were turned away, even as the company was collaborating with the Federal Aviation Administration to help them retaliate.

It’s one of 22 statutes that OSHA’s Whistleblower Protection Program is supposed to investigate to protect these whistleblowers. It’s a pretty good law, but OSHA rarely enforces it.

The FedEx-LAX cases are a particularly big dot because they connect with other instances where politically powerful companies received protection from OSHA when complaints were filed. Like FedEx, companies such as Lockheed-Martin found OSHA to be a friendly partner in the crime of retaliating against whistleblowers, and like Alaska Airlines and FedEx the concerns of the whistleblowers were confirmed by fatal accidents and potentially serious threats to the public’s safety.

Now we can add Southwest Airlines to the list after 16 of its mechanics brought retaliation complaints to OSHA just months before a Southwest passenger was sucked out a window when an engine failed. Predictably, OSHA had dismissed all 16 complaints.

Looking closer to home, the pattern re-emerges with Yesina Guitron and the at least 100 Wells Fargo employees who reported customer fraud to OSHA. They went to OSHA because the laws protecting financial whistleblowers require them to go to OSHA, under the theory that OSHA can do a quick screening of complaints and then pass on those with merit to the Securities and Exchange Commission (SEC) to take corrective action.

The flaw in that reasoning was revealed when OSHA failed to take the reports seriously and failed to report any of them to the SEC. This had happened earlier with Countrywide Financial and its residential mortgage fraud, which became the trigger for the 2008-2009 global financial catastrophe. To add insult to injury, it happened again in 2013 with JP Morgan-Chase and its program to defraud retirees who entrusted them with their life savings.

But, what you really want to know is how does all this relate to the failed cleanup of your neighborhood. Here, the pattern of corruption in OSHA and associated federal regulatory agencies again repeats itself but draws a larger and more detailed chart of how this corruption works. In 2010, the national director of quality assurance and regional manager for EMLabs P&K were both attacked by the company after they discovered and reported the company was engaged in falsifying asbestos tests.

Ground zero for the problem was the company’s laboratory in San Bruno. These two whistleblowers were not only the highest-ranking employees responsible to ensure the integrity of the testing, but they were alerted to the problem by an auditor working with the National Voluntary Laboratory Accreditation Program (NvLAP), which is an agency within the EPA that is tasked with protecting laboratory testing.

Here, the pattern of corruption in OSHA and associated federal regulatory agencies again repeats itself but draws a larger and more detailed chart of how this corruption works.

In this case, the company was a subsidiary of TestAmerica, the nation’s largest industrial environmental testing company and a wholly owned subsidiary of the venture capital group, HIG Capital. The law firm defending the company, which had deep political connections to the Democratic Party, attacked witnesses supporting the whistleblowers, manufactured false evidence, openly worked with senior OSHA administrators to obstruct the investigation into their complaints, and in the end persuaded a Department of Labor administrative law judge to conceal the extent of the corruption.

The regional manager in this case has been actively involved in attempting to secure an investigation of false testing at Hunters Point because he has direct knowledge that EMLabs P&K was involved with that testing for asbestos. He reported the problem to the U.S. Attorney in San Francisco who … took no action. He gave interviews to local Bay Area journalists … but no action.

He provided documentation that made its way to Sen. Feinstein … but no action. After suffering 10 years of abuse by the company, OSHA, the Department of Labor, and even NvLAP, he soldiers on trying to find a credible response to his concerns.

I admire your resistance to the corporate and political spin doctors who are attempting to whitewash what is a massive crime against your community and all those in California now exposed to the toxic waste from Hunters Point. You’ve done a great job of organizing and digging out the truth and calling public officials to account.

Keep connecting the dots and you will learn more truth, which is the real power that lies in your hands. I’m proud you are my neighbors and will do what I can to help you connect the dots.

Dr. Darrell Whitman is an attorney and former investigator with OSHA’s Whistleblower Protection Program in San Francisco. He was fired in May 2015 after a long struggle to expose corruption in the program. He has now waited more than three years for the federal Office of Special Counsel, the federal agency responsible for integrity in the federal government, to conduct its review and order a credible investigation. He can be reached via Lvpsf@igc.org. 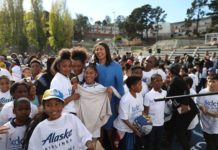