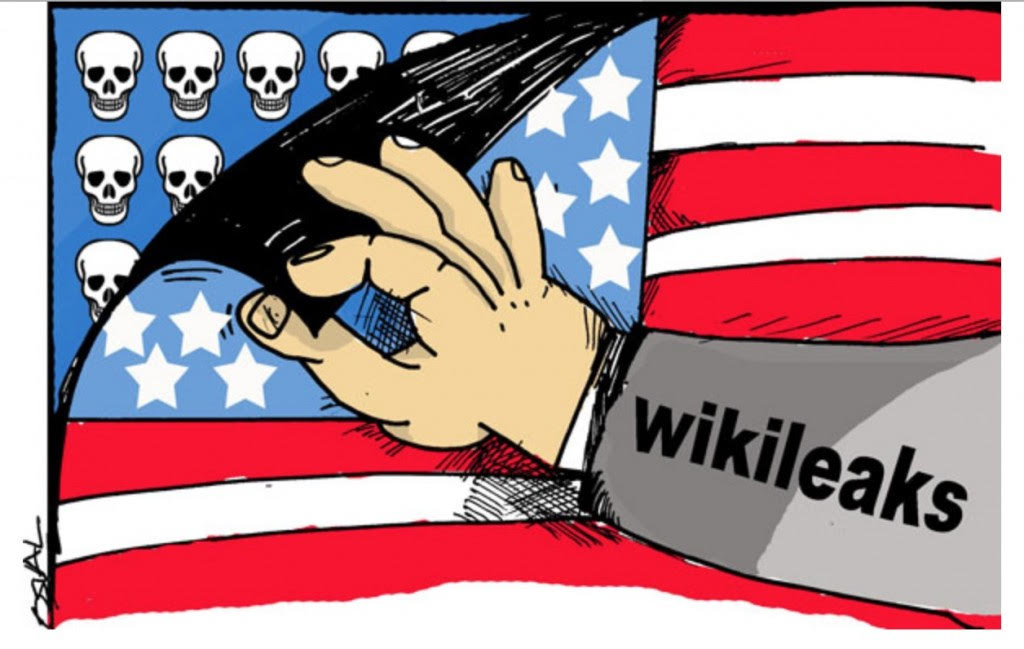 Pacifica Radio stations are known as havens for leftwing thought and action, but the Berkeley station board and the national Pacifica Network board have yet to come to the defense of WikiLeaks’ founder Julian Assange.

The following resolution has been submitted for a vote to the national board of directors of Pacifica, a non-commercial radio network of five high-power metropolitan stations – in Berkeley, Los Angeles, Houston, New York City and Washington, D.C. Pacifica has over 200 affiliate stations in other cities, towns, and college and university campuses across the U.S. The resolution has also been submitted to Pacifica station KPFA’s local station board in Berkeley.

The U.S. National Press Club, Overseas Press Club of America, Reuters and Reporters Committee for Freedom of the Press all deserted Assange in 2011, two years into Obama’s presidency. After more than six years of political asylum inside London’s Ecuadorian Embassy, he is in poor health and in danger of extradition to stand trial in the U.S. for publishing leaked confidential documents, many of which were also published by the New York Times, the London Guardian, and other prominent media outlets. He could even be tried and sentenced “in camera,” with neither press nor human rights observers present.

Pacifica Radio stations are known as havens for leftwing thought and action, but the Berkeley station board and the national Pacifica Network board have yet to come to the defense of WikiLeaks’ founder Julian Assange.

Pacifica was founded by pacifist Lew Hill in the 1940s after World War II. It has a long, proud history as a radical, edgy alternative to corporate and state media that has opposed most U.S. wars and austerity measures since.

So one might think that passing this resolution would be a slam dunk, but it hasn’t been. As I wrote in “‘We love the CIA!’ – or how the left lost its mind,” Pacifica has incrementally moved to the right, along with the rest of the country, ever since Ronald Reagan’s presidency, and during the neoliberal, hawkish presidencies of Democrats Bill Clinton and Barack Obama.

Pentagon Papers whistleblower Daniel Ellsberg and other whistleblowers, writers, editors and union and media activists have endorsed the resolution, but majorities on the Berkeley board and the national board have prevented roll call votes or any votes at all without explaining why. If you’d like to see this resolution passed by the Pacifica National Board and the KPFA Local Station Board, please write to pnb@pacifica.org and kpfalsb@googlegroups.com.

Resolution in Support of Julian Assange and WikiLeaks presented for a vote at Sept. 20, 2018, meeting of the Pacifica National Board (PNB)

Whereas, Assange and WikiLeaks have released a vast trove of primary source material unlike anything that journalists have ever had such ready access to,

Whereas, WikiLeaks releases have made evidence-based journalism more possible than ever before,

Whereas, Julian Assange and WikiLeaks have helped expose the role of the U.S. and other governments’ war crimes and violations of international law and,

Whereas, Assange and WikiLeaks have, in the Podesta emails, Vault 7, the Trade in Services Agreement, and many other releases, exposed the collusion between government officials, politicians, oligarchs and corporations against the public interest, including even the survival of life on earth,

Whereas, the U.S. government along with the U.K. government are seeking to push Julian Assange out of Ecuador’s London Embassy to be arrested by Theresa May’s government in the UK. and then most likely extradited to the United States for criminal prosecution and,

Whereas, the U.S. government and the U.K. government refuse to prosecute any of the war criminals that have been exposed by the whistleblowing of Julian Assange and WikiLeaks and,

Whereas, there is a systematic effort by the U.S. government to harass, repress and jail reporters and whistleblowers who exposed corruption and criminal activities by government officials and,

Whereas, U.S. politicians have called for the murder and torture of Julian Assange to silence him and,

Whereas, the Australia Media, Arts and Entertainment Alliance (MEAA) union made Julian Assange an honorary member for life, waived his fees and called for the defense of his rights, http://www.abc.net.au/…/journalists-union-shows-sup…/2383428,

Whereas, leading intellectuals and whistleblowers including Daniel Ellsberg, John Kiriakou, Ray McGovern and Coleen Rowley have called for unity in support of Julian Assange,

Therefore be it resolved that the Pacifica National Board [and the KPFA Local Station Board] call for the freedom of Julian Assange and an end to the harassment including the halting of internet and media access at Ecuador’s London Embassy, an end to efforts to jail Assange by either the U.K. government or U.S. government, and call for KPFA and Pacifica to launch a campaign on our website to defend Julian Assange and all journalists and whistleblowers who are coming under increasing attacks by the U.S. government and the corporations who control the government.

Lastly, be it resolved that both boards call for national publicity and programming by all Pacifica affiliated stations for the defense of Julian Assange and all journalists and whistleblowers who face threats to their democratic rights.

Grace Aaron, KPFK delegate to the Pacifica National Board

Bill Crosier, KPFT delegate to the Pacifica National Board

Alex Steinberg, WBAI representative to the Pacifica National Board