“An execution date should not be scheduled because Mr. LaMar’s death sentence is precisely the sort identified by the Joint Task Force to Review the Administration of Ohio’s Death Penalty. Mr. LaMar’s conviction rests on prisoner testimony which is not independently corroborated, there is no physical or video evidence linking him to the crimes and he has always maintained his innocence. Evidence supporting Mr. LaMar’s innocence is slowly coming to light after dogged efforts to unearth such proof following years of suppression.”

This is an excerpt from the response Keith LaMar’s attorneys filed to prosecutor Mark Piepmeier’s motion requesting an execution date. As lead prosecuting attorney on the Lucasville Uprising cases, Piepmeier is largely responsible for the egregious misconduct and deal-making that secured these convictions based on informant testimony and withheld evidence. He has a documented pattern of doing the same to other defendants.

The response starts by pointing out ways that Keith’s case fits within recommendations made by the joint task force on death penalty cases, specifically: relying on uncorroborated snitch testimony, disproportionately targeting Black people and relying on evidence improperly withheld at trial. It goes on to detail that withheld evidence, including statements by trial witnesses and others that could easily cast reasonable doubt if not fully exonerate Keith if he were afforded a new trial.

Reading this portion of the document, which describes violent events occurring in the first hours and days of the uprising, a few things may become clear. First, the state of Ohio has no idea what actually happened during the uprising. One of Piepmeier’s accomplice prosecutors even admits this in an interview for D Jones’ documentary film, “The Shadow of Lucasville.”

Second, the rank injustice of the U.S. criminal legal system is unconscionable. This case has exhausted its appeals and is reaching an execution date, which means the highest courts have found such evidence inadequate to win a new trial, or impermissible for them to even hear. Such a system must be unconcerned with justice and motivated by inferior drives.

First, the state of Ohio has no idea what actually happened during the uprising. One of Piepmeier’s accomplice prosecutors even admits this in an interview for D Jones’ documentary film, “The Shadow of Lucasville.”

This is why we call for amnesty, for recognizing that the state was ultimately responsible for the deaths that occurred at their “maximum security” prison in April of 1993. No more blood should be shed, lives taken or freedom denied in Ohio’s futile effort to scapegoat prisoners for the ODRC’s inability to keep peace, let alone rehabilitate or correct anyone in their prisons.

In October of 2015, Keith’s previous council presented only some of these statements and arguments before the panel at his appeal, so this document is the first official entry of this evidence into the court record. At that time, the three judge panel found against Keith in a decision that seems both patently absurd, but sadly unsurprising to Keith and his supporters who witnessed the hearing.

Second, the rank injustice of the U.S. criminal legal system is unconscionable.

Keith was not allowed to attend the hearing that advanced his case toward execution and has not yet been able to see and respond to this document or Piepmeier’s motion for his execution date.

Since Sept. 17, when Piepmeier filed his motion, Keith has been spending time with close supporters and friends, continuing to focus on living his life despite restrictive supermax conditions of confinement and not allowing the threat hanging over his head to dominate his time. If the Supreme Court of Ohio ignores his lawyer’s response and approves Peipmeier’s request, Keith will likely be given a 2023 execution date.

We call for amnesty, for recognizing that the state was ultimately responsible for the deaths that occurred at their “maximum security” prison in April of 1993. No more blood should be shed, lives taken or freedom denied.

He intends to fight and defend himself against this murder the state has premeditated against him, but at a time and means of his choosing, to whatever degree possible.

Lucasville Amnesty is a project of renowned attorneys Staughton and Alice Lynd, who can be reached at salynd@aol.com.

The Great Incarcerator, part 2: The Shadow of Lucasville Screener from “urban nu-sense” on Vimeo. 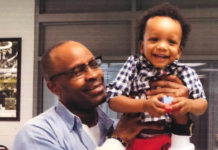 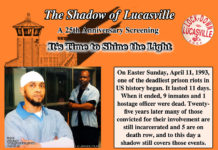