Early Saturday, Jan. 12, activists and artists gathered in a theater at the historic Redstone Labor Temple to advocate for the preservation of one the largest community centers for justice organizing in San Francisco. It’s the imposing four-story brick building that’s kept watch over 16th and Capp, a block west of Mission, since 1914.

The Mission Economic Development Agency placed a bid of $18 million in December to purchase the Redstone and allow the current nonprofits to operate in the area. If the current owner accepts the MEDA bid, the building could be preserved as a place for low-budget nonprofit organizations in the Mission for the foreseeable future.

However, uncertainty hangs over the fate of the building. The owner has set a target price of $25 million when negotiating with potential private buyers.

The Redstone Labor Temple has the potential to house dozens of activist and cultural organizations. Such a coexistence of people dedicated toward community betterment provides opportunities for people to connect with each other and realize shared goals. Members of one organization can see the various initiatives that others are engaged in, and oftentimes the result is a greater synergy for broad social and economic justice. 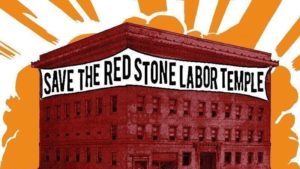 Tenants formed the Redstone Labor Temple Association to defend against the threat of predatory developers who seek to profit by clearing the building of its low-budget advocacy organizations and artists.

MEDA has urged “city officials, city departments, foundations and corporate leaders, private funders and community leaders to step up to save this building. It will take a community effort; we cannot do this alone.”

Join us in speaking out on the need to preserve the Redstone Labor Temple building as a hub of social and economic justice organizing.

Jackson Cline can be reached at jackson_cline@brown.edu and the Save the Redstone Labor Temple organizers at redstonelabortemple@gmail.com. 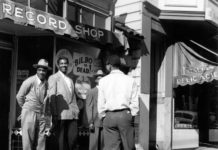 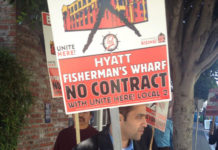