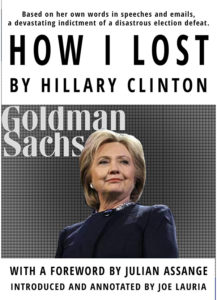 “How I Lost by Hillary Clinton” is a collection of the DNC and Podesta emails published by Wikileaks in 2016, introduced and annotated by Consortium News Editor Joe Lauria, with a foreword by political prisoner Julian Assange. Believe it or not, you don’t have to buy it from Amazon unless you want to toss a few more dollars into the bursting coffers of Jeff Bezos, the world’s richest man, who says his only business option now is to search for new markets in outer space.

Instead you can order a paperback, e-book or both from OR Books and dive back into the election year that just won’t die. On Jan. 28, CNN reported that “Hillary Clinton tells friends she’s leaving 2020 door open.” A day earlier the New York Daily News had reported less charitably that “Hillary Clinton hasn’t learned her lesson yet.”

“Get ready for Hillary Clinton 4.0. More than 30 years in the making, this new version of Mrs. Clinton, when she runs for president in 2020, will come full circle – back to the universal-health-care-promoting progressive firebrand of 1994. True to her name, Mrs. Clinton will fight this out until the last dog dies. She won’t let a little thing like two stunning defeats stand in the way of her claim to the White House.”

I read “Hillary Will Run Again” three times to make sure it wasn’t just a little joke, or maybe even a more sophisticated attempt at satire. Then I read it again, and I still don’t think so, much as I wish it were. I’ll be gladly embarrassed if anyone can convince me I’m wrong.

But what about Bernie Sanders, Elizabeth Warren, Cory Booker, Tulsi Gabbard, Kamala Harris, Kirsten Gillebrand and whoever announces next? No worries, write Penn and Stein: “You can expect her to run for president once again. Maybe not at first, when the legions of Senate Democrats make their announcements, but definitely by the time the primaries are in full swing.”

I read “Hillary Will Run Again” three times to make sure it wasn’t just a little joke, or maybe even a more sophisticated attempt at satire.

We’ve all heard of the Wall Street speeches, finally published as a subset of the Podesta emails, but on the first page of this book, Lauria explains that they were just some of Hillary’s more high-profile influence peddling:

“Clinton spoke to just about anyone who would pay, including a scrap metal and recycling conference in Las Vegas, the automobile dealers association in New Orleans, and the National Association of Convenience Stores in Atlanta. Clinton said that fees from speeches at universities went to the Clinton Foundation and not directly into her pocket.”

Sounds like a tax dodge to me, and it “didn’t stop students at the University of Nevada-Las Vegas protesting her $225,000 haul as the university was hiking tuition.” Between April 2013 and March 2015, Hillary Clinton gave 91 paid speeches averaging $235,304.35 apiece, for a total of $21,648,000, but she’d rather we didn’t dwell on it. When Joe Lauria was last in the Bay Area, I asked him how he got away with the title “How I Lost by Hillary Clinton.” He said that he, OR Books, and Julian Assange were all of the opinion that the Clinton camp wouldn’t want to attract attention to the book by pestering or suing them, and they haven’t yet. It’s an apt title anyway because so much of the book’s contents are DNC and Podesta emails, mostly penned by Hillary’s staff if not by Hillary herself.

The body of the book comes in two sections, the first being “Clinton the Elitist.” Here we read about how Hillary climbed from the upper middle class to the uber-rich via elite schools, specifically Wellesley and Yale Law School, then on to her and her husband’s political careers and all the wealth generated by post-presidential, post-cabinet speeches, book contracts, corporate board appointments, the Clinton Foundation, and other forms of bribery and influence peddling.

Despite the Wellesley and Yale Law School degrees, she sounds incoherent because of her mutually exclusive promises to protect both the financial elite and the rest of us. At Goldman Sachs’s Oct. 24, 2013, AIMS Alternative Investments Symposium in New York City, she said that she had bravely faced Americans still bitter about the 2008 financial crisis that cost millions their homes followed by the bank bailout that transferred enormous wealth to the very Wall Street elites who engineered the crisis. “Too Big to Fail” hadn’t gone down well in the hinterland, but she had taken the flak:

“That was one of the reasons that I started traveling in February of ‘09, so people could, you know, literally yell at me for the United States and our banking system causing this everywhere. Now, that’s an oversimplification, we know, but it was the conventional wisdom. And I think that there’s a lot that could have been avoided in terms of both misunderstanding and really politicizing what happened with greater transparency, with greater openness on all sides, you know, what happened, how did it happen, how do we prevent it from happening? You guys help us figure it out and let’s make sure that we do it right this time. And I think that everybody was desperately trying to fend off the worst effects institutionally, governmentally, and there just wasn’t that opportunity to try to sort this out, and that came later.”

In other words, “You owe me. I’m one of you. That’s why I say ‘we.’” And Wall Street agreed. The financial services industry and associated PACs contributed $115.5 million to Clinton’s second presidential run, close to 10 percent of the $1.2 billion raised. They contributed to both the Democratic and Republican Parties and their presidential candidates, as major corporations and business sectors always do to make sure they own a piece of whoever wins. However, Wall Street gave Trump a measly $7.9 million, most likely because of the widespread certainty that Clinton would win. 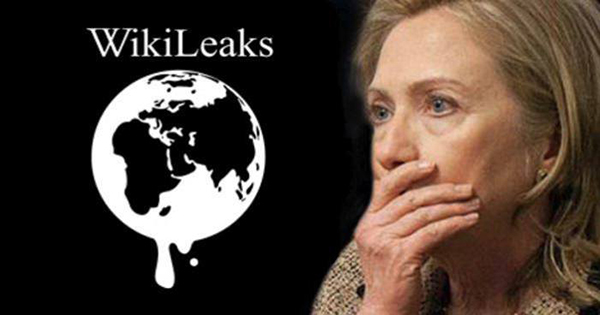 Most of those likely to read “How I Lost by Hillary Clinton” will know Hillary the Hawk, but the book is full of grim elaboration, much of it in her own words. Here’s one choice quote:

“And there is still an argument that goes on inside the administration and inside our friends at NATO and the Europeans. How do you intervene – my view was you intervene as covertly as is possible for Americans to intervene. We used to be much better at this than we are now.”

“To have a no-fly zone you have to take out all of the air defense, many of which are located in populated areas. So our missiles, even if they are standoff missiles so we’re not putting our pilots at risk – you’re going to kill a lot of Syrians. So all of a sudden this intervention that people talk about so glibly becomes an American and NATO involvement where you take a lot of civilians.”

Civilians aside, Clinton pushed for a no-fly zone in Syria right up and into her final debate with Donald Trump, despite his “America First” crusade against foreign military quagmires. Simultaneously, Obama’s UN Ambassador Samantha Power shrieked at Russia and China for vetoing her demand for a no-fly zone at the UN Security Council. Clinton brushed off fears that bombing Syria risked conflict with nuclear-armed Russia, even after it entered the Syrian theater of war at Syria’s request in October 2015.

I had a hard time putting “How I Lost By Hillary Clinton” down until I was done. Like most Wikileaks releases, it drew me into the minds of those who decide who will live, who will die, who will be impoverished and who enriched. Not only Hillary Clinton’s mind, but also those of the macabre power elites surrounding her. Who matters and who is collateral damage? Most of us, here and abroad, are in the latter category, and she lost because too many of us knew that.

Ann Garrison is an independent journalist based in the San Francisco Bay Area. In 2014, she received the Victoire Ingabire Umuhoza Democracy and Peace Prize for her reporting on conflict in the African Great Lakes region. She can be reached at ann-at-anngarrison.com. 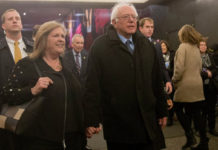 Sanders at the Vatican: What did Bernie tell the Pontifical Academy?