On Jan. 10, I did a reading of my novel, “White Knight, or how one man came to believe that he was the one who caused the San Francisco City Hall killings and the Jonestown Massacre,” at the Hunters View housing complex in Hunters Point. One of the characters in my novel was based on Tessie Ester (Cali Robinson in the book), a woman I met back in the ‘70s when she enrolled her two boys, Henry and Terrell, in Geneva Towers Children’s Center, where I was a teacher. The novel is about how she and I organized the Towers to keep the center open when the school district tried to close it after Prop. 13 – among other things.

When I reissued the book for the 40th anniversary of Jonestown last fall, I tried to call her. None of her numbers worked. When I googled her, what came up was a proclamation from Mayor Ed Lee acknowledging her death a year earlier. Thanks to Google, I found her sons, Henry and Terrell Tobias, whom I had taught in preschool, and they helped organize the reading as a remembrance for their Mom. It turns out that Tessie had become the president of the local tenants’ association and had been instrumental in orchestrating everything that’s been good about the new Hunters View development.

At the reading, I recorded remembrances of Tessie from some of the people who came. According to Rosemary Sims: “Back in 2007 I went to see Miss Tessie because the Parent University at Edgewood [Center for Children and Families] was going to lay me off and refused to give me benefits. Tessie told the boss if they laid me off by Friday, that on Monday the doors will be locked, and Edgewood would be kicked off the hill. I ended up keeping my job, and they gave me full time with benefits.”

Another participant, Lottie Titus, recalled: “There are so many things that I remember about Tessie. One of the things that comes to mind is how I was working at the Communities of Opportunity when the transformation of West Point was just beginning. We got in an argument. [I don’t remember the issue, but] she cussed me out so bad I believe that she did it to see what my reaction would be and I think because I didn’t react – I wasn’t in a frame of mind to fight about it – that’s when we started coming together more about the things that were happening in the community.

“One of the things that I appreciate about her was that during the whole process tearing down and rebuilding of this community, she was there from day one. She fought to make sure that the young men didn’t have to go somewhere else and live and could stay in their own community. That became the model – no displacement, one-for-one replacement of every public housing resident.

“I don’t care what they say and who comes in and says that the city created it. It started with her, because she knew if our boys left off this hill, it was dangerous for them. By her having male children of her own, she was a mother to all these boys, and she wanted to make sure that they were safe during this process. That was one of the things she wanted to come out of the process of redevelopment, for our children to be able to go to different communities.

“She was able to go into any community. I don’t care who it was; they respected her. It’s been amazing to see all those things that she envisioned for the young people and the families who live here in Hunters View West Point come to fruition. I know that we still have so far to go, there’s still a lot of work that needs to be done in this community, and that’s one of the reasons that I miss her terribly.

“A lot of things are happening now that would not be transpiring if she was here. One of the things that I tell the younger people that you have to take pride in your community. You got to live in the community that you love and the community that loves you – and that was Tessie’s life.” 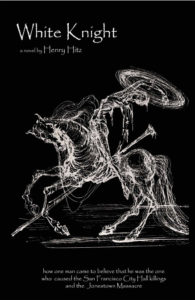 Another participant declared: “I want people that are working on the construction sites to know that it was because of Tessie that they’re working. She played one of the largest roles. Matter of fact, she would come and get all of us to fight for it. She would ask, ‘If all our young people don’t have a job, why are they bringing all these outsiders in?’

“She played such a pivotal role that if the developers didn’t roll with it, they wasn’t coming up on this hill. It’s thanks to her that our young people are gaining skills and going from apprentice to journeyman. She encouraged even the females, the younger women, to become laborers and carpenters and plumbers.

“It has to be said somewhere because I think a lot of times, we don’t honor the people that came before us, paved the road, and started a movement. She made it possible for all of us people of color, not just for construction work, but for services in the community. A lot of people have jobs because of Tessie. She had the newspapers and the TV stations on speed dial. I don’t think anyone will ever be as good as her.

“I want you to make sure that in 50 years we know this started with Tessie. Whoever tells you they started it are lying. People keep trying to take credit for stuff that they didn’t do and that blows me away. How can you take credit for something that you didn’t do in the community? Doesn’t that make you a liar?

“If you lie to the community, that’s something she did not tolerate. There were so many broken promises. If you said something, you better stick to your word. If you made a promise to the community, you better keep it, or she’s going to the news. She’s going to call out the city; everybody’s going to be on blast. One of the things she stood by was keeping our word. She made sure that even people who had substance abuse problems, she put them on a little bit. I always try to make sure the young people come after us know that there was a Tessie Ester, and she did all these things.”

The reading concluded with the decision to circulate a petition to have a street named after Tessie Ester. If you’re interested in becoming involved in this effort, you can call Tessie’s son Henry at 415-573-8126. If you have remembrances of Tessie you’d like to share – or if you’re interested in the book – you can contact Henry Hitz at http://henryhitz.com/.