Oakland has a written procedure for closing homeless encampments. Titled the Encampment Management Policy (EMP), it defines closing an encampment as “removing the encampment and using enforcement to prevent re-encampment.” It later states:

“Prior to reaching any decision to close an encampment, the EMT [Encampment Management Team] will consider the availability of alternate safer locations or other housing or shelter opportunities for the occupants of that encampment. Should shelter or other housing be available, it will be communicated to the occupants by the City’s contracted Street Outreach provider in advance of the closure. The availability of shelter will be a significant, but not dispositive, factor in determining whether to close an encampment.”

This is not what the city led the judge to believe in Miralle v. City of Oakland. The judge was led to believe that the city’s encampment closing process included offering shelter for all people evicted.

On Feb. 13, 2019, SFChronicle.com reported that, “Oakland officials plan to enforce a no-camping zone around Lake Merritt beginning Thursday as they try to move homeless individuals into shelters and clear the area of trash.” Based on Martin v. Boise, Oakland could not enforce laws that criminalize a person for sleeping in a public park if no other shelter was available to him. Lake Merritt is not exempted.

I went to watch the closing. Everyone at the Lake Merritt encampment was offered shelter. Most of them accepted the shelter and left the encampment quietly.

I spoke to one man who declined shelter in a TuffShed. As he was being evicted, he didn’t know where he was going to go or what he was going to do. He felt that a TuffShed was among the worst options available to him. He had even heard that a dead body had been found in one.

At the Lake Merritt closing, I talked to some activists about reasons people have declined shelter in past evictions. According to them, one shelter has a reputation for being especially violent – people feel safer in their encampment. Some shelters require a person to dispose of their possessions. There is a story about a homeless person throwing away his possessions only to find out he could stay in the shelter for just a couple of days. When the shelter evicted him, he was back on the streets, with nothing. There are also stories about shelters separating children from their parents.

Oakland’s EMP did not address people who declined shelter or are evicted without being offered shelter. It should. People do not magically disappear when they’re evicted from an encampment; they have to go somewhere. Most of us agree that sleeping at the lake is better than camping in a nearby private person’s doorway.

Camping at Lake Merritt and other highly visible public spaces could be a possible strategy for an unsheltered person to obtain shelter in Oakland.

I asked a couple of sources working for the city what would happen if an evicted person returns or refuses to leave an encampment that’s been closed. One person from the city’s Encampment Management Team told me that they would issue a citation to the homeless person. Yet, Karen Boyd, Oakland’s Citywide Communications Director, told me that the city doesn’t issue citations to the homeless.

Whether it’s a win or loss, each court ruling is a step toward dignity and respect for the unsheltered.

Perhaps the city intentionally dodged a fight by offering shelter to everyone evicted from the lake. But it also shows that camping at Lake Merritt and other highly visible public spaces could be a possible strategy for an unsheltered person to obtain shelter in Oakland. 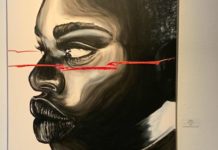