Donald Trump is trying his best to demonize Congresswoman Ilhan Omar of Minnesota’s 5th congressional district by unfairly castigating her for public remarks she has made in recent weeks. Her remarks, while not directed against Jews, have been characterized by Trump as “anti-Semitic.”

Trump’s baseless accusations are also sinister because they negate the fact that Congresswoman Omar, like most people of color in this nation, knows that Jewish Americans and African Americans alike have suffered from the bigotry and racism that is in the cultural DNA of this country. And she also knows that the history of America is replete with acts of valor by Jewish heroes as well as African American heroes sacrificing themselves to secure human dignity and justice for all Americans.

The tweeting disaster that lives in the White House fans the flames of division in America by relying upon the sensitivity of people who have suffered hurtful stereotyping. The result is a backlash of social “pseudotyping.”

Pseudotyping, in the social sense, is the false perception that criticism aimed at the behavior of an individual, or individuals within a group, is a criticism of the entire group to which those persons belong. And it arises from the well of pain created by harmful stereotyping that the entire group has suffered in the past.

Attacks on Jews and Black folk are often based upon stereotypes grounded in bigotry. While these attacks may be physically violent or even lethal on occasion, they are always hurtful. Because of this, some Jews and Black folk can be quick to pseudotype a criticism as an all-encompassing stereotype.

Because of pseudotyping, past condemnations of human rights violations by the governments of certain African nations have triggered vocal protests from members of the African American community as being racist. Likewise, condemnations of the government of Israel for its treatment of Palestinians in Gaza and the West Bank precipitates loud accusations of anti-Semitism from the Jewish American community.

As responsible citizens of the global community, we must not allow pseudotyping to cloud our judgment where a reasonable basis for criticism exists. And while there are many examples of this to which we could point, I will only address one at this time.

Since the election of two Muslim women to the United States Congress in 2018, there has been a heightened sensitivity to criticisms of the policies of the Israeli government that violate human rights, United Nation mandates and international law.

Pseudotyping, in the social sense, is the false perception that criticism aimed at the behavior of an individual, or individuals within a group, is a criticism of the entire group to which those persons belong.

The complexity of the Palestinian-Israeli crisis cannot be understated. It is a human tragedy with which the United Nations has wrestled since the end of World War II, when the Nazi attempt at Jewish extermination created a sense of guilt among politicians in Europe and the United States and the political will to provide for “a national home for the Jewish people” began to gel.

For years prior to World War II, the United Kingdom had been toying with the idea of a Jewish homeland. In 1903, British Colonial Secretary Joseph Chamberlain met with Jewish leader Theodor Herzl and offered to settle Jewish people in what is now Uganda. That offer ultimately was rejected as the leadership in the U.K. Jewish community pushed for the establishment of a homeland in Palestine.

In 1917, the U.K. Foreign Secretary Arthur Balfour sent a letter to Lord Rothschild, a leader of the British Jewish community, expressing Britain’s interest in establishing a national home for the Jewish people, stating:

“His Majesty’s government views with favour the establishment in Palestine of a national home for the Jewish people, and will use their best endeavours to facilitate the achievement of this object, it being clearly understood that nothing shall be done which may prejudice the civil and religious rights of existing non-Jewish communities in Palestine, or the rights and political status enjoyed by Jews in any other country.”

Despite Balfour’s words of protection for “non-Jewish communities in Palestine,” since 1844, the phrase “A land without a people for a people without a land” had been a popular slogan in support of the establishment of a Jewish homeland in Palestine. This sentiment negating Palestinians was an echo of America’s Manifest Destiny doctrine that negated the existence of the Native Americans on the North American continent. Given this sentiment, it is no surprise that for more than 70 years, the government of Israel has forcefully removed Palestinians from land that they occupied for centuries – and possibly millennia.

There has existed a constant state of hostility between Jews and Palestinians, along with neighboring Arabs, before and since 1947, when the United Nations voted to institute a Partition Plan that divided Palestine into a Jewish state and an Arab state with Jerusalem as an “International City” to be shared by both. And the wars and conflicts between the two sides have been too numerous to discuss in this short commentary.

Governments should be criticized when they cause suffering and death, but we must not conflate the acts of some with the intentions of all. And we must not assume that a criticism of some is a criticism of all. We must neither stereotype nor pseudotype.

I believe Congresswoman Omar is critical of many of the policies of the Israeli government towards Palestinians. But I also believe that a fair reading of her statements, which have been the object of so much controversy, will bear out that she has not disparaged Jewish people, as a group, through implication or otherwise.

Donald Trump and his minions have seized upon the tendency of the fearful to pseudotype and weaponized this against Congresswoman Omar. Trump does this because he always needs to rail against a “villain” in front of his supporters. And in most cases, it is a villain he has conjured up out of lies. 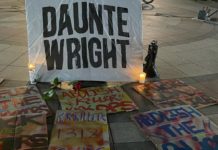 Living within a lie 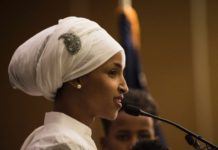