Last week was one of contrast over the issue of war and militarism as the North Atlantic Treaty Organization (NATO) came to Washington, D.C. “No to NATO” protests began on March 30 and continued until the meeting of NATO foreign ministers on April 4. While people were opposing NATO’s aggressive militarism, the two Wall Street and war parties were giving the NATO general secretary standing ovations.

Many Greens, working with other peace and anti-imperialist activists, helped to organize the week of actions and many other Greens participated. The Green Party showed itself to be the alternative to the two-winged War Party of the Democrats and Republicans, a party that stands for an end to militarism and imperialism.

The protests began on March 30, 2019, with a mass rally and march across the street from the White House in Lafayette Park. The event was organized by the United National Antiwar Coalition (UNAC), whose national co-coordinator is Joe Lombardo, a Green Party member from Albany, N.Y. Lombardo, an antiwar organizer since the Vietnam War era, immediately announced a response to NATO when their meeting was made public.

Lombardo framed the protest as stopping wars abroad and at home. emphasizing the wars at home when the April 4 date was chosen by NATO. It was important to highlight militarized police and police abuse in communities of color, especially on the anniversary the assassination of Rev. Dr. Martin Luther King Jr. being killed by the government in 1968 and his important speech, Beyond Vietnam, which called for an end to war given one year before his murder.

Ajamu Baraka, the former Green Party vice presidential candidate who is the national organizer of Black Alliance for Peace (BAP), was also involved in organizing the week of events. BAP had a large presence at the events and on the evening of April 4 held a commemoration of BAPs founding two years ago.

Baraka emphasized that the working class, Black and white, should not be risking their lives to defend Western capitalism. Baraka called for an end to U.S. imperialism around the world with a special emphasis on Venezuela, which is now being threatened by the United States that is conducting an economic war against it.

Baraka emphasized that the working class, Black and white, should not be risking their lives to defend Western capitalism. Baraka called for an end to U.S. imperialism around the world with a special emphasis on Venezuela.

The 2012 vice presidential nominee also participated in the events. Cheri Honkala leads the Poor People’s Economic Human Rights Campaign (PPEHRC). She decried the mass spending on militarism when there are many unmet human needs including poverty, homelessness and economic insecurity.

At the NATO protests, PPEHRC announced the Poor People’s Army that will advocate for a shift in spending from weapons and war to housing, healthcare, ending poverty and free education from pre-K through college.

These views were consistent with those expressed by Howie Hawkins, who just announced an exploratory committee for the Green presidential nomination. He scheduled his announcement so he could be in Washington, D.C., to be part of the NATO protests.

Hawkins joined in calling for the end of NATO and at least a 50 percent cut in federal spending on the military. At a rally at the Martin Luther King Jr. Memorial, Hawkins called for an Economic Bill of Rights that would confront the triple evils identified by King – racism, militarism and capitalism – in the context of an ecosocialist Green New Deal.

Hawkins was the first person to run a campaign calling for a Green New Deal when he ran for governor of New York in 2010.

Hawkins was the first person to run a campaign calling for a Green New Deal when he ran for governor of New York in 2010.

Pat Elder, a Green from Maryland who ran against Steny Hoyer in 2018 and a leader with World Beyond War, helped to organize a Peace Festival on April 3 and the protests at the State Department and Martin Luther King Jr. memorial on the fourth. Pat’s work with Civilian Exposure focuses on how the military poisons the environment. He described how NATO poisons the Earth by using chemicals at military bases that cause genetic mutations.

Popular Resistance, which I co-direct with Margaret Flowers, MD, also helped to organize the week of events through the newly organized Peace Congress, which formed out of the successful campaign to stop the Trump military parade. The Peace Congress worked for unity around the NATO protests to ensure the multiple peace groups involved in the planning worked together to form a cohesive peace force against NATO.

Flowers, a 2016 Green Party U.S. Senate candidate and co-chair of the Green Party of the United States, said: “We need a strong unified peace movement at this time of never-ending war and record-setting military budgets. The United States is a fading empire that continues to cause chaos and destruction around the world. It is time for the transformation of U.S. foreign policy from war and domination to diplomacy and cooperation with other countries.”

Tom Violett and Diane Moxley, Greens from New Jersey, along with independent Jan Weinberg were also at the week of actions. They are all members of the Peace Congress and are organizing a New Jersey Peace Congress meeting this June.

The Green Party has long been an anti-militarist party whose platform calls for peace and disarmament. This includes the abolition of nuclear and chemical weapons, a no-first-strike policy and a major reduction in military spending as well as a prohibition on arms sales to foreign governments. Peace is one of the four pillars on which the Green Party is built.

Greens who were involved in organizing the “No To NATO” protests are one example of many that demonstrate that Greens are leading organizers of political movements for economic, racial and environmental justice as well as peace. Greens who run for office bring those views into elections and impact the priorities of the nation. The Green Party strives to be the political party of the popular movement for transformational change.

The Green Party has long been an anti-militarist party whose platform calls for peace and disarmament. Peace is one of the four pillars on which the Green Party is built.

Note to readers: Greens are political activists and can be found in every movement for economic, racial and environmental justice as well as peace. They do not organize as Greens but as people who are part of the popular movement. This article about the week of protests against NATO highlights Greens who participated, often as organizers with other peace and justice activists. There were many more Greens at these events than are mentioned. I apologize to those who are omitted.

Please click the share buttons below. Forward this article to your email lists. Crosspost on your blog site, internet forums etc.

Kevin Zeese co-directs Popular Resistance and is on the coordinating council for the Maryland Green Party. Contact him at info@popularresistance.org or @KBZeese. This article was originally published on Independent Political Report and republished on Global Research.

To solve multiple crises at once, Sanders and Ocasio-Cortez unveil ‘Green New Deal for Public Housing’ 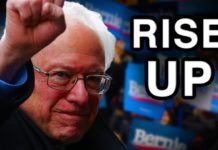