On April 18, 2019, the San Francisco Board of Supervisors called for an investigation of the San Francisco Police Department (SFPD) for improperly leaking a confidential police report regarding Mr. Adachi’s death, which would later be disseminated throughout the country. We do not know the motive for leaking the report or how it occurred.

We do know, however, that this is an issue that concerns the public trust in the police department, whose officers are bound by duty and oath to protect the people and protect confidential information. SFPD has acknowledged that the release of the report was improper, and they confirmed that they have launched an investigation to obtain information regarding the source of the leak.

On Friday, May 10, 2019, in a now highly publicized police action, SFPD seized Mr. Bryan Carmody’s property in relation to the ongoing investigation regarding the leak of the confidential police report.

Mr. Carmody has been identified as the individual who was given the police report by an unknown source at the SFPD.

The Office of the Public Defender has no authority over how SFPD conducts this or any other investigation, and to suggest otherwise is false and a dangerous interpretation of our role, as well as our historically adversarial relationship with the San Francisco Police Department.

Let it be clear that we do not condone any action which infringes on civil liberties – our duty is to defend San Franciscans from all walks of life, which frequently involves championing First and Fourth Amendment rights. This is a core reality of our professional mandate and ethic. Our commitment to civil rights is demonstrated every single day.

The responsibility for the police action against Mr. Carmody lies with the SFPD. Our office is not privy to the justification for their actions nor are we fully aware of how the search warrant was executed.

The Office of the Public Defender does not condone or support excessive police actions ever. We regularly see the fear, trauma and lasting damage to our indigent clients – largely Black and Brown people – when the police execute warrants by breaking down doors, flashing guns and handcuffing occupants. To the extent Mr. Carmody experienced such treatment, we support his efforts to seek redress.

The Office of the Public Defender does not condone or support excessive police actions ever. We regularly see the fear, trauma and lasting damage to our indigent clients – largely Black and Brown people – when the police execute warrants by breaking down doors, flashing guns and handcuffing occupants.

Regardless of what happened on May 10, the police have yet to uncover the officer or officers from its own ranks who disclosed this report. Our office, Mr. Adachi’s family and the citizens of San Francisco have the right to know what happened. Specifically, we want the following questions answered:

These are questions that affect our basic security as residents of San Francisco. The rights of all people, including Mr. Carmody, must be protected in the investigative process. If these questions go unanswered, then we will allow police misconduct to continue, which will threaten us all. 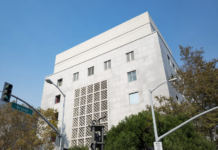 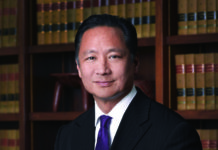 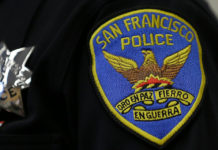 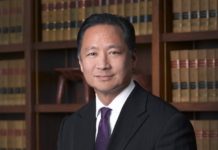