The intrepid journalist and author Glenn Greenwald, in his 2014 work, “No Place to Hide” (Metropolitan Books: NY), offers a damning portrait of the U.S. media, long trained to worship at the altars of power, as agents of first attack against those journalists who dare to question or expose imperial edicts or escapades.

Indeed, Greenwald himself details how establishment reporters began their attacks by questioning both his status as a journalist and his psychological wellness.

Assange and his collective, WikiLeaks, have been whistleblowers and transparency activists, determined to shine light on government activities everywhere.

Ecuador’s decision to withdraw its welcome to Assange has exposed him to the venom of the American government, largely for showing U.S. atrocities committed during the Iraq War.

And although Assange didn’t work as a reporter, he compiled great amounts of data and shared it with great newspapers, which, while publishing his data, still tried to demonize, denounce and question his sanity.

Assange’s work has shown us how governments – including the U.S. – really work.

For that, he has earned high praise.

Assange from prison: ‘I am counting on you to save my life”

Julian Assange, founder of WikiLeaks, stated in a letter that he is unable to defend himself in prison in the face of U.S. attempts to obtain his extradition and possibly his death.

In the handwritten text dated May 13 and sent to British freelance journalist Gordon Dimmack, the Australian activist called on all those who share his ideals to fight “until the day he is free.”

“I’m helpless and I count on you and others of good character to save my life,” Assange said, lamenting that the days when he could organize his defense are behind him. “Everyone else should take my place,” he added.

The founder of WikiLeaks, incarcerated in Belmarsh Prison in the U.K., said that he had no access to a computer, Internet or any other type of reading source and, if he does, “it would only be for half an hour once a week.”

“The other side? A superpower that has been preparing for nine years, with hundreds of people and millions of undisclosed dollars having been spent on the case,” Assange said just days before the federal prosecutors in Virginia announced 17 new criminal charges that raise the potential sentences against him to 175 years.

“The U.S. government, or rather the unfortunate elements who hate truth, freedom and justice in it, want to pave the way for my extradition and death,” said the activist before recalling that his journalistic work has been nominated seven times for the Nobel Peace Prize. “In the long run, truth is all we have,” he said. 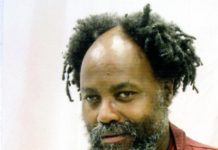