The mood was a contemplative one. David Banner’s God Box phenomenon something creatively I was still trying to digest when the phone rang. After early morning pleasantries, we quickly went deep as in take no prisoners Africans reflecting on the state of a people who still believe in the okeydoke – after, as Banner says, white America has proven it is the greatest lie ever told. His Southern roots resonate in Oaktown, most of us transplants from one of the five colonies the Republic of New Afrika claims. Banner is from Mississippi, a Magnolia State like neighboring Louisiana – my home away from home.

Free Brown’s Uppity Edutainment for the past three years has hosted a variety of what its founder calls “edifying artistic expressions as a catalyst for change.” One of Uppity’s goals is to reframe popular notions of what Blackness is. Nowhere is this alignment philosophically clearer than with David Banner and his God Box. The Grammy Award winning music producer, recording artist, philanthropist, activist and actor is bringing his lecture tour, a collection of thought-provoking lyrics housed in a metaphysical and actual container, to Oakland for the Black Business Fair, May 4, 4-7 p.m., at Laney College Performing Arts Center Theatre, 900 Fallon St. It’s a fundraiser to benefit Hope Task Force’s Multi-Service Day, Sunday, May 19, at the West Oakland Youth Center, 3233 Market St.

Banner will speak at 7 p.m. However, earlier that afternoon at the Black Business Fair at Laney College’s Odell Johnson Performing Arts Center (theatre), 900 Fallon St., there will be an opportunity for people to enjoy healthy food for the body and soul with vendors and entertainers. For tickets, visit GodBoxOak.com.

In a recent interview, Banner and I spoke about his God Box, the power of art and imagination, trauma, body as sacred instrument, Sankofa, food as medicine, discipline and why Oakland was the first place he put up billboards when he launched his recent project, because Oakland stood by him when no one else did.

When I ask Banner, so what’s the God Box, he quotes his friend, Erykah Badu, who cautions him about “defining his art, because if we are truly doing what we’re supposed to do, we are only the conduit to something higher. Maybe God is trying to get a message to the world through you.”

It would be disappointing if an artist defined his work and in doing so alienated his fans. Better not to say too much, though Banner is tickled when he reflects on some of the descriptions of the God Box. He is also moved when elders tell him his album changed their spiritual trajectory or a young woman shares how while at a gas station wearing her God Box t-shirt, she has one of the most amazing conversations of her life with a stranger. I get the feeling though that Banner is not going to give up the goods on the God Box (smile).

“What I’ll say is that we are looking for God and the answers to life in the wrong place. If you really study the cover the album and listen to the outtake it will explain where I believe God is. I think if our people, descendants of African people, found where God was again, our whole perspective or direction would change [too]. For me to tell people what it means, I think I would be crippling, but they can go pick it up at DavidBanner.com.

“I was trying to find a way to package all of this new information on my life. The only mistake that I made is I wish I would have put something in there from Dr. Sebi or Dr. Afrika about food, because that is such a big part of who I am. Fasting, and paying attention to the way I eat. People trip on how good I look. I choose to eat right. The way that I eat opens my mind up. I hear signals and messages so much better.”

“When I think about things. They happen

“I can actually do what I think about. I’m so powerful, I need to give more honor to that. The divine power in me and be deliberate. …

“Why would I allow myself to drift when I can direct it? I was born with the instructions. Right and exact, consciousness, inner guidance, knowing, choosing how to act in every situation. I create me. Believe it. Turning thoughts into things. Turning vibrations I feel into thoughts. Impulses I receive …” 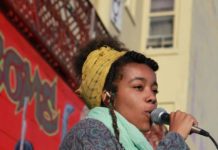