Berkeley Copwatch renewed its call for a ban on the practice of hooding mental health patients and supports a proposal coming before the Berkeley City Council from the Mental Health Commission on July 9 to ban the practice. Please attend the meeting and speak out for humane alternatives.

Although most officers in Berkeley have received an eight-hour orientation on “de-escalation,” the overall culture of the department is to treat people with mental health issues as suspects rather than as patients. This mindset lends itself to the use of weapons and restraints as opposed to other, more professional and humane responses.

We believe that Berkeley Police should be prohibited from using hoods on people and, if they are concerned about saliva exposure, they should protect themselves by putting a surgical mask over their own faces.

According to a statement submitted to the City Council by Terry Kupers, a board-certified psychiatrist and a professor at the Wright Institute, the practice of hooding people is in itself a traumatizing event. “We want to make every effort to make certain that the experience of interacting with police and being taken into custody does not constitute an unnecessarily traumatic experience that serves as a ‘re-traumatization’ for individuals with traumatic pasts, and exacerbates mental illness and makes eventual prognoses (or recidivism in the criminal justice context) much more dire. Clearly the application of a spit hood is a very traumatic event in the best of cases.”

It is surely not news to anyone that the use of hoods on detainees is associated with the worst of the worst: executions, lynchings, death squads, kidnappings, illegal detentions and other terrorizing events. Of course, the people of Berkeley are rightly traumatized and upset when they see their police hooding detainees.

However, Berkeley PD currently supports a policy that would allow officers who “reasonably believe” that a detainee WILL bite or spit to put a hood on the detainee.

Berkeley Copwatch has expressed concern that, if a person’s face is covered, officers cannot effectively monitor the coloration of the face and lips to identify respiratory distress or blockage. Hooding is a dangerous and dehumanizing practice that has no place in the mental health system.

Our people need counselors, not cops. When they cry out for help, they should receive help not a hood.

For more information, contact Berkeley Copwatch at berkeleycopwatch@yahoo.com or 510-548-0425.

More on the dangers of spit hoods from Britain

A story on trueactivist.com headlined “In October, UK Police Will Begin Placing Hoods On People During Arrests” reports:

“In the US, the use of spit hoods has been linked to several deaths. There have been several cases where police pepper-sprayed individuals before placing them in spit hoods. The involuntary reactions to pepper spray often include spitting and mucous discharge as spray causes the breathing passages constrict.

“In such cases, people must continue to breathe in pepper spray residue without proper ventilation which has resulted in serious injuries or death. Any person who is placed in a spit hood that is bleeding from the nose or face, a common occurrence in today’s world of militarized law enforcement, can have their breathing restricted since the blood can also coat the interior of the hood.

“Once any type of bodily fluids, spit, blood, or otherwise, makes contact with the interior of the spit hood, the mesh fabric becomes clogged and ceases to allow the flow of air. This has resulted in several deaths as well as irreparable brain damage for some survivors. In addition, the hoods make it difficult to tell if the person wearing the hood is having difficulty breathing or is in distress as the hood obscures the view of their face.” 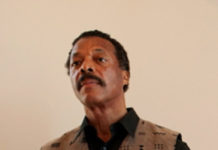 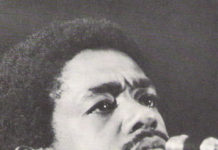 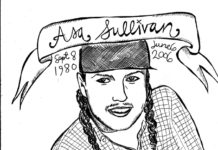