by Communities United for Health and Justice Media Committee

On Sunday, Aug. 11, 2019, residents of the Excelsior and community-based organizations will host an action to march, drum, shout, chant, scream, sing and perform – expressing the collective angst, desperation and fear felt by the Excelsior community about the displacement and increased risk of homelessness that will be brought about by the proposed luxury housing development at 65 Ocean Ave. The action is also a demonstration of the struggle and adversity that San Francisco communities under threat experience every single day in the city’s current housing affordability crisis.

Throughout the neighborhood, at kitchen tables, barber shops and schools, Excelsior residents overwhelmingly agree they feel under threat and that the gentrification of one of the last affordable neighborhoods in San Francisco is a direct attack on low-income families of color. More than 700 neighbors have signed a petition opposing this proposed largest-ever luxury housing development; the proposed development is not affordable, it is anti-family, and the rents of the proposed luxury property would push up the rents of local tenants and small businesses to a price the current community absolutely cannot afford.

The Excelsior is San Francisco’s neighborhood with the highest number of children and seniors, with many intergenerational households, and yet Presidio Bay Ventures’ plans for 65 Ocean are for a 191-unit development that will be unaffordable to the vast majority of current Excelsior families and seniors and will provide few family-sized units. Additionally, the housing development will result in the relocation of two preschools long held as community pillars in the Excelsior, the Crayon Box and Little Bear – which raises the cost of childcare in the neighborhood and disrupts the stability and livelihoods of the children and families that are currently being served by these facilities.

Neighbors point to the new market rate development at 33 Seneca as an example of why luxury housing is a failed solution for the Excelsior neighborhood. The Cheshill Project is advertising 1,300 square foot apartments at a monthly rent of $5,550. In order to afford these “market rates,” a renter must earn $199,800 per year, whereas the median household income in the Excelsior is $68,550 per year. “With the addition of 65 Ocean, my community feels under siege as if it has a target on its back,” says Gilbert Williams, a carpenter and life-long resident of the Excelsior.

What Excelsior community members are saying

“As a 25-year resident of the Excelsior, I say No to luxury housing at 65 Ocean.” – Marcelino Romero

“As a mother and low-wage worker, I say No to luxury housing at 65 Ocean.” – Maria del Rubi Merino

“I speak for the future generations of the Excelsior when I say No to luxury housing at 65 Ocean.” – Gene Alejo

The event on Sunday, Aug. 11, is spearheaded by Communities United for Health and Justice (CUHJ), an alliance of Excelsior neighborhood-based organizations in San Francisco’s District 11, including Coleman Advocates for Children and Youth, the Filipino Community Center, People Organizing to Demand Environmental and Economic Rights (PODER SF), Bernal Heights Neighborhood Center and Chinese for Affirmative Action (CAA).

CUHJ’s mission is to build a united voice among the working class, low-income immigrants, people of color, youth, families and elders to advance community-based solutions and equitable development and to foster a just local economy. CUHJ is a champion for people-powered community development, protecting and advancing community health clinics, childcare centers, urban farms, workforce centers and affordable housing, including those at the Balboa Upper Yard and the Valente Mortuary.

Jessie Fernandez, program manager of CUHJ, says: “The time is now for the Excelsior to stand up for what we need and against what will harm us. If we allow luxury housing to price local families out of the Excelsior, what’s left of San Francisco? We will not let the Excelsior go without a fight!”

Communities United for Health and Justice is an alliance of five neighborhood-based organizations in San Francisco’s District 11. For more information about this and future actions, please contact Charlie Carlo Sciammas at carlo@podersf.org or call 415-615-2632. 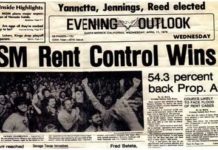