Under the leadership of Chairman Shaka Sankofa Zulu, the New Afrikan Black Panther Party and its mass organization, the United Panther Movement, has been organizing “No Prison Fridays” protests in Newark, N.J., since April.

These mass rallies, which quickly grew from a few dozen to several hundred protesters from local communities, began in opposition to plans by New Jersey officials to build a youth prison in Newark on South Orange Avenue, a couple of blocks from Westside High School.

With the rallying cry “Build Communities Not Prisons” the Friday protests raised broad public awareness of the role of U.S. prisons as weapons of counterinsurgency serving to repress and contain marginalized communities, while operating as a multibillion dollar industry for prison profiteers and the politicians whose pockets they line, that feed off the misery and deprivation of these communities.

The protests also made the connection between modern prisons and the old chattel slave system with the slogan “Fighting from 1619 to 2019.” 1619 marked the year the first Afrikans were brought as slaves to the English North Amerikan colony.

The persistent turnouts of people’s power community outrage each week compelled New Jersey Gov. Phil Murphy and his attorney general to announce in early May that they had scrapped plans to build the youth prison at the planned site.

Undeterred, the Panthers and communities continued to turn out hundreds at the weekly “No Prison Fridays,” since they remain concerned that the prison would simply be located somewhere else, to still serve its vile purpose. This has allowed the community’s consciousness to continue to grow in relation to mass imprisonment, and the utter refusal of the establishment to use the billions in wealth taken from the people in the form of compulsory taxes to serve and build healthy communities.

It is with this understanding that the NABPP and UPM are organizing Serve the People programs to assist the communities in organizing their own resources and labor power toward restoring them as base areas of cultural, political and economic revolution. 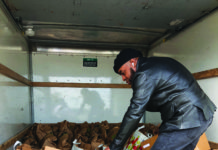 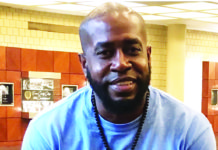 The Black Panther Party of 1966 and the New United Panther Movement: Continuity and Renewal