With Lady Liberty standing out in the harbor with her flaming torch held high for all to see near and far, she asks for your tired, poor, poverty stricken humble souls yearning to breathe free in the land of liberty. Well, Lady Liberty must be crying her eyes out while Donald Duck sits on his mighty throne from the Big House insisting that Congress not Mexico give him $5.7 billion to build a wall along the Southern border to keep our Southern, Central American and West Indies brothers and sisters, Mexicans, Hondurans, Guatemalans and Haitians and other so-called minorities who Duck’s wall is really meant to keep out of the liberty.

So I join with my Mexican Brother Emundo Cerda Anima in calling for our communities to come together and build that BRIDGE and defeat Donald Duck’s call for a wall that he said the Mexican government would pay for. Instead – build that bridge and stop the weeping of Lady Liberty by giving her your tired, poor, poverty-stricken, war-worried humble masses.

We are tired of so much seeing and so much hearing about how in this land our people are offended, insulted, humiliated and discriminated against non-stop.

From Angola prison today, the Hispanics would like to talk a little about history and freedom. “Wet-backs,” “aliens,” “foreigners” we are called, and even by many other names. In pleading our case, it is necessary to return to history, for history itself by its facts will clarify once and for all that in America there have always been some Hispanics, and will always be. This is the land our Creator one day was pleased to give to us.

Others were the intruders, who in search for refuge and freedom dared one day arrive to our land. We know everybody forgot that already; therefore, today we remind them of that. It was people from Great Britain who sailed that day. Their reasons for leaving were poverty and the oppression under which they lived. Yearning for freedom, they longed to arrive in America.

For all over the world it was heard that this beautiful land filled our people with blessings. With help from their King, they crossed the seas and suddenly awoke on these lands.

America, you cannot deny to us that on that day you saw a dejected and oppressed people; for that you embraced them with love on your land. Then you shared with them what you offered to our people. And to that you added sweet peaceful days, sincere love and blessed freedom, which those peoples came to seek from you.

That was the reason Great Britain on that day of return made demands on you. I learned that on March 5, 1770, British soldiers violently patrolled your streets demanding from those foreigners loyalty to their king and country.

However, as we have already said, America, your blessings have always been sweet and abundant, and that was sufficient reason for that people to refuse to abandon you. Preferring to renounce their country forever, on the fourth of July, 1776, in Philadelphia, 56 men faced the British government.

They strongly argued that it was better for us to die than to abandon America – this beautiful land and this blessed freedom. That’s how on that afternoon, America, those foreigners were added to you, without thinking that as time went on, one day those peoples would also betray you. Little by little, by various intrigues, they began to take this land. That was not enough for them.

To continue to enslave the people, they passed laws and regulations. With cunning and malice, they formulated the 13th Amendment, for they saw that was the way in which they could become owners of the people and of the land. So they adopted those laws and that amendment.

Forgetting the brave ones like Lincoln, Martin Luther King, Jr., and many more, and the history spoken hereof, today in America they preach freedom. Blessed it be, we have said!

After such victorious fighting, there should be no more slaves. Therefore, the 13th Amendment’s slavery clause should be erased: for it in inspires only betrayal and horror. Or, could it be, beautiful America, that your freedom is just a lie?

Even here in Angola prison, Hispanics throughout history make clear that we are Americans, and that, even though the land was taken from us, they cannot take from us or erase from this land our name, our history, our culture and language. 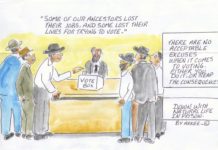 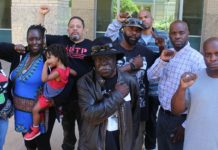 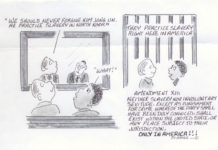