San Francisco – The Young Women’s Freedom Center, in partnership with the San Francisco Department of Children, Youth and Their Families (DCYF) and the San Francisco Adult Probation Department, has released the findings of a report that shows the dire impact of criminalization on women, girls and transgender and gender non-conforming people of color – from housing instability to economic hardship and the intergenerational trauma of mass incarceration.

The report was shared at “Our Own Words,” an event co-sponsored by San Francisco Supervisors Hillary Ronen, Matt Haney and Shamann Walton. “A Radical Model for Decriminalization: Centering the Lives of SF System-Involved Women, Transgender and Gender Non-Conforming People (TGNC)” presents a picture of the lives of San Francisco’s most marginalized communities and explores how individuals navigate systems such as housing, foster care and juvenile and adult justice.

“We need to listen and trust system-impacted people to be the drivers and leaders for change,’’ said Jessica Nowlan, executive director of Young Women’s Freedom Center. “Our hope is that these findings empower people impacted by the juvenile and justice systems to hold policymakers accountable to achieve justice and liberation for our communities.”

The research was conducted from 2017 to 2018 by a youth-led team from Young Women’s Freedom Center, which interviewed 100 system-involved women and TGNC people. The release of the report also coincides with the launch of the Young Women Freedom’s Center Freedom Research Institute.

At the event, the Young Women’s Freedom Center also honored three community leaders with the Cheyenne Bell Legacy Award. The award honors individuals who work with and on behalf of those striving to improve the conditions of the juvenile and adult justice system for young women and men in the Bay Area:

The Young Women’s Freedom Center has worked with young people in San Francisco who have been impacted by the juvenile justice, criminal justice and foster care systems for 20 years to demand alternatives to incarceration for youth. Most recently, the Center led the efforts to pass historic legislation to shut down the city’s juvenile hall by 2021.

The mission of the Young Women’s Freedom Center, originally called Young Women’s Development Center, is to empower and inspire young women who have been involved with the juvenile justice system and/or the street economy to create positive change in their lives and communities. Since 1993, the organization has begun their transformative work by meeting young women where they are: in juvenile halls, jails and on the streets and linking youth development and youth organizing strategies with the mission to provide gender-specific, peer-based opportunities for high-risk, low- and no-income young women. For more information, visit youngwomenfree.org.

Layla Crater, Bay Area journalist, can be reached at layla@change-llc.com. 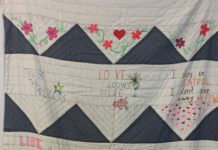 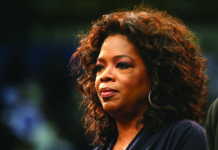 What do Oprah, Kendrick Lamar and ‘The Rock’ have in common? They want kids in distress to know they’re not alone