Aramark, an Indiana-based food vendor that made the Forbes list and was named by Fortune 500 as the 27th largest employer, is a textbook case of capitalist corporate profiteering.

At the profit end, with contracts in venues ranging from sports franchises to prisons across the country, Aramark brought in a reported $14 billion in revenues in 2018, with its CEO Eric J. Foss making $16 million.

Consistent with the exploitative illogic of capitalism, the huge profits were acquired by Aramark keeping expenditures as cheap as possible while devising schemes to sell low quality goods at exorbitant prices, particularly in relation to its most powerless recipients. In this case prisoners.

A history of prison scandal

Prison systems all over the country contract with Aramark for food services, under a growing trend of prisons moving to cut costs by privatizing many of their custodial functions, including food service. In turn the private food vendors, also aiming to cut costs so as to reap the greatest possible profits, serve prisoners low quality food under filthy conditions.

Over the years Aramark has remained embroiled in scandals behind the horrible quality and conditions of its prison food services.

In 2015 the Detroit Free Press reported Aramark serving rat- and maggot-infested foods in Michigan prisons, and attempting to serve prisoners food taken out of the trash. As a result of this exposure Michigan’s prisons terminated their Aramark contract. In March 2016 a study by the Institute of Research on Labor, Employment and the Economy at the University of Michigan found that Michigan guards admittedly refused to eat Aramark food because of its unsanitary handling and conditions.

Aramark contracts food services in prisons in its home state of Indiana, where I’ve been confined since November 2018. Although I had read about Aramark’s notoriously foul food services while confined in other states, my first direct experience came upon my 2018 transfer into the Indiana Department of Corrections, or, more accurately “Corruption” (IDOC).

In the IDOC, I suffered my worst food experience in nearly 30 years of confinement in five different states.

Upon my transfer to Indiana I was initially confined at the IDOC’s Reception and Diagnostic Center where food could not be purchased from the commissary and where I was literally starved on the standard Aramark diet.

Five days per week we received two “hot” meals and a cold bag lunch. Only on weekends and holidays did we receive three daily “hot” meals. I say “hot” only to indicate they were cooked meals served on trays, but the temperatures were always below room temperature — often refrigerator cold.

The standard breakfast meal was near or totally bread. A typical breakfast consisted of something like two slices of bread, a tiny piece of coffee cake, a small serving of grits, a packet of generic cool aid, and a small cup of half dissolved powdered milk.

The sack lunches always consisted of four slices of bread, a spoonful of pbj cut with oil, a sliver of processed lunch meat, a cool aid packet and a small cookie.

The typical dinner was noodles with processed meat the size of a meatball crumbled in with it, about 2-3 ounces of some overcooked canned vegetable (usually chopped up carrots or string beans), two slices of bread and a tiny piece of plain cake.

Although I literally ate everything I received at each meal I still lost over 10 pounds in the brief time at RDC, which was medically documented. I was weighed upon my arrival at and departure from RDC.

On Nov. 29, 2018, I was transferred to Pendleton Correctional Facility (PCF), where I remain and where Aramark serves the same meals as at RDC. The only difference being we receive an apple with the weekday sack meals. To regain and maintain my weight here at PCF I have basically had to eat from the commissary, an option not available to most prisoners, who have little to no financial resources or support.

It is rather apparent the starvation diet is at least in part to induce prisoners who can to buy food from the prison commissary, to the profit of the private commissary vendor from whom the IDOC receives kickbacks.

And here is where Aramark’s exploitation game really comes into play. Not only does it serve ridiculously small and unpalatable meals on the prison menu but it serves us no “real” meal meat products.

All cooked “meat” items are cheap processed patties that are both disgusting to the taste and made of fillers or soy. They have textures and taste nothing like the meats they purport to imitate. We never receive real chicken – except on some holiday meals – or beef, fish etc.

And every few weeks Aramark advertises a special Fresh Favorites meal on the prison’s closed circuit television station, like a pizza with sides, dessert and large soda. All at a special price.

Not only does Aramark pocket huge sums of the taxpayer dollars it receives to provide prisoners nutritionally adequate and palatable meals, while selling them the foods they’re supposed to receive on the prison menus, the corporation also refuses to provide prisoners medically ordered diets that require Aramark to serve foods it doesn’t want but is supposed to serve on the prison menu.

I’ve witnessed this in a number of cases, one involving one man who was my neighbor here at PCF.

In this case, Earlie Berry Jr. has life threatening peanut and soy allergies. He has documented physician orders to receive a diet free of these substances. Most of the fake meats Aramark serves have soy content and the lunches contain peanut butter five days per week. Therefore Earlie’s diet requires real meats at each meal, meats that Aramark refuses to serve on the prison menus.

I’ve witnessed since being at PCF to present Aramark outright refuse Earlie the required diet and serve him meals he’s allergic to. He is presently suing Aramark over this. (See Earlie B. A. Berry, Jr. v. Aramark Food Company, et al., Case No 1:18-cv-0365-JRS-MPB, U.S. District Court for the Southern District of Indiana, Indianapolis Division.)

As is the case under this exploitative capitalist system, Aramark’s main drive is to exploit every opportunity to turn a profit, despite the obvious and known dangers to others’ lives and health.

Even sewer rats show a higher morality than this. 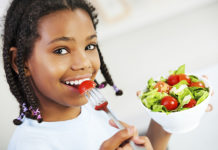 Food insecurity increases in the Bayview