To those of you who participated in the Free Imam Jamil, Free ‘Em All Media Campaign Week Aug. 18-25, we both thank and congratulate you. We as a team confirmed participation with over 75 media professionals and produced more than 50 media products that will continue to be used as educational tools. We also received overwhelming voiced support for our strategic objective to build a global network of like-minded media professionals.

The struggle demands that we intensify our efforts. The media campaign is extended for two weeks beginning on Friday, Sept. 20, through Saturday, Oct. 5. This is being done to turn up the attention for the upcoming conference organized and initiated by the Re-Learning Rap Collective hosted by IJAN (the Imam Jamil Action Network) in conjunction with MXGM (the Malcolm X Grassroots Movement). The conference is titled “Re-Learning H. Rap Brown,” scheduled to be held in Atlanta, Georgia.

The conference begins at 10:00 a.m. Friday morning at Langdale Hall, Room 300 on Central Avenue near Decatur Street on the Georgia State University Campus in downtown Atlanta and will adjourn at 7:30 p.m.

The conference resumes at 10:00 a.m. Saturday morning at the 1192 Lucile Ave. Speaking at the conference will be former SNCC members and contemporaries of H. Rap Brown such as Courtland Cox and Zoharah Simmons, along with activist scholars Ward Churchill, Robyn Spencer, Michael West and Akinyele Umoja.

The conference is scheduled to officially close at 6:30 p.m. to be followed by a unity gathering of supporters of Imam Jamil Al-Amin. The unity gathering will be from 7:00 until 10:00 p.m. at the Dawah Center.

The conference is free and open to the public. Registration will be on site.

This conference will be the first IJAN activity held in absence of the leadership of our dearly departed leader Imam Khalil Abdul-Rahman, special assistant to and national representative of Imam Jamil Al-Amin

For more information, contact Nyeusi Jami at mxgmatl@gmail.com or Roger Clendening of the Imam Jamil Action Network at roger.clendening@gmail.com. 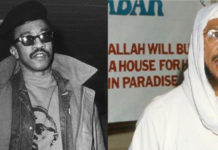 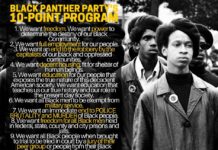