The House impeachment inquiry has been at the top of the news since it began, but the event it revolves around – the transfer of nearly $400 million worth of US weapons into one of the world’s most dangerous conflict zones – has not. Many questions about the nature of this transaction remain unanswered.

In the transcript of President Trump’s July 25, 2019, phone call with Ukrainian President Volodymyr Zelensky, Zelensky says that Ukraine is “almost ready to buy more Javelins [missiles made by Raytheon and Lockheed Martin] from the United States for defense purposes.” However, most if not all other sources reporting on this describe the transfer of the Javelins and whatever other sorts of weapons are involved as “military aid.”

If Zelensky is in fact “buying” the Javelins, is he doing so with a good-sized chunk of the billion dollars that former Vice President Biden threatened to withhold from Ukraine’s treasury if former Ukrainian President Petro Poroshenko didn’t fire the prosecutor investigating his son for corruption? Or is this all too vague to make real sense of unless and until precise details of the transaction are revealed, as is often the case with US weapons transfers?

However it’s going down, the central issue is $400 million of weapons going into the war between Ukrainian nationalists and Russian separatists in Ukraine’s Donbass region, which is also a US-Russian proxy war, and that’s far more serious than Trump’s phone call with Ukrainian President Volodymyr Zelensky.

Stephen F. Cohen: There is an issue of vital American foreign policy significance. That is the proposal to give Ukraine $400 million in weapons.

SFC: Yes, mainly Javelins. Now Trump’s critics have said, “Oh, look how badly he behaved. He was threatening Zelensky by saying, ‘I’m not gonna give you the $400 million of American weapons that you want if you don’t give me some dirt on Biden.’” Well, I read the transcript several times and you’ve gotta do a lot of reading between the lines to come up with that conclusion. Trump didn’t say that.

But here’s the important thing: It’s a fundamental policy decision. Should the United States give Ukraine $400 million of weapons? Now all the stories being written today that I’ve read have said it should and that’s why Trump is evil, or a bad president, because he suggested we might not.

But that proposal was made very strongly to President Obama by a very broad spectrum of American pundits and think-tank-heads in Washington, and Obama refused. Now why did Obama refuse?

Now, I’m not a fan of Obama as a foreign policy president. I don’t think he was a good foreign policy president. But in this case he was right and his reasoning was as follows: You’ve already got a cinder war going on between Russia and Ukraine. If we give Ukraine these weapons, it might incite hotheads in the Kiev leadership to become so provocative toward Russia that Russia will do something we really don’t want it to do. That was the first reason.

The second was military. That Russia has what army people call “every escalatory advantage” against the United States and Ukraine. It’s on Ukraine’s borders. It costs it no time or money to quickly move weapons to the Ukrainian border. So any buildup that we did, as Obama was being asked to do to the tune of several hundreds of millions of dollars, and was being discussed between Zelensksy, the president of Ukraine now, and Trump, that that’s an escalatory danger. That those weapons risk heating up the conflict between Russia and Ukraine. That’s in no one’s interest.

JB: Let me tell listeners what a Javelin is. A Javelin is an anti-tank missile. It’s used for ground combat. Tanks are certainly prevalent in the Donbass. There’s a line of contest that Zelensky does not want to press. In fact, he’s pulled back the forces from the line of contest. The Javelins are strictly provocative. They wouldn’t end anything. They cost about $200,000 each. They’re sinister. They can also be traded. They can be sold into the black market. I don’t think that all the $400 million is going to the Javelins, but it’s a lot of Javelins. So we were offering a sizable amount of weaponry that can cause a lot of trouble for a long time.

SFC: But Obama refused to send those weapons. Now all the adherents of Obama are condemning Trump for not sending them, or at least delaying them. I keep coming back to this question I ask myself, “Do these people loathe Trump more than they care about American national security?” And increasingly the answer seems to be yes. They’re prepared to do any and every unwise thing, not only in regard to Russia and Ukraine, to spite Trump or to impeach Trump.

[Garrison: The nearly $400 million was reportedly released to Ukraine on Sept. 11, though it remains unclear whether it was $400 million worth of US weapons or $400 million to buy US weapons. I wrote to Professor Stephen F. Cohen to ask whether he knew, and this was his response]:

Stephen F. Cohen: I am not sure how the transaction is being conducted, but it smells bad. In any case, Ukraine is awash in weapons and has long been. And it has been receiving more Western weapons, including US weapons, via various channels. The last thing Ukraine needs is more weapons of any kind.

I feel certain only about this: Zelensky is desperate to end the war. His electoral landslide was the result of this promise, and his anti-corruption theme, which is related. His presidency – even his life – depends on it. (He is in danger in Ukraine.) Putin too wants and needs the war ended, for a myriad of essential reasons, but he too must worry about a war party in Moscow.

Both need DC to back the “peace process.” Trump could and should, so the Biden affair – petty corruption US-style – is a lamentable distraction/disruption. I note that scarcely any mainstream US media mention the necessity or even the possibility of peace on this most dangerous front. As usual, they seem more interested in bashing Trump, which is not, of course, difficult. But the Dems and their media have lost all sense of priorities. Alas.

Cohen’s final remarks raise a final question: If Zelensky “is desperate to end the war,” and Putin is too, why did Zelensky want another $400 million worth of military aid that could only escalate the war? For two months, he didn’t even seem to know or complain that it had been withheld. Did he really want it, or did the US make him an offer he couldn’t refuse? 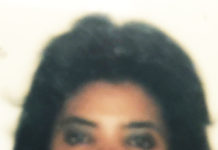