The tobacco industry promotes e-cigarettes as a way to kick smoking.

But for teens, e-cigarettes are a gateway drug to tobacco addiction, according to the California Tobacco Control Program – and a dangerous one at that.

Vaping – or inhaling the aerosol (“vapor”) from e-cigarettes – is not the harmless cigarette substitute tobacco companies make it out to be. Besides being addictive, vaping can lure teens to smoke, according to a leading scientific panel. The number of severe lung injuries connected with vaping has soared to more than 2,200 cases, and health agencies have linked vaping to 42 deaths around the country.

Studies show that youth who use e-cigarettes – many of which are candy-flavored to attract kids – are three times more likely to smoke tradition cigarettes a year later, according to a study in the Tobacco Control Journal.

This is a particular concern for children and teens with trauma from ACEs, or Adverse Childhood Experiences such as abuse, neglect or unstable housing.

Since brain development can be disrupted by chronic stress and undermine kids’ ability to cope with negative emotions, kids with ACEs often adopt unhealthy coping mechanisms, such as smoking and substance abuse, according to the Substance Abuse and Mental Health Services Administration (SAMSHA). One study found that each ACE a child had increased the odds of smoking by 20 to 30 percent.

And vaping among teens is increasing, jumping 78 percent from 2017 to 2018 among high school students and 48 percent among middle school students. According to Successful Black Parenting, Black students are the least likely to use or continue to use e-cigarettes, but the numbers are on the rise.

“The tobacco industry is betting big on e-cigarettes to hook its next generation of customers, working hard to mislead people that vaping products, such as e-cigarettes, are harmless,” according to the state program Tobacco Free California. “That is just not true.”

Among other things, chemicals found in e-cigarette’s liquid make it harder for the heart to pump blood, according to America Heart Association research. And a study from Harvard showed that one of those chemicals – diacetyl – is associated with an insidious respiratory disease called popcorn lung.

Some e-cigarette users have had seizures after a few puffs or a day of vaping, according to an alert by the Food and Drug Administration.

There are even cases of e-cigarettes exploding, causing extensive burns, broken teeth and at least two deaths.

Despite these risks, e-cigarettes are still the most popular form of tobacco in high school. Here are some tips for parents with teens:

Start with a few questions, suggests New York Times writer Lisa Damour. “Setting judgment to the side, ask, ‘What’s your take on e-cigarettes?’ or ‘Do you know kids who are vaping?’ or something along those lines.” The answer, says Damour, will shape the rest of your conversation.

Listen to what they have to say. Teens often think their parents are big spoilsports. Let them know you can understand why they want to push the limits. As Damour says, “In the end, we want our teenagers to weigh their options and be self-protective. We can model this approach by saying, ‘Look, it’s not that I hate fun. It’s that I love you.’”

Concede what’s known and what isn’t. Rather than get in an argument over whether e-cigarettes are more hazardous than cigarettes, admit there are unknowns. But do let them know about the hazards that scientists are aware of.

Focus on the deceptive nature of e-cigarette advertising. Research show that teens are rarely put off smoking by learning about health risks or programs to resist peer pressure. However, campaigns that target the untruthful nature of cigarette advertising have proven effective. According to the California Health Department, kids tend to bristle at the thought that they’re being manipulated by adults.

Set limits. Some parents take a more hands-off approach, realizing their power is limited and telling their teen they hope he or she makes the right choice. However, the U.S. Centers for Disease Control and Prevention recommend that you take a further step: “Let your child know that you want them to stay away from all tobacco products, including e-cigarettes, because they are not safe for them.” So if you’d rather give your teens another reason not to start vaping, let them know there will be consequences if they do.

Environmental Health Perspectives. “Flavoring Chemicals in E-Cigarettes: Diacetyl, 2,3-Pentanedione, and Acetoin in a Sample of 51 Products, Including Fruit-, Candy-, and Cocktail-Flavored E-Cigarettes”. Retrieved from https://ehp.niehs.nih.gov/doi/10.1289/ehp.1510185 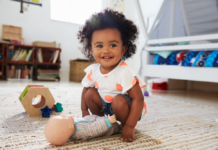