San Francisco’s Treasure Island was not designated a Superfund site, despite earning a U.S. Environmental Protection Agency hazard ranking nearly double the Superfund threshold, according to documents posted by Public Employees for Environmental Responsibility (PEER). EPA has presumed the U.S. Navy would rapidly remediate the site – an assumption proven spectacularly wrong as the Treasure Island cleanup has languished for years.

Sites scoring above 28.5 points on the HRS qualify for Superfund NPL listing. Treasure Island’s HRS score in 1991 was 51.78 but the site was never proposed for a Superfund designation.

High HRS scores are a prerequisite for Superfund listing but the final decision rests with EPA. In 2008, documents show that EPA declined to assign it a priority ranking because the Navy “is making good progress in cleaning up the site under State oversight.”

In a 1998 survey response to the Government Accountability Office, EPA also indicated one reason Treasure Island did not have Superfund status was that the state of California is “opposing inclusion on the NPL.”

“Treasure Island is what we call a ‘Shadow Superfund site’ – a toxic stain that has remained in the shadows,” stated Pacific PEER Director Jeff Ruch, who obtained the records under the Freedom of Information Act. “By failing to make the National Priority List, cleaning up Treasure Island never became a national priority.”

At that time, the extent of radiological pollution from Navy nuclear work was not fully known. Nonetheless, Treasure Island got the highest or near highest HRS scores for risk of exposure to residents, the human food chain and the environment.

While conceding likely contamination of San Francisco Bay and its marine life, EPA undertook no further exploration. Reexamination today of Treasure Island would likely produce an even higher HRS score.

Instead, Treasure Island was placed in an “Other Cleanup Activity” category where EPA cedes the lead role to another agency – in this case the Navy. Yet, these OCA sites are supposed to be evaluated annually to see if they are still making progress toward remediation. The records PEER obtained reflect no such review after a 2008 EPA “Remedial Site Assessment Decision” that assigned any future assessments a “lower priority.”

“By deferring to the Navy, which is trying to avoid the expense of a real cleanup, both the EPA and the California Department of Toxic Substances Control have left Treasure Island in a toxic limbo,” added Ruch. “Even at this late date, the true extent of public health and environmental risks flowing from Treasure Island remain unknown.” 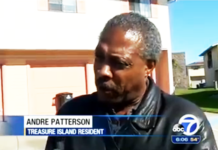 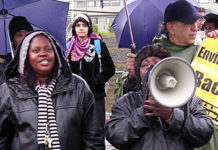 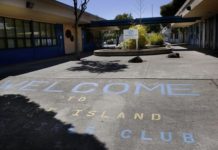