Five years after the passage of that 1945 New Jersey civil rights law, a young seminary student utilized it when he filed his first lawsuit against racism.

That seminary student, virtually unknown in June 1950 during his first protest against discrimination, today enjoys recognition around the world as a pivotal figure in 20th century America: Dr. Martin Luther King Jr.

The fact that King’s first protest and lawsuit against racism occurred in the little town of Maple Shade, N.J. – not Montgomery, Alabama – is a frequently overlooked facet of the incredible life of the iconic activist.

While the last recorded public lynching in New Jersey occurred in March 1886, today, many across the Garden State see a lynching mentality in the refusal of some New Jersey state authorities to extend historic recognition to the site where Dr. King plotted his first protest that produced his first lawsuit.

In March 2015, New Jersey researcher Patrick Duff filed an application with state authorities for Historic Registry placement of 753 Walnut St. in Camden, N.J., the house where King plotted the Maple Shade protest while he attended a seminary in a city outside of Philadelphia.

Duff uncovered old newspaper articles where the then owner of 753 and his family members recounted their conversations with King about that protest, including a spirited discussion at that house hours before the Maple Shade protest.

King listed 753 Walnut St. as his address on police reports that involved the protest.

When the all-white HPO top decision makers commissioned the study in 2016 that agency rebuffed formal requests that year to place 753 on its Registry from Camden’s mayor, its congressman and a resolution calling for placement from the entire New Jersey State Legislature.

However, New Jersey’s Historic Preservation Office (HPO), the entity that places institutions and individuals on the state’s Historic Registry, has yet to accept or reject the application Duff filed in 2015. HPO reviews for Registry placement usually take 90 days or less.

Further, in a truly unprecedented action, the HPO commissioned a $20,000 study to determine the historic validity of King’s presence at that Camden property despite the documentation that King plotted the Maple Shade protest there.

The HPO, when it commissioned that study, had never required a formal study for any of the other 51,000-plus items on NJ’s Historic Registry, inclusive of nearly 100 Registry listings in the city of Camden.

When the all-white HPO top decision makers commissioned the study in 2016 that agency rebuffed formal requests that year to place 753 on its Registry from Camden’s mayor, its congressman and a resolution calling for placement from the entire New Jersey State Legislature.

The HPO study, conducted by an all-white research team from Stockton University in New Jersey, concluded that King did not “live” in the Camden house. That confirmation of King’s non-residency is a fact that was never in contention because evidence provided to the HPO and the Stockton team documented that King only stayed in that house occasionally during visits with McCall.

Curiously, the Stockton study speculated that since King had experienced prior incidents of discrimination at the seminary and at a restaurant in Philadelphia, the Maple Shade incident basically had no more impact on King’s “subsequent activism” than any of the other adverse incidents. The New Jersey State NAACP and others reject that assertion as historically inaccurate and ridiculous.

Dr. King, on a couple of occasions, cited that Maple Shade protest as an impetus for his activism. For example, during an October 1961 press conference in Philadelphia, he recalled the Maple Shade incident. “It was a painful experience because we decided to sit in,” King stated according to a report on that press conference published in the Philadelphia Tribune newspaper.

There is a seeming bi-partisan acceptance of the recalcitrance by New Jersey state officials to officially recognize the significance of Dr. King’s Maple Shade protest – an action that garnered support in 1950 from two noted New Jersey civil rights luminaries: then state NAACP president Dr. Ulysses Wiggins and NAACP attorney Robert Burke Johnson – both then residents of Camden.

Requests for comment from Gov. Murphy and his Lt. Gov. Sheila Oliver about the HPO process are referred to HPO. Oliver, an African-American, oversees the New Jersey State Department that contains the HPO.

Linn Washington, a professor of journalism at Temple University and award-winning columnist for the Philadelphia Tribune, has covered Mumia Abu-Jamal’s fight for freedom from the beginning, in December 1981. This story first appeared on This Can’t Be Happening, the website featuring the work of a news collective comprising Linn Washington and three other renowned journalists. They can be reached at thiscantbehappeningmail@yahoo.com. 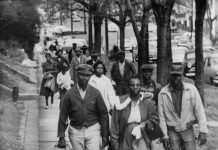 We must affect the bottom line 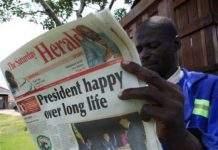