Allred Unit prisoner John Leland Dillon was beaten badly and nearly killed on Dec. 13, 2019, during his stay in the prison’s close custody wing. Witnesses state that the assault took place for over 30 minutes and followed a threat from his cellmate that he would kill him if placed in the same cell.

This same comment was made to Sgt. Byrd just days before. Despite the threats, Sgt. Vacarrellla and Lt. Carcamo activated the prison’s use of force team, who came with the intention of forcing the inmate in the cell with Dillon. Enforced compliance was successful; just moments after, the beating took place.

In the midst of the assault, transgender prisoner Deonte Maggy, #1950213, who was a witness to the entire event, began banging on the cell door. During Maggy’s effort to get Officers Skinner and Gordon’s attention, over 30 minutes passed. But Maggy was eventually able to get Officer Gordon to help, which is when the beating stopped.

As Sgt. Byrd responded to the scene and confronted the attacker, Maggy states that the attacker said, “I told you I was gon’ kill whoever you put me in the cell with.” This same comment was also made on camera during the filming of the forced cell entry.

In the past two months, multiple prisoners have died at the unit, which is turning into one of the most violent and assaultive in the state

Regardless of such comments, the Allred Unit has zero tolerance for prisoners in fear for their lives or of assaults. If one prisoner or another feels unsafe, then they’re forced to deal with it. To ensure this, most verbal “life in danger” requests are ignored, and the requester is written a disciplinary case for refusing housing or refusing to obey an order, in total contradiction of the safe prisons policy and PREA plan.

Several hours after the assault on Dillon, Maggy was assaulted by their own cellmate, having previously told the pod officer that their life was in danger. Maggy says the officer stated, “Don’t hurt each other too bad.” Minutes later, Maggy was assaulted, suffering a split eye and gassing by staff. Maggy received a case for fighting, despite having not thrown a punch. Their previous efforts to be housed with non-homophobic or transphobic prisoners were ignored.

In the past two months, multiple prisoners have died at the unit, which is turning into one of the most violent and assaultive in the state. In less than a year, several were murdered by their cellmates, all occurring in the close custody wing. All a result of staff’s failure to conduct proper security checks and roster counts. 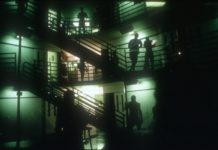 COVID-19 cover-up: Exposed prison guard may have contaminated over 140 prisoners