April 27, 2020 – I am writing this letter to ask for your assistance. I am currently incarcerated at the Marion Correctional Institution located in Marion, Ohio. As you are well aware – we have one of the worst situations with COVID-19. [“The New York Times rated it as the largest source of virus infections in the country, while Johns Hopkins University ranked Marion County as second in the nation for infections per 100,000 people,” according to a story published today by The Marion Star. – ed.]

The last time that I checked – I believe that we had over 2,000 inmates infected with the virus. [Official reports say 78 percent, or 1,950 of the prisoners are infected. – ed.] Many of the faculty and staff have also contracted the disease – well over 150 people.

This is by no accident that COVID-19 has spread so aggressively throughout the compound. It’s mostly due to ignorance and negligence with regards to people’s wellbeing and the lives at stake.

The virus has been here for months. Rather than take the precautionary measures needed to protect both inmates and staff, a major cover-up of the virus being on the compound occurred. The question is, who is going to expose this great conspiracy that has caused so much chaos and unnecessary loss of life!

Once it became known that people were contracting the disease on the compound – proper protocols should have been enacted immediately. Instead, COVID-19 spread like wildfire. Actions that were too little, too late – leading to multiple infections, hospitalizations and even deaths.

Inmates were not notified by staff after testing positive. A corrections officer read from a list containing both positive and negative inmates. Weeks later we received a letter on a letterhead from the medical department.

We never saw a doctor for a one-on-one medical consultation. Medical treatment or mental health help was not offered to anyone. You got it – “deal with it”; that attitude was the climate here at MCI.

We’re not on death row but being locked up with 2,000 inmates infected with COVID-19 is the equivalent of putting us on death row!

We’re all convicted criminals, but we were shellshocked to say the least. Many inmates wanted to self-medicate. That was a hard task to achieve due to the fact that it has been 30 to 45 days since most of us have been allowed to shop at the commissary.

When treatment is implemented, it consists of rolling you down to the infirmary on a wheelchair or stretcher only to be rolled right back to your original location within an hour – sometimes being quarantined with other untreated, infected inmates.

This situation has gotten far beyond out of control. The medical staff is undermanned. Many of them have also had the disease.

The National Guard is here but it’s too little, too late! We’re not on death row but being locked up with 2,000 inmates infected with COVID-19 is the equivalent of putting us on death row! Many inmates down here have illegal or allied sentencing – which they were in the process of fighting through the court system.

We keep seeing on the news that 95 percent of us are asymptomatic with no signs or symptoms of the virus. That’s frankly a boldfaced lie. How could that statement ever be true without adequate evaluation or testing?

Some inmates have contracted the disease more than once. Most of us are sick. I haven’t heard anyone say that they haven’t been sick.

The staff and inmates have been lied to about multiple things! If 80-95 percent of the compound has the virus, why are we being moved around? Yes, there is movement of inmates, which is causing recontamination and cross contamination.

Our every move is being monitored, especially if there is any suspicion that you are revealing any COVID-19 atrocity-related activity to anyone on the outside.

We feel like refugees locked up in a third world country! It definitely doesn’t feel like we’re United States citizens.

The inmates of MCI are appreciative of all the support and protestors on our behalf. These people are more than our voices – they’re our angels. Hopefully your organization can be one too! I’m asking you to investigate and bring some media attention to this conspiracy.

Inmates who are asking for help or speaking up are being bullied on the compound through certain DRC policies to make it very uncomfortable. Our every move is being monitored, especially if there is any suspicion that you are revealing any COVID-19 atrocity-related activity to anyone on the outside.

There are acts that you hear about in Iran or Afghanistan, Chile, Russia, Syria, China, North Korea and Yemen! The cover-up is just like our symptoms – they continue every day. However, your organization can help us and would be a welcomed hand – one that is desperately needed.

If something drastic doesn’t take place soon, this will be America’s small version of a prison holocaust!

God Bless and Thank You. 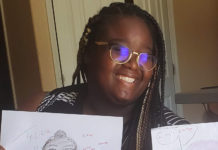 COVID-19: The digital education divide and its impact on low-income families