“We celebrate each commutation that Gov. Newsom granted to people who face danger from COVID-19. However, many people applied for commutations before our current health crisis and are still waiting for an answer,” says Amber-Rose Howard, executive director of CURB. “If our governor is listening to the public – whose voices have been loud on this – and to public health professionals, he has to immediately accelerate the pace and increase the number of people freed, especially older people who are in the most danger, through commutations, medical release and any other tool of freedom his vast authority grants him.”

People in prison have virtually no means of protecting themselves from the novel coronavirus through social distancing. Prisons are unsanitary, crowded and have been plagued by medical neglect and cases of preventable deaths for years.

People in prison often don’t have access to the basic necessities, including regular soap. The population in California’s prisons are aging and have high rates of complex, comorbid medical issues.

COVID-19 will spread easily in overcrowded prisons – petri dishes for disease and infection – overwhelming already inadequate systems of medical care. CDCR has no ICU units and no ventilators. Unable to be treated in prison, incarcerated people who are seriously ill will be sent to hospitals for treatment, just as those facilities are overwhelmed by COVID-19 patients from across the state. Incarcerated people will die in record numbers if Gov. Newsom fails to release them.

Friday’s commutations included nine people serving Life Without Parole (LWOP) sentences. Momentum for clemency has been fueled by a growing movement across the country to end extremely long sentencing practices, like LWOP, which have contributed to an aging incarcerated population.

Organizers maintain that there is no way to end the incarceration crisis without fundamental sentencing reform and the expansion of opportunities for release for all types of convictions. CURB’s recommendations to expand Elder Parole in California can be found here.

“There is nothing simple about violence. People who are in prison that have harmed others or have been convicted of serious offenses are often survivors of violence themselves,” says Cyrus Dunham, an organizer with California Coalition for Women Prisoners.

“Violence is primarily a social and economic problem. Dehumanizing people in prisons won’t solve that. We have an obligation to think about incarceration through the lens of public health generally, not just during the pandemic. It’s time to invest in healthcare, not cages.”

Brian Kaneda, development and media coordinator for CURB and community organizer, can be reached at brian@curbprisonspending.org. 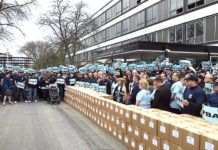 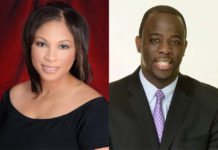 One year before Census Day, California calls on ethnic media and CBOs to ensure a ‘Complete Count’