San Francisco, Calif. – A lawyer for various inmates in San Francisco County jails, who have a pending class action lawsuit in US District Court here, argued this week that the sheriff and City and County of San Francisco continue to refuse make outdoor recreation and sunlight available to prisoners, despite an order to do so a year ago.

“We want to know why, specifically, the sheriff continues to impose punitive conditions on pretrial detainees. Outdoor recreation and certainly sunlight are a human right,” said attorney Yolanda Huang.

Huang has charged that the jail has “locked people in their cells for a year on the excuse of social distancing. If the sheriff took the steps to provide outdoor recreation, then inmates would have had the ability to get out of their cells and have some space, like all of us have needed during the year of COVID.”

“Using COVID-19 as an excuse, inmates, for the past year, have been forced to stay in their cells up to 50 plus hours in a row and only allowed out to shower and use the phones briefly.”

The original suit was filed in May 2019 for declaratory and injunctive relief and damages, alleging that the conditions of confinement violate the Eighth and 14th Amendments to the US and California constitutions.

“San Francisco has built and maintained all of its jails with the unconstitutional and inhumane condition of holding all its prisoners indoors, never letting them outside or be in the sun. Prisoners are incarcerated for years under fluorescent lights, causing neurological problems. Lack of sunlight disrupts the circadian rhythm and can lead to dementia, worsening of diabetes, hypertension, depression and other illnesses,” said Huang.

She’s also charged that, “using COVID-19 as an excuse, inmates, for the past year, have been forced to stay in their cells up to 50 plus hours in a row and only allowed out to shower and use the phones briefly.”

Huang said a magistrate judge ordered defendants to provide outdoor access and, instead of complying, San Francisco is “wasting public resources” by appealing the order. On Monday, March 15, 2021, the court took under submission further arguments by both parties. 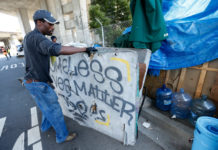 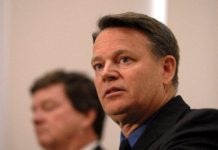