I’ve been a vocal critic of all three of my San Francisco representatives in Sacramento on the issue of health care. Each claims to be an advocate.

One, before he was elected, talked about family medical issues, emphasizing his personal commitment to achieving universal health care. SB 562 in 2017 was the last time major healthcare legislation was considered in Sacramento.

The quote I remember the most was from Assemblyman Ting, Chair of the Assembly Budget Committee: “How are we going to pay for it?” Since 2017: silence.

Legislation, finally. “Comprehensive, high-quality health care for all Californians.” What kind of leadership can we expect to see from the authors and coauthors of AB 1400? Their voices are needed to lead a massive overhaul of our healthcare delivery system into one that provides care to every person in California.

In 2017, the author and coauthors of SB 562 did not lead. They disappeared as the bill died in the Assembly.

“The new system, called CalCare, would expand coverage to nearly 3 million uninsured Californians and provide rich benefits, including dental care, generous prescription drug coverage and long-term care, according to the bill language, which was obtained by California Healthline before the measure was introduced.” https://khn.org/news/article/new-single-payer-bill-intensifies-newsoms-political-peril/.

Over the last decade, the leadership of the California Democratic Party has blocked single-payer legislation, preferring improvements to Obamacare instead. The chair of the Assembly Health Committee opposes single-payer.

Will AB 1400 move further through Sacramento than SB 562 did in 2017? Gov. Gavin Newsom, before he was elected, campaigned as an advocate for single-payer. Supporting or opposing AB 1400 could be the most important decision of his term in office. Will he lead?

In my December column, I talked about the death of my friend and colleague Don Bechler, who led an organization called Single Payer Now. He always had postcards supporting healthcare legislation. They were used to educate and identify voters and build a database of supporters. In addition to using the postcards to encourage legislators to take action, Don believed we must be prepared to win at the ballot box.

If AB 1400 passes and is signed into law by Gov. Newsom this fall, opponents will, no doubt, put an initiative on the 2022 ballot to repeal it.

Last November, California voters were asked to approve new safety regulations covering dialysis clinics serving 80,000 patients. Opponents of Prop. 23 spent more than $105 million in their successful campaign to defeat it. Advertisements featured patients pleading with voters to reject the initiative, saying they could die if it passed.

AB 1400 will impact nearly one fifth of the California economy, not just one small segment of it. Billions in profits are made every year in the delivery of health care in California. Our opponents’ campaign will have unlimited funding.

I support AB 1400. Talking to voters about the bill will help identify and organize supporters. Identifying and registering millions of voters will help defeat an extremely well-funded opposition.

Winning better health care in California will not be easy, but it is possible. Your help is needed in this fight.

Barry Hermanson is a Green Party of California Coordinating Committee member, GPCA representative to Healthy California Now, a statewide coalition of organizations and activists dedicated to establishing a single-payer Medicare For All system in California, and a former small business owner. Contact him at Barry@Hermansons.com or 415-255-9494 or write to him via the Bay View. 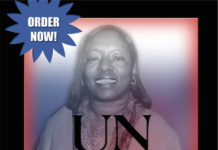