We have a chance to end predatory prison phone rates with your help! After years of activism all over the country, including reversed and reversed again FCC policies and a heartbreaking veto from the governor of California, the state of California is on the cusp of permanently regulating the price of phone and video calls into and out of prisons, jails, juvenile facilities and detention centers.

Making these calls affordable, or maybe even free, is a central social justice issue. As we and others have been pointing out for years, the essential phone calls between parents and children, brothers and sisters and husbands and wives have long been subject to arbitrary fees, surcharges and commissions that place heavy financial burdens on prisoners’ families.

The California Public Utilities Commission (CPUC) is holding public hearings later this month to hear firsthand from Californians about why profiteering from the captive audiences in our incarceration facilities must end.

Unbelievably high rates on calls to and from facilities benefit not only the small number of companies that serve this monopoly market, like Global Tel Link and Securus, but also many of California’s sheriffs’ departments. Titled as “inmate welfare funds,” the commissions charged for these calls have been spent on staffing costs, vehicles and other expenses that should not be offloaded onto inmate families.

Numerous studies have shown that consistent contact with family members and outside sources of support are some of the best ways to prevent recidivism after release.

The commission has already proposed interim price relief, but it will take all of us to get the outcome we want: permanent and expanded price relief.

The toll of mass incarceration is heavy. But as we work to end this failed war on our communities, we must stand up in solidarity with families and friends supporting those on the inside.

This is smart public policy. Numerous studies have shown that consistent contact with family members and outside sources of support are some of the best ways to prevent recidivism after release.

Please calendar the two hearing dates below and call in to express your support for permanently lowered calling costs. We also ask you to help spread the word through your communities. We are embedding English and Spanish language flyers that you can email, distribute and post or print.

If you would like to make a public comment but want some support in putting together your statement, our partners at Worth Rises and TURN are holding a public comment practice session on April 21 at 1 p.m. on Zoom.

Sign our pledge to make sure the CPUC gives all people access to just and fair phone/video rates and basic consumer protections.

The Utility Reform Network (TURN) believes no one should be cut off from essential electricity, gas or phone service. We hold utility corporations accountable by demanding fair rates, cleaner energy and strong consumer protections. TURN champions the cleanest energy and highest quality phone service at the lowest prices possible for residential customers, low-income households, and small businesses through legal advocacy at the California Public Utilities Commission, state and federal policy development level and by community organizing throughout California. 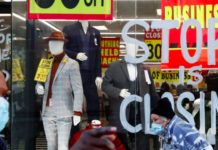 Broadened tech access for Blacks and Hispanics slowed by FCC 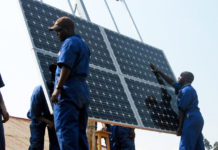