There are a certain character and caliber of “professionals” who live off prisons and lack any real incentive to use their skills to better others’ lives and society. While they may have specialized skills, they apply them at the most substandard levels.

Applying the sociopathic illogic of capitalism, they care nothing about the harm caused to those who rely on their services and only about the profits they can generate for themselves. These sorts cling to and blood suck the prison system like leeches.

I wrote about one such individual, Dr. Michael Mitcheff, in a 2020 article where I joined the call for the release of prisoners due to the inherent dangers of mass imprisonment under the COVID-19 pandemic, and the lack of any quality medical assistance for prisoners. Of Dr. Mitcheff I wrote specifically:

“Not only do officials care nothing of prisoners’ health needs, but prison medical staff, who are known to be among the lowest quality, are undertrained and underqualified to provide needed care and often cannot find work anywhere else. Many are actually forbidden because of professional misconduct from working anywhere but in prisons.

“One of many examples was Dr. Michael Mitcheff, who worked as chief medical officer for the entire Indiana Prison System, where I’ve been imprisoned since November 2018. As a private doctor, Mitcheff had his medical license revoked for repeatedly writing and filing false prescriptions in others’ names to feed his own hydrocodone addiction. His license was reinstated on a probationary basis in 1999, with the medical board stating, ‘He may only work in the Indiana Prison System.’[i]

“Mitcheff, the Indiana Prison System, and its medical contractor, Corizon, were subsequently subject to a wave of lawsuits for malpractice and withholding needed medical care from prisoners. As a result, Corizon’s contract was terminated in 2017.

“Under existing circumstances, COVID-19 would become a pandemic of the worse sort inside U.S. prisons, which only compounds the injustice and inhumanity inherent in the Amerikan so-called criminal justice process.”[ii]

When I wrote about Mitcheff and how the Indiana Prison System had terminated its medical care contract with Corizon, who Mitcheff worked for, I thought Indiana prisoners had been relieved of Mitcheff and his demonstrably abusive medical practices and corrupt role as the prison system’s top medical administrator. The prison system had contracted with a new medical contractor, Wexford, a Corizon rival.

Recently, I was researching a lawsuit that I’d helped another prisoner, Earlie Berry Jr., file while we were confined together at Indiana’s Pendleton Correctional Facility (PCF). I was interested to see how the case had developed after we parted company during 2019.

Mitcheff, the Indiana Prison System, and its medical contractor, Corizon, were subsequently subject to a wave of lawsuits for malpractice and withholding needed medical care from prisoners.

I’d also written about his situation in a 2019 article on Aramark, the food service contractor that provides food services to the Indiana prison system, and its refusal to honor Earlie’s medical diet.[iii]

I found a Jan. 23, 2020, ruling made in his lawsuit, granting a motion I’d helped him prepare for a preliminary injunction and ordering Aramark to provide Earlie his medical diet.[iv]

But what I also found was a reference to Dr. Mitcheff. The order identified him as the Indiana Prison System’s present chief medical officer UNDER WEXFORD!

This is the same doctor who caused multitudes of prisoners to suffer horrendously, and several died because of lack of standard medical care, causing Corizon to be sued so many times that it lost its contract with the prison system. Yet Mitcheff found himself right back in the same position of overseeing the Indiana prison system’s entire medical care system under the new medical contractor.

This is inherently evil on so many levels, I won’t bother stating the obvious. These leeches must be burned off! Prisoners must be afforded the same level of care as anyone else, and not be subjected to lack of care at the hands of people like Dr. Mitcheff, who aren’t trusted to touch anyone outside of prison.

Dare of Struggle, Dare to Win! All Power to the People! 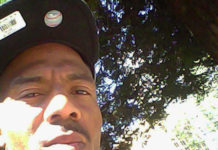 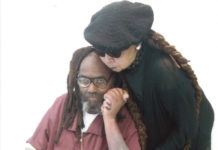