Law enforcement turned out to be the biggest winners from the summer 2020 Black Lives Matter movement. Strong police unions have demonstrated an uncanny ability to avoid oversight and accountability. Unjustified killings of African Americans continue to occur despite the best efforts of protesters.

Neither has the replacement of Donald Trump with Biden and Harris been the solution to this problem. Not only are Blacks still being killed, they’re still being gunned down at the same pace.

The killing of African Americans by law enforcement not only devastates the immediate family of the victim but punishes the larger community as well. Earlier this year, for instance, The Harvard Gazette reported “that every police shooting of an unarmed Black person was linked to worse mental health for the entire Black population in the state where that shooting had occurred for the next three months.”

During Biden’s tenure, the cry for police reform remains muted and police budgets have increased while the complaints of protesters have not been addressed.

Despite the harmful impact of police killings, law enforcement regained its pre-George Floyd posture when U.S. Congressman James Clyburn endorsed presidential candidate Joe Biden in the South Carolina primaries. The move of this senior Congressional Black Caucus member essentially handed over the power and loyalty created by months of hard work by the BLM movement. Biden’s subsequent nomination as the Democratic Presidential nominee ended the life cycle of the most far-reaching social justice movement in the history of the world.

When Biden merely promised to pay close attention to the demands of BLM protesters, it was enough to convince battle-fatigued protesters to lay down their placards. Thereafter most activists pinned their hopes for real change on a Biden-Harris victory. But their expectations were quickly crushed.

During Biden’s tenure, the cry for police reform remains muted and police budgets have increased while the complaints of protesters have not been addressed. This is because the influence of police unions over Democratic and Republican lawmakers surpasses the National Rifle Association’s power over the Republican Party.

Police union power explains why it is a futile effort to introduce reforms without the approval of this organization. Furthermore, this is the reason why police officers keep their pensions and salaries even after being convicted of murdering someone.

In the final analysis, if the power of the police union goes unchallenged, the unjust killing of African Americans will not end anytime in our lifetimes.

Dennis Boatwright is an activist-educator and the founding director of the Center for Pan-African Studies, an African-centered Pan African think tank. He is a great admirer of the late Dr. John Henrik Clarke and the late scholar political scientist Dr. Ronald Walters. He was incarcerated for 24 years, released eight years ago and obtained college degree and is now a successful business owner of a non-emergency medical transportation company, Boatwright Transportation. He can be reached at his office at 313-397-8159 or by email at dsboatwright43@gmail.com. More commentaries will soon be accessible at www.centerforpanafricanstudies.org. 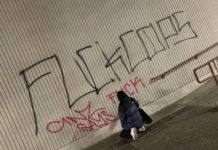 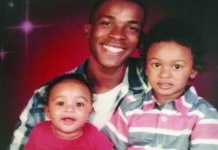