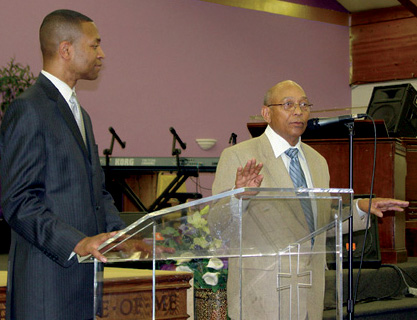 A time bomb is ticking, waiting to explode in communities of color across the nation. Law enforcement officers have become an occupation force – police misconduct, disrespect of citizens, beating, planting evidence and murdering our youth an everyday occurrence. In fact, police kill on average one person every single day in the United States.

If we are to have peace, we first must place economic justice at the top of our agenda, setting environmental justice – our health – criminal justice and political justice as our next highest priorities.

The police execution of Oscar Grant on New Year’s Day – the ugly, bloody injustice of it recorded on eyewitnesses’ cell phone videos seen ‘round the world – shone the spotlight on Oakland and the Bay Area, the world watching and waiting to see whether we will change the dynamics, shift the balance of power between the people and the police, between us – the locked out and locked up – and those who hold the keys to freedom.

In quick succession, the police shootings of two more unarmed young Black men in New Orleans and Houston on New Year’s launched the year that we put a Black man in the most powerful position on earth. Eighty days later, on March 21 back in Oakland, gunshots that ended the lives of Lovelle Mixon and three Oakland police sergeants and an officer tore holes in the conventional wisdom that deems Black youth helpless in the face of incessant police harassment and assault. 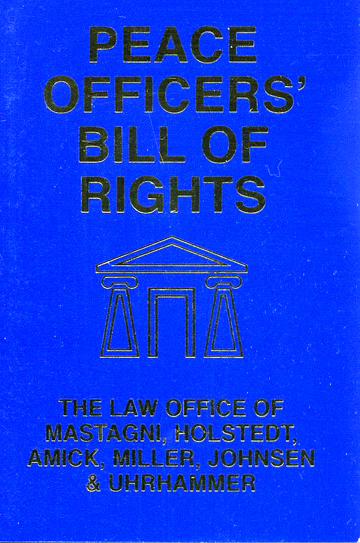 We who are the butt of police misconduct say there is no such thing as a “routine traffic stop” in our neighborhoods. Every one is the spark that could set off the ticking time bomb.

While any loss of life is regrettable, we will never have peace so long as a race of people are locked out of the economy and see no alternative but to break the law to feed their families. The day Lovelle died, those close to him mentioned two explanations: He dreaded being sent back to prison yet he couldn’t find a job.

Rather than enforce the civil and human rights laws, common sense and basic fairness, our economy locks out many of our best and brightest from jobs and business opportunities – white supremacists fear competition, you know – and locks them up and throws away the key. We cut education to build more prisons, then let our strong young men and women – our sons and daughters, fathers and mothers – die behind enemy lines for lack of health care.

Thank God for Judge Thelton Henderson and two other federal judges who demand that California spend what it takes to keep its prisoners healthy and release thousands of nonviolent men and women who don’t belong in prison in the first place.

Our responsibility is to break the economic barriers and build our businesses so we can hire those coming home and keep the youngsters out of prison by giving them their first job, taking them under our wing and teaching them all we know.

As a survivor of the 1998 massacre of Black businesses – especially the members of the African American Contractors of San Francisco that used to keep hundreds of Black workers employed and their families prospering – that culminated in the hanging of a noose on the SFO jobsite of my company, Liberty Builders, I have been trying to re-enter the competition for public works contracts. Here’s what I’m up against:

Today, federal stimulus money is on the way to bail out states and cities so afraid to tax the rich they’d rather threaten bankruptcy – but will we be locked out of the competition for the jobs and business opportunities it creates? HUD is speeding $3 billion to public housing authorities and Mayor Newsom announced Monday that San Francisco will spend $17.9 million and make 200 currently vacant apartments habitable. How can a city where Sen. Dianne Feinstein reigns in the splendor of a $16.5 million mansion let hundreds of homes sit vacant while hundreds of families huddle in homelessness on our streets?

When the Congressional Black Caucus met Monday with hundreds of Black business owners, Federal Reserve Chairman Ben Bernanke and top federal finance decision makers, concerned about what CBC Chairwoman Barbara Lee called “barriers faced by minority and women-owned business enterprises to participate in the TARP and TALF programs,” Congresswoman Maxine Waters said, “At this early stage of the Obama administration, as the federal government is still developing and implementing its response to the financial crisis, we want to make sure that these programs are inclusive and draw on the talents, skills and expertise of everyone willing and able to help.

“In recent weeks,” she said, “we have heard much about prominent banks and other institutions being ‘too big to fail.’ Today America’s minority- and women-owned business enterprises are exclaiming, ‘We have experience and qualifications that can help America out of the economic crisis, and we are too numerous to ignore,’ and the CBC will make sure this does not fall on deaf ears.”

I’m also encouraged to see that San Diego contractor Abdur-Rahim Hameed has launched the National Black Contractors of America to “build the bridge for equality.” Learn more at www.nationalbca.org.

But what about San Francisco? Will federal stimulus funds stimulate the ability of Black businesses to hire the thousands of Lovelle Mixons – Lovelle’s family, I hear, has roots in Hunters Point – seeking legal work to support their families or will it further enrich the Newsoms and Pelosis and Feinsteins Dr. Sumchai describes in this issue of the Bay View in “Singing in the rain: Hunters Point Shipyard enriches SF’s most powerful families”?

Activist Kim Rohrbach wrote recently to the San Francisco Board of Supervisors: “I have just heard news to the effect that Mr. Newsom would prefer to spend $11 million of the stimulus funds to prop up the faltering and felonious Lennar Corp., whose familial and financial ties to Mr. Newsom (via Nancy and Laurence Pelosi) have been publicized locally. This is the same Lennar Corp. that recently paid a settlement for poisoning residents of Bayview Hunters Point – all while Newsom and the former board more or less passively looked on – with airborne asbestos.

“And this is the same Lennar that has been entrusted by the mayor, the former board and the San Francisco Redevelopment Agency to ‘redevelop’ Bayview Hunters Point – i.e. to assist in the process of effectively driving out San Francisco’s remaining African-descended citizens in order to replace them with a wealthier demographic, who, it is hoped, will furnish tax revenues to the quasi-private Redevelopment Agency. And this is the same Lennar from whom the City has received nothing more than a scarcely credible promise, secured only after the City had already given over huge tracts of land in Bayview Hunters Point to Lennar, to build some below-market-rate housing on a toxic Superfund site for which there exists no plan for environmental remediation.”

Some 15 local and national environmental organizations, including the Sierra Club, also wrote recently to the Board of Supervisors, asking that they “take no action at this time on the proposed Candlestick/Hunters Point development project” at least until it has been environmentally reviewed. They’re referring to the Proposition G land grab passed last June 3 after Lennar spent $5 million to defeat our competing Proposition F that would have ensured that any new housing be affordable to the people who live in Hunters Point now.

I’m also concerned about Mayor Newsom’s decision to spend $1.2 million of the HUD stimulus funding to HOPE SF, a public housing privatization scheme designed mainly to enrich big developers like The John Stewart Co., notorious for its oppression of the tenants under its control. I will raise holy hell if I hear that one dime of the stimulus goes to Lennar or John Stewart.

And I’m not the only one prepared to raise holy hell. Our spiritual movement that has met for three years now every Thursday at 7 p.m. in my church home, Grace Tabernacle Community Church, 1121 Oakdale Ave. at Ingalls, in Hunters Point – you are cordially invited to join us – and that now meets in Oakland every Saturday at 4 p.m. at Olivet Missionary Baptist Church, 807 27th St. at San Pablo, Oakland, and in several other cities as well will pile into a couple dozen buses on Wednesday, April 8, to lobby for justice in Sacramento.

It’s called the Caravan for Justice, www.caravanforjustice.com, and this is its second trip. Join us to demand the repeal of the Peace Officers’ Bill of Rights that shields police wrongdoing from the public and reinstatement of public access to police disciplinary records. We’ll also demand remedies like the Second Chance Act now before Congress.

Earl Ofari Hutchison explains in his recent column, “Oakland Police Massacre Casts Ugly Glare on Ex-Felon Desperation”: “The bill called the Second Chance Act is a relatively mild measure to pump about $100 million to local and state agencies for education, job and skills training, counseling and family unification programs to stem the high rate of recidivism among ex-felons.

“President Obama has often spoken of the need to unhinge the revolving door of felon release and re-incarceration. He backs the Second Chance legislation. …

“At last count, there were an estimated 12 million people in the United States with felony convictions. That’s nearly 10 percent of the working-age population. And with jails bulging and states desperately trying to figure out how to cut jail costs and increasingly resorting to early release, more ex-felons will be on the streets. The current estimate is that more than 600,000 offenders are now being released from prisons yearly.

“(Lovelle) Mixon was one of them.”

Our Black president is nowhere near so outspoken about race as Brazilian President Lula da Silva, who told reporters Thursday, March 26, “The (global economic) crisis was caused by the irrational behavior of white people with blue eyes, who, before the crisis, appeared to know everything and now demonstrate that they know nothing.” He added, “I do not know any Black or Indigenous bankers, so I can only say (it is wrong) that this part of mankind which is victimized more than any other should pay for the crisis.”

But President Obama did say as a candidate a year ago in his “A More Perfect Union” speech: “In the white community, the path to a more perfect union means acknowledging that what ails the African-American community does not just exist in the minds of Black people; that the legacy of discrimination – and current incidents of discrimination, while less overt than in the past – are real and must be addressed, not just with words, but with deeds, by investing in our schools and our communities; by enforcing our civil rights laws and ensuring fairness in our criminal justice system; by providing this generation with ladders of opportunity that were unavailable for previous generations.”

We the people have the power to defuse the ticking time bomb and bring peace to the Bay Area and the nation. But until we win economic justice, explosions remain inevitable – and imminent.

Give me your ideas about practical steps we can take right now. Go online to www.sfbayview.com and write a comment at the end of this editorial. I’ll see it and so will thousands of Bay View readers. We are the ones we have been waiting for.