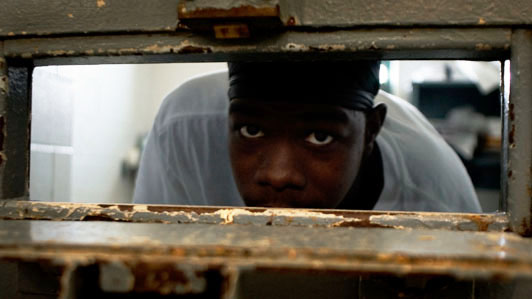 In a protest that appears to be spreading through Georgia’s prison system, inmates are striking for better conditions. One interesting facet of this rare prison strike, which reaches across multiple facilities and across racial and factional lines, is the participants’ use of self-imposed lockdown to serve their own goals.

Lockdown, in which prisoners are confined to their cells for up to 24 hours a day, is routinely imposed on inmates for punishment or as a “security” measure. In this case, however, prisoners are refusing to leave their cells until their demands are taken seriously. The Georgia Corrections Department’s only response so far, ironically, has been to place the affected prisons on lockdown. As the New York Times reported:

The Corrections Department placed several of the facilities where inmates planned to strike under indefinite lockdown on Thursday, according to local reports.

“We’re hearing in the news they’re putting it down as we’re starting a riot, so they locked all the prison down,” said a 20-year-old inmate at Hays State Prison in Trion, who also refused to give his name. But, he said, “We locked ourselves down.”

The best roundup we’ve found of information and context on the strike appears today on Prison Law Blog. Here is their post:

The Black Agenda Report, a Georgia-based news site “from the black left,” reported on Saturday that inmates were on Day 2 of a strike (mirrored at Open Left):

“Inmate families and other sources claim that when thousands of prisoners remained in their cells Thursday, authorities responded with violence and intimidation. Tactical officers rampaged through Telfair State Prison destroying inmate personal effects and severely beating at least six prisoners. Inmates in Macon State Prison say authorities cut the prisoners’ hot water, and at Telfair the administration shut off heat Thursday when daytime temperatures were in the 30s. Prisoners responded by screening their cells with blankets, keeping prison authorities from performing an accurate count, a crucial aspect of prison operations.”

Although there were some reports of a “media blackout,” the New York Times did report on the strike, here (online only) and here (online and page A13 of the Dec. 12 newspaper and picked up by Slate), emphasizing the use of cell phones and social networking to coordinate the strike.

However, most local news outlets reported, via the Georgia Department of Corrections, that the prisoners were not on strike, but rather had been placed on lockdown to pre-empt the strike. Examples of local Georgia coverage portraying the weekend’s events as a lockdown are the Rome News-Tribune, AP, Atlanta’s WSB-TV and Georgia Public Broadcasting.

With about 52,000 inmates, Georgia’s prison system is not among the largest in the country in absolute numbers. But relative to the state’s population, it has an outsize reach. In Georgia, one in 13 adults is either in prison, in jail, on probation or on parole — the highest rate of correctional control in the country. Nationwide that figure is 1 in 31.

According to the Sentencing Project, over 4 percent of Georgia adults and almost 10 percent of African-Americans cannot vote due to felony disenfranchisement laws. The Atlanta-based Southern Center for Human Rights has been a leading advocate for prisoners in Georgia and its neighboring states.

• At Change.org, you can sign a petition to the commissioner of the Georgia DOC.

• Press release announcing the strike and listing the prisoners’ demands, reprinted at Corrente and at Black Agenda Report.

• Interview with former Black Panther Party leader Elaine Brown, who is helping to coordinate the strike, on Hard Knock Radio.

And the full list of the prisoners’ demands, from the press release:

• A LIVING WAGE FOR WORK: In violation of the 13th Amendment to the Constitution prohibiting slavery and involuntary servitude, the DOC demands prisoners work for free.

• EDUCATIONAL OPPORTUNITIES: For the great majority of prisoners, the DOC denies all opportunities for education beyond the GED, despite the benefit to both prisoners and society.

• DECENT HEALTH CARE: In violation of the 8th Amendment prohibition against cruel and unusual punishments, the DOC denies adequate medical care to prisoners, charges excessive fees for the most minimal care and is responsible for extraordinary pain and suffering.

• AN END TO CRUEL AND UNUSUAL PUNISHMENTS: In further violation of the 8th Amendment, the DOC is responsible for cruel prisoner punishments for minor infractions of rules.

• NUTRITIONAL MEALS: Vegetables and fruit are in short supply in DOC facilities while starches and fatty foods are plentiful.

• VOCATIONAL AND SELF-IMPROVEMENT OPPORTUNITIES: The DOC has stripped its facilities of all opportunities for skills training, self-improvement and proper exercise.

• ACCESS TO FAMILIES: The DOC has disconnected thousands of prisoners from their families by imposing excessive telephone charges and innumerable barriers to visitation.

• JUST PAROLE DECISIONS: The Parole Board capriciously and regularly denies parole to the majority of prisoners despite evidence of eligibility.

This story originally appeared on Solitary Watch, at http://solitarywatch.com/2010/12/13/georgia-prisoners-strike-we-locked-ourselves-down/.

NAACP State Chairman Edward Dubose, joined by representatives from the Nation of Islam, elected officials and others, who have formed the Concerned Coalition to Respect Prisoners’ Rights, are holding a press conference Dec. 14 at the Capitol to urge Gov. Sonny Perdue and Department of Corrections Commissioner Brian Owens to halt the violent tactics being employed by guards against thousands of striking prisoners. They reached out to Perdue and Owens for meetings earlier in the day. 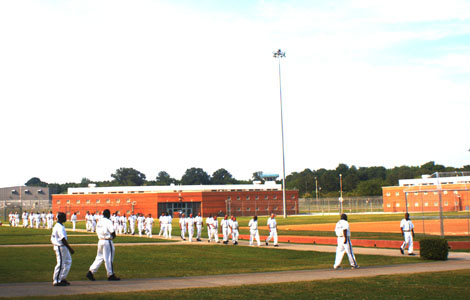 Begun on Dec. 9, 2010, the prisoners’ peaceful protest has been historic in scope and in the unity of thousands of black, brown, white, Muslim, Christian and Rastafarian prisoners, including those at Augusta, Baldwin, Calhoun, Hancock, Hays, Macon, Rogers, Smith, Telfair, Valdosta and Ware state prisons. For five days now, these men have shut down all activity at most of these facilities.

The prisoners are petitioning the DOC for their human rights, including being paid for their labor, provided educational opportunities, decent health care and nutritional meals, a halt to cruel and unusual punishments and just parole decisions.

While the prisoners’ protest has remained non-violent, the DOC has used violent measures to force the men back to work¬ under the banner of law, despite the 13th Amendment’s abolition of slavery. At Augusta State Prison, several inmates were brutally ripped from their cells by CERT Team guards and beaten, resulting in broken ribs, one man beaten beyond recognition.

At Telfair, the Tactical Squad roughed up prisoners and destroyed all their property. At Macon and Hays State Prisons, Tactical Squads have menaced the men for days, removing some to the “hole,” the wardens ordering heat and hot water turned off. Tear gas has been used to force men out of their cells at various prisons, while guards patrol grounds with assault rifles.

The DOC has made itself unavailable to the press and prisoner family members, creating fears that, behind closed doors, the department will escalate this peaceful protest to a violent confrontation. The coalition is urging the DOC to come to the table in peace to address the prisoners’ concerns.

“Due to the harsh conditions faced behind bars and the need for prison reform, the men are staying in their cells as a form of peaceful protest. No officials or staff have been threatened and no property has been damaged. These men’s requests are reasonable and in accord with the basic respect and treatment every human being deserves,” said Elaine Brown, a social activist and former Black Panther Party leader. Brown is spearheading the Concerned Coalition to Respect Prisoners’ Rights.

Learn more about the Concerned Coalition to Respect Prisoners’ Rights on its Facebook page and contact them at concernedcoalitionga@gmail.com.

We express our utmost support and solidarity to all of the prisoners in Georgia who have been on strike for the past three days, refusing to leave their cells to work or perform any prisoner-related duties assigned them by the prison. The strike is astounding in more than one way, perhaps the most important of which is that it has broken the racial boundaries that structure prisons. Black, white and Hispanic prisoners are uniting together to make a list of demands (shown above).

In the prisoners’ own words: “No more slavery. Injustice in one place is injustice to all. Inform your family to support our cause. Lock down for liberty!”

The strike is taking place in at least half a dozen prisons across Georgia, involving thousands of prisoners. There have been reports of Telfair and Macon State prisons sending in tactical squads to brutally assault prisoners, in what can only be described as state terrorism aimed at silencing dissent. We stand in the company of countless others, condemning this brutal policy of repression and violence.

We know that this is a strike that threatens the balance of power in the prisons, something that the wardens and guards will not allow. That is, if the prisoners are left isolated, without public support, without us taking on their call for justice and taking action in solidarity with their struggle.

The prisoners in Macon, Hays, Telfair, Baldwin, Valdosta and Smith state prisons do not have picket signs we can read, nor do they have speeches that can be read out loud to us. We cannot see their faces or hear their voices. They are mostly invisible to us.

It is now up to us to break through this wall of invisibility purposely imposed upon us and prisoners by those who control society and our lives. The right to strike is the right of every exploited person in an exploitive society, prisoner or not.

The wardens and guards in Telfair prison tuned off the heat last Thursday night when temperatures reached 30 degrees in yet another attempt to silence the striking prisoners through dangerous and life-threatening measures. A prison system that first does not provide adequate healthcare is now turning off the heat in the December cold of Georgia! The message is clear: “You do not have rights. We can and will stop this strike!”

We cannot allow the prisoners’ struggle to be an isolated struggle. It is a fight that needs fighting outside of prisons in order to win. Isolation kills struggles and movements, especially movements that are in firm opposition to the power of an elite class and its institutions and the practices of those institutions.

The Georgia prisoners’ strike demands our attention. We cannot afford to ignore struggles for human dignity. Every day is a struggle for us to retain some sense of dignity. Capitalist society lives off the dignity plundered from our lives; it exists with the exploitation of its masses for the sake of the few who build their mansions within sight of our prisons. It will exist this way until we destroy it.

The working class is the victim of the global crime of capitalism and state. We labor to build it up all the while it buries us, quite literally. If we are going to change our society, we are going to have to recognize the sources of our oppression.

Support the struggle of the striking prisoners: CALL THE PRISONS DEMANDING HANDS OFF THE STRIKERS!

The Workers Solidarity Alliance aims to build a working class movement that can challenge this political and social environment, and transform society into one of self-management, where the needs of all its members are met, and none are exploited.

This statement originally appeared on Ideas and Action, at http://ideasandaction.info/2010/12/thousands-of-invisible-pickets/.

Two petitions are online and need your support, the first from the International Action Center and the second from Change.org:

Support the Georgia prisoners’ strike! Sign the online petition to the Obama administration and the Georgia Corrections Commissioner NOW at http://www.iacenter.org/prisoners/gaprisonstrikepetition.

Petitions by Change.org|Start a Petition » 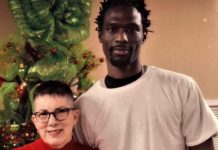