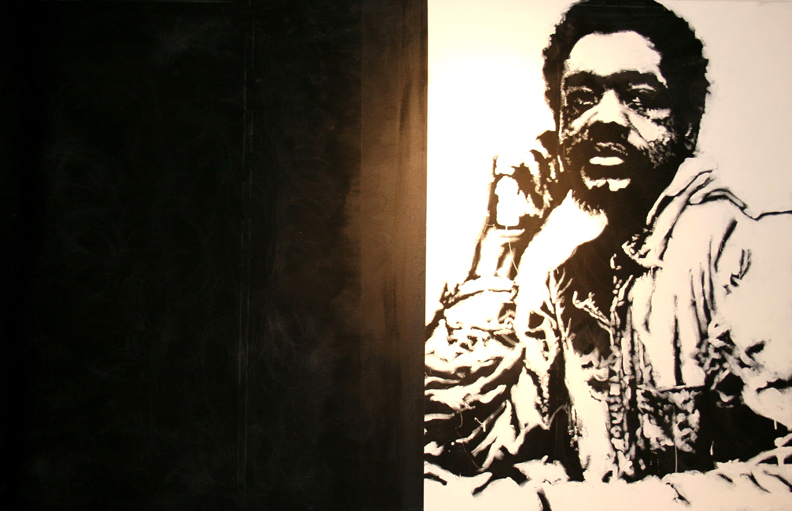 Sophia Dawson is an artist I met in Harlem, New York, at this year’s Black Panther Film Fest. This is the first time that I had ever come in contact with her visual creative works, which were on display everywhere during the four-day event. She had a striking painted piece of Black Panther co-founder and Chairman Bobby Seale, which looked like a distorted photograph.

After seeing it, I went up to her and introduced myself as a reporter who would love to write about her and her art. I have seen a lot of dope, conscious-minded Black visual artists over the years; she is definitely one of the more talented ones. Here she is in her own words …

M.O.I. JR: Can you tell us how you got started as a visual artist? 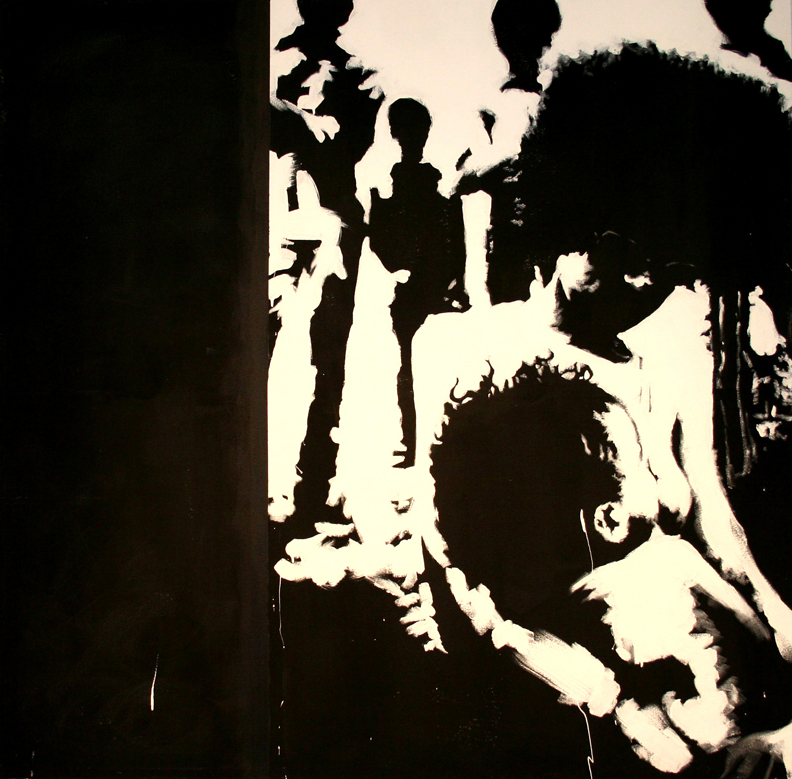 Sophia: As a child I always wanted to become an actress. I wanted to follow in the footsteps of my older sister by attending Fiorello H. LaGuardia High School of Music and Art. When it came to be time to audition, I auditioned for drama, music (instrumental) and visual arts. I figure that as long as I got in I could always switch majors later on. Well I only got accepted for Visual Arts. During my first semester there I found that I was excelling in all of my art classes. I never switched my major. God set me up right where I needed to be in order for my talent to unfold.

Sophia: I will be honest with you: Eight months ago I had no interest in politics. But one day about eight months ago, I watched a documentary in my African American Studies Class on the Black Panther Movement.

I was in my last semester of college and couldn’t believe that such an influential political movement had been kept from me my whole life. I saw that the rights the Panthers were fighting for were equivalent to the rights that we still need today. After seeing that documentary I knew that I would have to become more aware of the cultural, social, economic and political world that I live in.

M.O.I. JR: What fascinated you about the Black Panther Party? 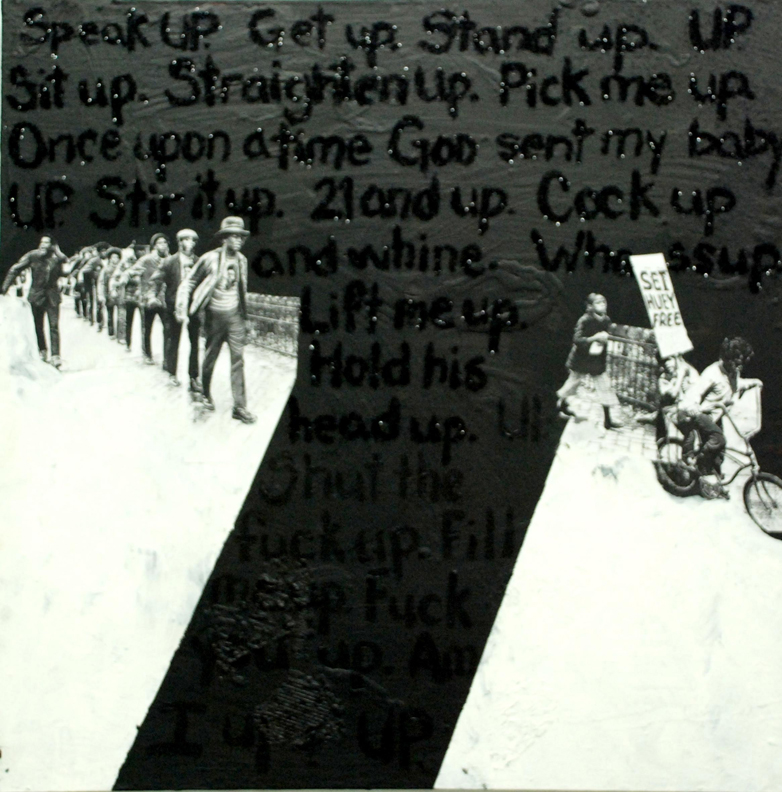 Sophia: While watching the documentary, I could feel that my jaw had dropped. I really think that for a whole week I was walking around in shock. What really had me in awe were the images and clips of these young, Black, determined, dedicated, educated and focused men and women that kept popping up on the screen. I honestly felt that I had NEVER seen men and women like this before.

I couldn’t stop thinking about individuals like Fred Hampton, who was killed at the age of 21, which was my age at the time. I came to the realization that I had to stop sitting around and to stand up for what was right. I felt that the Panthers, being so young and willing to die for what they believed in, must have truly cared for my generation and wanted us to have the opportunity to live economically, socially and financially and poltically free.

M.O.I. JR: How do you want people to perceive your art?

Sophia: I am using the body of work on the Black Panther Party for Self Defense as a tool to educate people, especially my peers, on this particular political movement. Through the portraits of the Panthers I want viewers to read and feel the struggle of the movement as well as to acknowledge the struggle that still exists today.

For those who look at the paintings and wonder, “Who are these people?” as I once did, I encourage them to study the Black Panther Party, watch documentaries, and read books by its members and to EDUCATE THEMSELVES! The blank spaces and places on each canvas symbolize the absence of the Black Panther Party – and the majority of real Black history PERIOD – from history books and chalkboards across this country’s educational system.

I want people to realize that this information being excluded by the educational system is truly affecting us as a people. If and when these things begin to be taught and learned, we will gain consciousness, a sense of pride, and eventually unity amongst each other.

M.O.I. JR: Where do you see yourself in five years as an artist? 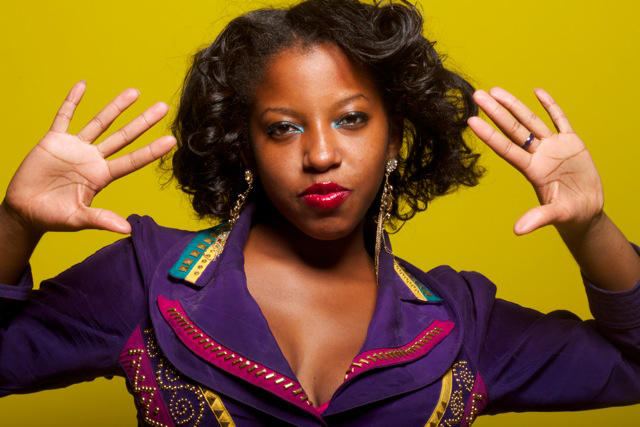 Sophia: In five years I see myself traveling all over the world, especially to Black countries, to share the struggle of the Black Panther Party for Self Defense. I will revisit my Black history for more inspiration and motivation from Black soldiers of the struggle who came before me. I will also open a not-for-profit business whose mission will be to educate the youth on history and Black history and inspire them to voice their opinions and express themselves through the arts.

Sophia: People can contact me via email at iamwetpaint@gmail.com. And at Twitter.com/iamwetpaint. I will be keeping everyone posted on all of my upcoming events, including a trip to Oakland in the near future.

I am wet paint

“We want education for our people that exposes the true nature of this decadent American society. We want education that teaches us our true history and our role in the present-day society. We believe in an educational system that will give to our people a knowledge of self. If a man does not have knowledge of himself and his position in society and the world, then he has little chance to relate to anything else.” – Black Panther Party for Self Defense 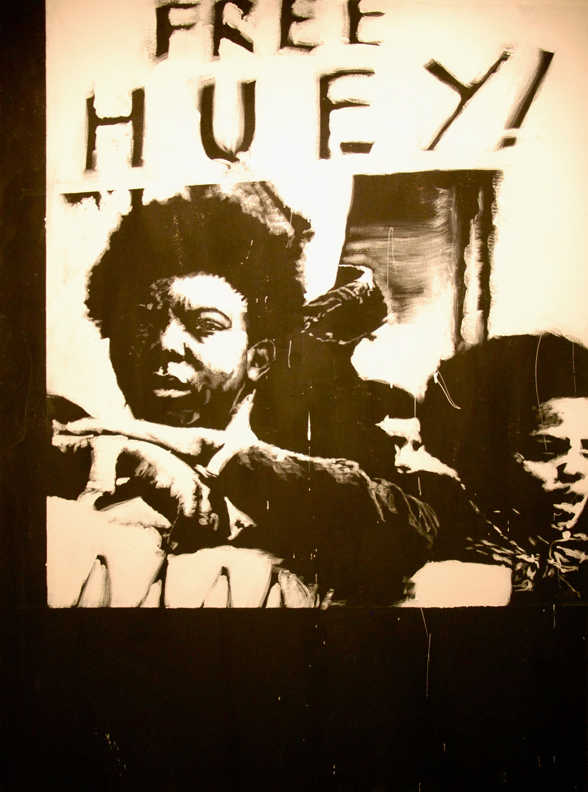 I study the story of my people … Black People. The focus is on the leaders and activists of Black political movements. I am learning the truth on how the African race has impacted American society. My work is about the resurrection of these inspirational people who have been excluded from American mainstream history. My objective is to raise awareness of these individuals and their dramatic effect on American history.

The Black Panther Party for Self Defense is my current project. My paintings explore the beliefs of the organization and its influential members. The powerful contrast of black and white pigment is an ideal portrayal of these forgotten soldiers. Juxtaposed with the portraits are areas consisting of a black/white plane. The plane is a symbolic representation of the pages of history that have been blotted out or whitewashed in order to cover up the truth of the role the Negro has played in the building of this nation. I aim to raise a sense of Black identity amongst my people.

Thanks to all of you who took the time to read this. All Power to the People! Blessings and Peace.