Unfortunately for prisoners, George Giurbino has been entrusted with enormous power over us. He has been at the forefront of overseeing the change that is to take place in regards to long term solitary confinement units, sensory deprivation, prison torture, inadequate medical treatment, inadequate feeding practices, inadequate rehabilitative programs etc. These changes will not ever occur under George Giurbino of CDCr, who happens to be one of the many culprits who have been responsible for creating these inhumane conditions throughout CDCr. 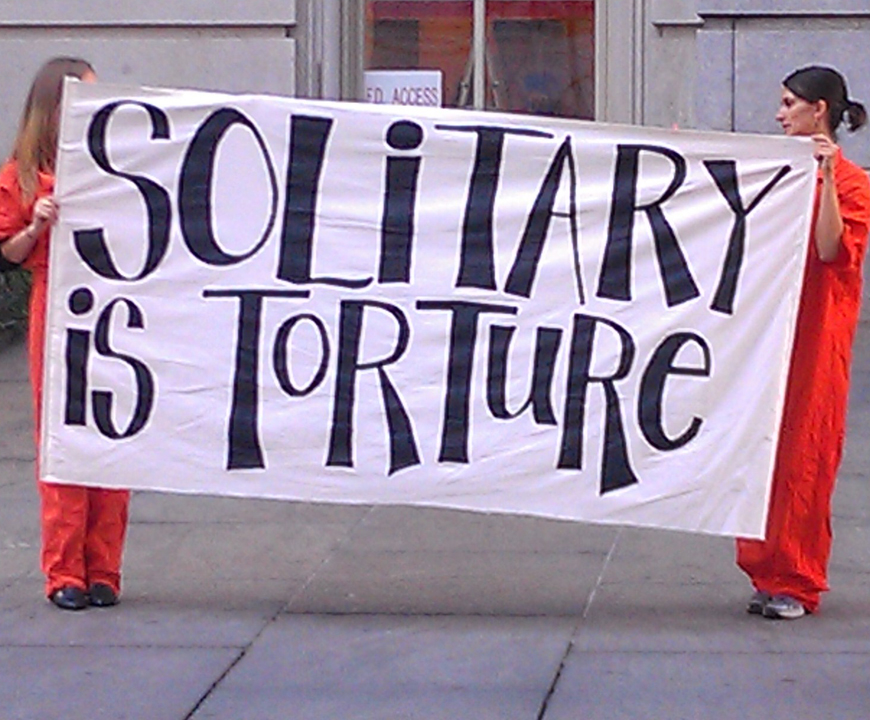 I was, unfortunately, privileged to meet George Giurbino in 2011, and my initial impression of him was that he resembled a character right out of the TV movie series, the “Godfather,” with his thousand-dollar suit, wool trench coat and shiny shoes, which he is able to maintain on his $200,000 annual salary. He resembles Alfred Hitchcock, but a little more pudgy. His demeanor is a reflection of the good ol’ boys mentality – powerful, very condescending and unapologetic. You can instantly tell that he loves his job, if you can call it that, and making thousands of men, mostly, and women in these prisons suffer at his very hands.

But as I began to engage him in dialogue, I could easily hear that G.G. was an unprincipled person who lacks integrity, dignity and self-respect, because in our brief meeting, he demonstrated to me that he was a habitual liar. He told me over 20 lies in an interaction that lasted 15 to 20 minutes. The man had no truth in him. Therefore, he could not be a representation of my humanity or any other human being for that matter.

G.G. of CDCr has taken a position to implement what many of us prisoners already knew from the get go: Whenever the poor citizens of this nation fight for their basic humanity, the state pushes back by suppressing the people’s peaceful demonstrations, meaning that we prisoners must be prepared to SUFFER if we want to make our torture inside these solitary confinement units known to the world.

G.G. is not sincere about changing CDCr. He’s simply a professional con artist. It’s what he does. He gets paid a lot of money for selling lies to California taxpayers, and the more effective he is at doing that, the more money and power he is rewarded.

The world must be awakened to these truths. The world must hear our voices. It’s our sole responsibility to educate the public about what is going on inside every prison where injustices occur, especially torture, because it is taxpayers’ dollars that pay for these torture chambers.

It’s been about 18 months since we began our July 1, 2011, hunger strike, and it will be 24 months and seven days before we go on our next scheduled hunger strike on July 8, 2013. G.G. and CDCr have done nothing. All our achievements have been external, which we pointed out in the article by Sitawa Nantambu Jamaa called “Reflections.”

We prisoners had been promised a step down program (SDP) that CDCr structured up. Actually, in 2007, a STG [security threat group, roughly equivalent to “gang” – ed.] program was written, but CDCr allowed it to be shelved for five years while we prisoners continued to be subjected to suffering long term solitary confinement and denied our right to due process. It wasn’t until we went on our two hunger strikes that exposed how CDCr and G.G. was, and is, torturing us in these torture chambers that changes began to happen.

The current proposed step-down program is nothing but red tape designed to defuse and confuse any activities or proposed actions by prisoners because, based on CDCr and G.G.’s own words, they do not even know how to implement the step-down program. They are attempting to manipulate the federal courts right now in order to dismiss our class action civil suit, by saying that they, the CDCr, have established a meaningful step-down program that would end long term solitary confinement, which would make our complaint moot.

This is CDCr and G.G.’s strategy to try to present the STG/SDP as a viable system that will afford us access out of these torture chambers, when in all actuality it is nothing but a scheme, because the STG/SDP cannot deliver what it actually promises in print. In G.G.’s recent declaration, he says there have been only 77 central files, or C-files, reviewed in the months of November and December, throughout the whole CDCr, and that 43 prisoners were put up for release from SHU – NOT released, but put up for release – according to G.G. But as soon as this occurred, the attorney general filed on behalf of CDCr and G.G. his “Declaration of G. Giurbino in Support of Defendants’ Motion to Dismiss Plaintiffs’ Second Amended Complaint, or alternatively to Stay.” These con-artists are trying to get our case dismissed, or get a stay, under these flawed attempts they have made in order to manipulate the federal courts.

Twenty-one prisoners, G.G. claims, have been placed in Step 1 of the four steps of the step-down program. G.G. claims 11 prisoners have requested to be kept in SHU!? One wonders, who is he referring to? G.G. claims one SHU prisoner was classified for release from the SHU at Corcoran State Prison to general population but was temporarily assigned to the institution’s Administrative Segregation Unit pending investigation into matters implicating the prisoner’s safety. What a joke.

The world must be awakened to these truths. The world must hear our voices. It’s our sole responsibility to educate the public about what is going on inside every prison where injustices occur, especially torture, because it is taxpayers’ dollars that pay for these torture chambers.

Are we not protected by the United States Constitution?

G.G. admitted at the Board of Parole Prison Hearings, Dec. 10, 2012, that we prisoners have not been afforded due process, which is in clear violation of our rights in the Fifth and 14th Amendments, that guarantee each and every one of us due process of the law. The Eighth Amendment prohibits cruel and unusual punishment, which is torture, which is us prisoners being held in solitary confinement indefinitely, without ever breaking a prison rule or state or federal law, anywhere from 10 to 40 years, under conditions of sensory deprivation, isolation, etc., etc.

It is a clear constitutional violation of our rights as prisoners to take a class- and race-based approach by targeting specific prisoners in the prison industrial complex. This is clearly a crime against humanity, and Amerika and the world should be outraged.

Before we go, we would like to leave you with a quote from the United States Constitution’s 14th Amendment: “No State shall make or enforce any law which shall abridge the privileges or immunities of citizens of the United States; nor shall any State deprive any person of life, liberty, or property, without due process of law; nor deny to any person within its jurisdiction the equal protection of the laws.”

Editor’s note: This story was written Jan. 17, 2013. Meanwhile, George Giurbino has retired as of the end of the year. The writers may not have known – and neither had we until we noticed a new name next to his title, director of the Division of Adult Institutions, on CDCr’s Executive Staff webpage, and a note on the PacoVilla Corrections blog, the only mention anywhere of his retirement. Let’s hope that his replacement, Kathleen Dickinson, is an improvement. The writers have given her some wise marching orders.