This article was written from phone interviews with the father of Oscar Grant III, Oscar Grant Jr., who is currently held behind bars at Solano State Prison in Vacaville, Calif.

On Sept. 8, 1985, Oscar Grant Jr. found himself in jail for a murder he did not commit and has since been held in prison for 28 years. An innocent Grant suffered for decades the dehumanizing conditions of prison and was deprived of raising his son, Oscar Grant III. His reality took a more horrifying turn on New Year’s Day 2009, when from inside prison Grant Jr. learned the news that a police officer had deliberately killed his son on a train platform in Oakland. 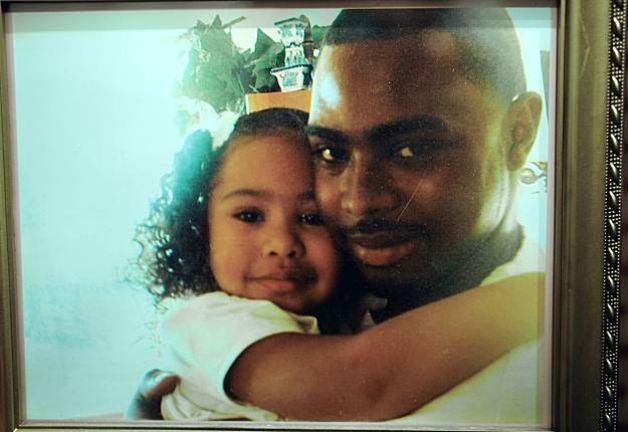 Grant saw the video, along with the rest of the world, of Johannes Mehserle pulling his weapon and executing Oscar Grant III at point blank range on the platform of Fruitvale Station. He watched painfully as masses of people poured into the streets repeatedly. Like the people who fought in the streets, he felt a momentary victory as Mehserle was put behind bars. But the outcome of the trial and sentencing – only 11 months in jail for killing his son, while Grant Jr. sat behind bars – was an outrage.

The racist ‘War on Drugs’ and mass incarceration

Oscar grew up in a poor community in Oakland, Calif. As a young man in the early 1980s he worked various jobs at convalescent homes as well as loading and unloading trucks.

He also started selling crack cocaine and explained to Liberation News: “I was drug dealing alongside these jobs. That’s what we were doing. We came up in that area and that’s what people did. I did it because I was trying to get rich and the money was good. We were able to go out and have fun; we bought cars. As someone from that area, I would never have made anywhere near that kind of money without drug dealing.”

Oakland suffered deeply from the economic and political transformations of the 1970s, which ravaged inner-city Black communities nationwide. As the U.S. capitalist class led a technological revolution, shifting industrial production to more exploitable nations around the world, while orienting the home market to service work, many of the decent-paying jobs that had hired Black workers disappeared.

On Sept. 8, 1985, Oscar Grant Jr. found himself in jail for a murder he did not commit and has since been held in prison for 28 years. An innocent Grant suffered for decades the dehumanizing conditions of prison and was deprived of raising his son, Oscar Grant III.

This ran parallel to the rise of “law-and-order” politics, in which the U.S. ruling class attacked the radical movements of the period, eliminated welfare and other social safety net programs, while turning towards mass incarceration policies, the “War on Drugs” and the militarization of the police. The combination of these factors pushed many poor and working Black communities into a corner between chronic unemployment and low-paid service sector jobs, as well as the underground economy.

With the mass influx of drugs, a process that CIA operatives were repeatedly implicated in, Grant faced a common choice – a life of super exploitation for low wages or one of building a potentially profitable business. Everyone is taught from an early age to seek wealth, build a business and generally live the so-called American dream. Grant, like many who are now warehoused in prisons across the country, were “pulling themselves up by their bootstraps” in the underground economy – the only economy that appeared to him to provide real opportunity.

False murder conviction: ‘Oscar didn’t pull a trigger and never had a gun’

Explaining his false murder conviction, Grant told Liberation News, “We were all drug dealers. It was a drug deal gone bad. Someone tried to set it up to kill me but it backfired.” 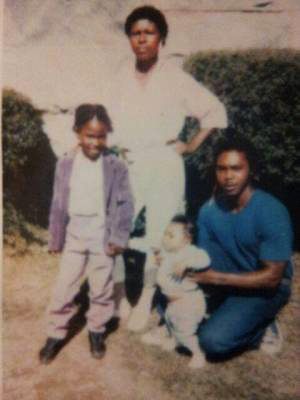 He had learned of a feud on his block between different dealers and wanted to visit one of these individuals to settle things. He entered the home of a drug dealer but behind him followed another partner. Some bickering ensued that led to a gunfight and one man wound up dead.

The only eyewitness, the girlfriend of the man who was murdered, testified that Oscar did not shoot the man and that he didn’t even have a gun.

Grant was arrested and charged with the murder. He explained that during the trial, “Rival drug dealers paid witnesses to testify against me. Three people who were all dope fiends in the neighborhood were paid off. A woman claimed to have heard me saying something. One man claimed he saw me running away from the house. None of them were inside the house or saw what happened. No physical evidence was used against me.”

He went on to explain, “I refused to testify against anyone. I refused to talk to the cops. They wanted me to snitch on others from the neighborhood. That is why they decided to frame me for the murder, as a punishment against me for exercising my right to remain silent.”

The only eyewitness, the girlfriend of the man who was murdered, testified that Oscar did not shoot the man and that he didn’t even have a gun. But like so many others caught in the racist system, Grant went to trial in a context in which Black men are culturally stigmatized, deemed a threat to society and assumed guilty. In short, no amount of evidence would change the fact that he was a poor Black man in the United States – and therefore expendable.

Grant’s son and the national epidemic of police brutality

Reflecting on his son’s upbringing, Grant commended the women in his family: “Wanda raised Oscar with the help of other women in the family. I have to give her all the credit in the world. She did a damn good job raising him.”

He explained that he had a great relationship with his son when he was a child. Family members would bring him to visit the prison. But had he been on the outside, “His [son’s] life would’ve been better because I could’ve gone to his baseball games. I can’t say for sure I would have made him any better as a person, because I know that Wanda did such an incredible job on her own. But I could have done all the things that parents are supposed to do with their son or daughter, which is what we deserved.”

“That stuff f—ed me up,” he said of the initial news of his son’s murder. “That hurt me hella deep and it still does right now. Everyone inside these walls was pissed off. They were angry about what happened and wanted to know why. They showed me support.” 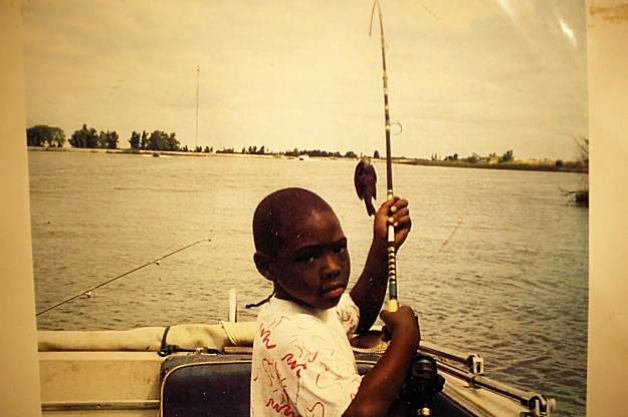 While discussing the ongoing epidemic of police brutality, Grant explained: “This has been going on before I was even born. I’ve never liked the police and I was raised with that understanding. They wear their badge and they get away with doing whatever they want to do and that badge will protect them. Their system has shown that time after time after time.

“Not just with my son, but also with Trayvon, who was put on trial for being murdered, or even my partner’s son, Alan Blueford. They killed him too and just like my son he had no gun on him. Our lives have always meant very little to the police and courts.”

On what can be done to end the epidemic that claims a Black person’s life every 28 hours, Grant said: “They’re going to keep getting away with that stuff until the people put a hold on it. We have to show them that we’ll lock up one of them for this for a long, long time and then maybe they will think twice about doing it to us anymore. Regardless of their courts and their laws, we need to lock up Mehserle; we need to lock up Zimmerman.”

He went on to discuss the ongoing movement inside of California prisons with a combination of admiration and brutal realism, saying: “Whether you are on hunger strike or not, you are basically dying. The prison officials and the guards don’t care if you hunger strike because they always have another body to fill that cell. I don’t knock them [hunger strikers] though for doing it; I respect them, because if they don’t stand up for what’s right, they will keep constantly getting f—ed over. They’re many Davids against Goliath.”

Grant’s message to the outside world

Grant has a straight-forward message to the outside world: “I want to see Mehserle retried for the crime he actually committed – murder. I have done my time for something I didn’t even do. It’s time for Mehserle to do his.”

He added: “Whatever you choose to do in life, if you do a wrong, you have to accept all the responsibility that comes with that wrongness. For the things I’ve been through in life and what happened with my son – I would never want to see anybody else go through that hell. To all the fathers across the country who are locked up for a crime they didn’t commit – keep your head up and don’t ever give up hope. Stay strong – we will all be free. 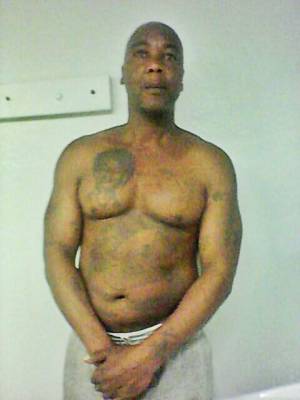 “To Mehserle I would like to ask, ‘What were you thinking when you killed my son?’ There is no way in hell I will ever believe you were trying to pull a taser. I saw the video. You got away with murder. And finally to my granddaughter, Tatiana: ‘Don’t worry. Grandpa will be home. I love you very much, and things will get better.’”

Grant has gone up for parole four times in his 28-year stint in prison. But as someone who was pulled into the culture and daily life of prison, he was denied repeatedly. He is supposed to have another opportunity at parole in 2014. At the time of the writing of this article, the ANSWER Coalition (Act Now to Stop War and End Racism) is launching a campaign to free Oscar Grant.

Current events have blatantly undermined the legitimacy of the laws, courts, police and prisons.

One only needs to look to HSBC or Wachovia, banks that have admitted to money laundering for the drug trade to the tune of well over $60 trillion with the knowledge and complicity of its highest ranking executives. These banking giants paid a small fine and not one executive went to prison. The “War on Drugs” isn’t taken so seriously with the super-rich.

The law applies to the poor but not bankers. The courts let racist vigilantes walk free. The police kill the innocent on camera and are hardly ever fired, let alone prosecuted. The prisons are merely a warehouse for the poor and torture chambers for many who would choose starvation over their conditions.