I hear demagogues go on their vicious attacks about how violent prisoners held in solitary confinement are, yet we are actually the role model prisoners, if there is such a title. Many of us have sat in these tombstones back here under concentrated torture, while correctional officers have violated and disrespected us routinely, subjecting us to physical and psychological torment each day we have been back here. 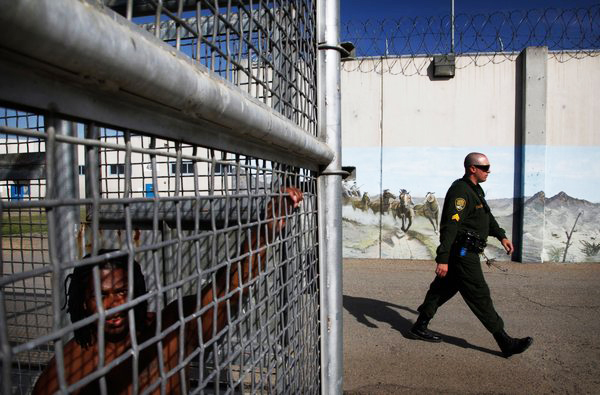 We have collectively opted to refrain from any violence, even though CDCr actions have been very violent toward us! Especially when they took a mentally ill New African prisoner and forced him in boiling hot water, then laughed about it saying, “We going to have us a white boy before it’s through,” as his skin fell from his flesh [the most memorable atrocity recounted in the landmark case, Madrid v. Gomez].

I witnessed this with my own eyes. This was an insidious, racist attack that was unprovoked by prisoners. So we have been very disciplined – and this is just one of many attacks prisoners have suffered.

The gang shot-caller or leader rhetoric is a farce. One thing CDCr does well is label its prisoners as gang members or associates. Eighty-five percent of everyone in solitary and on GP (general population) has been given a gang title, so there is no surprise there. Of 137,000 prisoners in California, 11,600 are labeled as gang members or associates.

CDCr throws gang titles around to dehumanize prisoners to the public, which is why they label everyone. You’ve got to seek the truth: There are 14,000 prisoners held in solitary confinement – 3,000 of whom are gang leaders or generals, according to prison officials.

We have collectively opted to refrain from any violence, even though CDCr actions have been very violent toward us!

They say everyone they hold in solitary confinement is the most violent of prisoners because we are the masterminds, but they cannot show the public anything but rhetoric. No violence, no criminal gang acts have been committed by these gang leaders or generals who are supposed to control, or so-called lead. They can associate any of us to others inside or out.

They try to use hype and old alleged incidents to propagandize and frighten the public. With all the rhetoric, one would think they could show and tell, but it’s all hype. And we prisoners have to dispel these lies because it’s done to pull the wool over the public’s eyes in order to win their support.

I am one of the four prisoner representatives. When CDCr uses a violent act to denigrate my character, they generalize and go back 40 years, as did Secretary Beard [in “Hunger strike in California prisons is a gang power play,” published by the Los Angeles Times Aug. 6, 2013, in the middle of the 60-day hunger strike]. Why do you think he went to the 1970s to speak to violence he alleges we are associated with? Because he has nothing else.

But I wasn’t in prison in the 1970s, nor were any of the other four representatives. Then he went to the streets trying to link prisoners to violence, because he had none to link to us inside prison. So he associates us with whatever violence he can out there on the streets! The blame is placed on us, but we’re never charged or prosecuted. They just use it to propagate to the public that we’re the worst of the worst.

The public need to know we are under more scrutiny than those held in Guantanamo Bay. Our isolation has been for up to 43 years for the longest held prisoner – for me 29 years and others 10, 20, 30 years straight, only for being validated as a gang member or associate.

There is NO VIOLENCE! The CDCr lied when they said we are violent men. Our lockups are “administrative,” NOT FOR VIOLENCE. They can show NO Rules Violation Reports – disciplinary reports. We have not committed any offenses to be placed in solitary confinement. The prison gang officers screen our incoming and outgoing mail. They do not allow us to have phone calls. We sit in our tombstone 23 hours a day, if not all day.

There is NO VIOLENCE! The CDCr lied when they said we are violent men. Our lockups are “administrative,” NOT FOR VIOLENCE.

There is no way any of us could do what CDCr is charging that we did, if we even wanted to. Its lies are not about your safety and security. They’re about your hard-earned tax dollars. Prison officials hold prisoners in solitary confinement that they know are going home sooner or later, but they won’t let them out on a prison yard because they’re “too dangerous,” according to them, but they’re cool to be released back into the public, after they’ve been subjected to years of torture.

So much for the public safety. Wouldn’t it be safer to allow a prisoner to program in a social atmosphere inside the prison in order to get him or her out of that isolated, anti-social state? Plus, if we are to be tormented each day of our lives, why won’t the state just murder us? Why hold us back here under these torturous conditions?

There is no way any of us could do what CDCr is charging that we did, if we even wanted to. Its lies are not about your safety and security. They’re about your hard-earned tax dollars.

We’re not animals, although we’re treated like animals. We’re not savages, although we’re treated like savages. The issue is that we are a commodity – a surplus – and CDCr is profiting off our lives and using violence as a premise to justify it. This is why Gov. Brown keeps the media out of the prisons. The Office of the Inspector General (OIG), Ombudsman and Internal Affairs will never investigate against their own interests. They get paid because of prisons and the prisoners placed in them.

During the hunger strike, we had Chief Deputy of the OIG Rusty Davis walk the tier talking about he’s here to check on the hunger strikers. When people made complaints, he disregarded them, nor did he take one note. He just wanted to look at us. He had no interest in our suffering, nor did he care to see any facts in relation to our situation.

He used this opportunity to reacquaint himself with his old prison officials. There were countless complaints he could have looked into, but he refused to do his job. This is what’s wrong with this system: no checks and balances. The CDCr is run where all personnel fail to uphold their responsibility, which is why the system is self-destructing from the inside out.

We can only do what we’re doing to secure our lives from such torture: peacefully resist … resist … 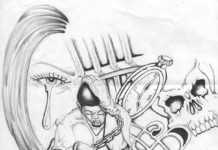 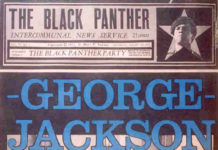 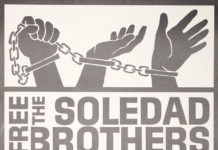