Six years ago, on Jan. 1, 2009, Oscar Grant III, 22, was shot and later died of bullet wounds received when Johannes Mehserle, then a BART police officer, fired his gun at point blank range into Grant’s back – after Grant and his friends had been taunted with racial epithets and assaulted by Mehserle and other BART officers on the scene, while Mehserle’s partner, Tony Pirone, held Grant down with both hands and a knee on his head and neck.

Both Pirone and BART Officer Marysol Domenici assaulted, hurled racial epithets and threatened to taser and/or kill Oscar Grant’s five friends who were on the BART platform with him at the time of his murder.

Johannes Mehserle and the other officers fled the scene of the crime and, soon after, fled the state of California.

Videos of Oscar Grant’s murder went viral, and Oakland – and the world – erupted in countless rebellions and protests that continued for years.

Mehserle was forced to return to California to stand trial only by the weight of global community outrage. Pirone and Domenici were fired, but Domenici was re-instated, despite numerous instances of perjury under oath when questioned about events surrounding Oscar Grant’s death.

BART Police Chief Gary Gee hurriedly resigned under the weight of public pressure and the outcome of the independent investigation conducted by the Meyers Nave law firm, which concluded: “Officers did not follow recommended procedures” on the Fruitvale BART station platform. “The summary of the report describes the tactics of officers on the scene as ‘seriously deficient,’” in direct contradiction of the Gee whitewash of his internal affairs investigation of Jan. 12, 2009.

The trial – moved to Los Angeles because it was alleged that Mehserle couldn’t get a fair trial in the Bay Area he supposedly “protected and served” – began on June 14, 2010, after Mehserle, a $65,000- a-year ex-cop posted a $3 million bail.

All jurors had ties to law enforcement through friendship, past service or relatives.

According to a recent Equal Justice Initiative (EJI) report, jury selection in which Afrikan people are banished deliberately due to racial discrimination continues to be a widespread practice.

Nearly 135 years after Congress passed the Civil Rights Act of 1875 to eliminate racial discrimination in jury selection, people of color continue to be excluded from jury service because of their race, especially in serious criminal trials and death penalty cases. EJI on June 1, 2010, released a new report, “Illegal Racial Discrimination in Jury Selection: A Continuing Legacy,” which is the most comprehensive study of racial bias in jury selection since the United States Supreme Court tried to limit the practice in Batson v. Kentucky in 1986.

“The underrepresentation and exclusion of people of color from juries has seriously undermined the credibility and reliability of the criminal justice system, and there is an urgent need to end this practice,” said Bryan Stevenson, EJI’s executive director. “While courts sometimes have attempted to remedy the problem of discriminatory jury selection, in too many cases today we continue to see indifference to racial bias.”

Be that as it may, clearly the “accidental” shooting story saved the day for Johannes Mehserle. It was the East Bay’s Double Jeopardy response to the West Bay’s infamous Dan White “Twinkie defense” of 1979. Both cases successfully returned verdicts of manslaughter instead of murder against villainous, white, racist, homophobic officials – a BART cop murdered Oscar Grant and an ex-cop, ex-fireman turned ex-San Francisco supervisor, Dan White, murdered Mayor George Moscone and Supervisor Harvey Milk – despite multiple witnesses.

Dan White had the sense to rid the universe of his useless waste of flesh. Mehserle, unfortunately, is still around and has had the bad taste to attempt an appeal of his conviction on the grounds that it negatively impacts his ability to work in law enforcement. Given the criminal history of police in America, that is a highly questionable assessment. Bah humbug, Mehserle. And what irony that Dan White’s mortal remains were prepared for their final rest by a gay mortician.

Despite the fact that the Oscar Grant case was the first in the history of California where a white cop was forced to stand trial for the murder of a Black man, Mehserle claimed he accidentally pulled his gun instead of his taser, even though Oscar Grant III photographed Mehserle with his taser in his hands pointed at Grant moments before Grant photographed him with his gun drawn and shooting him.

Mehserle was believed. He got credit for time served, served half of a two-year sentence and was out on the streets a free man not a month later.

Shades of the infamous Dred Scott decision of 1857! This was the decision in which Maryland Chief Justice Roger Brooke Taney, himself an enslaver, stated that a Black person had no rights that a White person was bound to respect. Taney’s precise words in Scott v. Sanford were:

“It is difficult at this day to realize the state of public opinion in regard to that unfortunate race which prevailed in the civilized and enlightened portions of the world at the time of the Declaration of Independence, and when the Constitution of the United States was framed and adopted; but the public history of every European nation displays it in a manner too plain to be mistaken. They had for more than a century before been regarded as beings of an inferior order, and altogether unfit to associate with the white race, either in social or political relations, and so far unfit that they had no rights which the white man was bound to respect.”

Demonstrators by the millions were labeled “outside agitators,” and several police departments joined in pulling out all of their favorite toys – from tanks and automatic weapons to the infamous sonic cannon – to criminalize global public outrage of unarmed citizens over what was obviously the state and federally sanctioned lynching of a young Afrikan man.

Then, on Friday, June 11, 2011, paramedic Sean Gillis, an instructor and supervisor in the Oakland Fire Department, filed suit against the OFD in Alameda County Superior Court, Case No. RG-11-581209, alleging that:

“The OFD mistreated Oscar Grant in its response to Grant’s 911 calls on Jan. 1, 2009, destroyed all evidence related to the mistreatment, ordered Gillis to stop his investigation of the call response, refused to comply with an order for a call review by former OFD Medical Director Dr. Michael Howard, M.D., forced Dr. Howard to quit by withholding his paychecks and is currently retaliating against Gillis.”

Johntue Caldwell, Oscar Grant’s best friend and godfather to his daughter, filed a $5 million federal civil rights lawsuit on the basis of the mistreatment he suffered at the hands of Mehserle, Tony Pirone and Marysol Domenici. Mysteriously, Caldwell was murdered on July 15, 2011, when someone walked up to his car at a gas station and fired several shots into his body at point blank range. He leaves behind two sons. The murder has not ever been properly investigated or solved.

Despite the $1.5 million that BART will pay to Oscar Grant’s daughter and his daughter’s mother as a result of a civil lawsuit filed by attorney John Burris, which ultimately will pay his daughter Tatiana over $5.1 million throughout her life, Oscar Grant III, 22, was murdered in cold blood. The money will not bring him back.

Neither the family of Oscar Grant III nor the world will forget.

These photographs chronicle an enraged community’s protests on Jan. 30-31, 2009, of the $3 million bailout of a killer cop and his subsequent release from jail in the aftermath of the state sanctioned murder of Oscar Grant III and the July 8, 2010, rebellion when Oakland learned that killer cop Mehserle had not been convicted of murder. 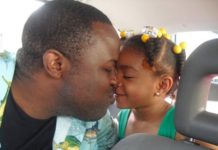 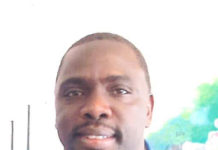