Opening night, Thursday, June 13, set the parameters for the high-powered weekend that was to follow, with the screening of “Guitar Man,” the story of how a guitar-playing music teacher’s love for music helped him to accomplish extraordinary things with his students inside and outside of prison walls. The subject of this biopic was in attendance, along with a large number of the cast and crew for the Q&A that was hosted by locally based and internationally known guitar man and vocalist for the legendary R&B group Tony Toni Tone, D’Wayne Wiggins.

Friday’s main event was screening the documentary, “If You Don’t Know Me by Now: the Teddy Pendergrass Story.” A full house crowd laughed, cried and felt relieved that they knew the real facts behind the life of one of the greatest soul crooners to ever breathe on a mic. The legendary jazz poet Avotcja hosted the Q&A with the audience, beautifully adding her passion for the man’s music and giving context to the era that was being discussed. Her presence as a host was invaluable. Some amazing shorts like “Dara,” “The Birth of Afrobeat,” the animated film about immigration called “Kitwana’s Journey,” the coming of age story “Good Kidd” and a whole lot more were also screened prior to the main event.

Saturday kicked off with more great films including “Lalo’s House,” “Belonging in the USA: The Story of Michael McCarty,” and the animated short film “Inalienable Rights.” I hosted a Q&A with Jamaal Bradley, the filmmaker of the animated short “Substance,” about the career in film of this former supervising animator at Dreamworks who also worked with Disney, as well as on a number of Oscar-nominated animated films like “The Penguins of Madagascar,” “Kungfu Panda 3,” “Puss and Boots 1 & 2” and more. He also worked on games “Team Fortress 2,” “Medal of Honor: Breakthrough” and “Left for Dead 1 & 2.”

San Francisco acting legends Ben Guillory and Danny Glover’s appearance alongside filmmaker Junie Smith after viewing his film, “The Robeson Effect,” was one of the seminal points of this year’s festivities. They talked about their lives as thespians, growing up in San Francisco’s Black community chasing their dreams, and creating The Roby Theater in honor of the great freedom fighter and thespian Paul Robeson. Beyond it being a full house at the FilmMore Grand Theater, at 1330 Fillmore St in San Francisco, festival goers got a chance to take pictures, shake hands and, most importantly network with local legends, who decades ago were in their very shoes, attempting to break into the lily-white film industry we call Hollywood.

On Sunday, the short “iCoolie” was one of my favorite films that screened because it took a critical look at what it is to be African in today’s times. The film looks at the history of the Indian indentured servants aka coolies brought to South Africa during British colonization, as well as their self-defined identity as African today. It is important to note that the racist Indian nationalist leader Mahatma Gandhi, made famous in the Black community by Dr. Martin Luther King, was born a coolie, so it is important for us to dissect this topic thoroughly and begin the conversation and dialogue on African identity. On Sunday the festival ended with Danny Glover returning once again, this time on a panel at the African American Art and Culture Complex.

If you did not attend this year’s festivities, hopefully after reading this, you will not want to miss next year. So schedule your flights, hotel and transportation now, because the SF Black Film Fest is always the second weekend in June every year. Also don’t forget to attend the Oakland International Film Festival which is coming in September. 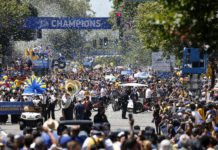 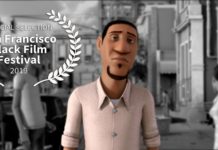 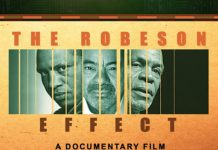 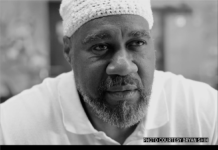