Carpenters, community members, union organizers and human rights activists packed Hearing Room 263 at City Hall on Feb. 28 to testify to the Board of Supervisors in support of a lawsuit that 27 Black and Latino carpenters have filed against AIMCO (American Investment and Management Co.) for acts of sabotage, race-baiting and extortion at construction sites in Bayview Hunters Point. AIMCO was granted $73 million in revenue bond financing by the city to repair four subsidized housing complexes in Hunters Point – Bayview, Shoreview, All Hallows and LaSalle – even after the city had to sue the corporation in 2003 for damages it refused to repair. AIMCO is now being sued by the carpenters for its poor management and oversight of the four subcontractors it hired to manage the reconstruction work: Fortney and Weygendt, IMR, Bay Building Services and Bay Area Construction Framers.

The crowd that packed the hearing room was given instructions to clear the perimeter of the room and to refrain from applauding between testimonies, but the turnout, energy and shared frustration was impossible to derail. Latino carpenters traded places at the podium to report stolen wages, check forgery and termination threats by the foremen on the job. Hector Rodriguez was paid 31 percent less than what he should’ve been as well as contributing $100 every week in “mandatory deductions.” When his son suddenly fell sick, he asked for a reprieve in wage deductions and was threatened with firing for making the request.

Since older Black carpenters in the community are highly skilled, trained in U.S. labor rights and often organized with local unions and each other, another popular tactic of the subcontractors has been to sow distrust and division between Black and Brown workers. In a classic attempt to divide and conquer, one Latino carpenter said, “The company would hide us in the warehouse when union representatives would come to the site.”

Bayview Hunters Point is home to scores of Black carpenters and contractors who have decades of experience in the construction trades and could have rebuilt the community from the start. But no matter how hard they try to compete for work, from cleaning up the toxic Hunters Point Shipyard to expanding the San Francisco International Airport, extending BART and Muni lines and repairing public and subsidized housing, if they’re not in the Mayor’s rolodex, they don’t get the job.

When they have gotten work, they’ve been met with various obstacles meant to prevent them from finishing the job and given menial, health taxing work like demolitions, rat de-infestations, toxic clean-up and other dirty, dangerous jobs. “They’ve got 18-year-olds out there doing the finish work and working 40 hours a week. We’d get the bull work and be the first cut,” said one of the Black carpenters, Bob Ivy. “They’d rotate us in for five days here, two days there. Some people would never be called back to work. We’ve been pressuring the city to take care of this, to ensure fair employment for everyone in the city.”

Tensions have been running high in Hunters Point recently because of the double-sided nature of the “development” coin, which has resulted in forced migration from Latin America and massive displacement of Black communities throughout the U.S. in the name of corporate privatization. Because corporations are adept at building on the cheap through labor abuse and unregulated access to raw materials, their power has grown exponentially.

Since the beginning of the urban renewal period (1940s-1980s) through the current era of its euphemistic successors, “redevelopment” and “revitalization” programs, local and national governments have favored corporate developers over skilled workers and contractors of color, particularly because they are, well, racist and are well-connected to the people who comprise the leadership of the wealthiest corporations. “After all,” says Mary Ratcliff, editor of the Bay View newspaper, “You hire who you know.”

In the 1960s, James Baldwin famously dubbed urban renewal “Negro removal.” Perhaps the only difference between urban renewal and redevelopment and revitalization is that the global working class has been pulled into the domestic equation.

Since the U.S. government passed NAFTA (North American Free Trade Agreement) in 1994, the U.S. manufacturing industry has lost over 3.7 million jobs while forcing cheap agricultural imports on Mexico and increasing pressure on the Mexican government to industrialize its economy, having the forecasted effect of pushing campesinos off their land and families and workers in the skilled trades out of their homes and across national borders. Between 1990 and 2002, the undocumented population from Mexico in the U.S. increased by about 250,000 to 300,000 per year on average.

Immigration from Mexico had already become so popularly acknowledged and desired by corporations that in 2000, then-Mexican President Vicente Fox advocated the idea of free flow of people across the U.S.-Mexico border as a second phase of NAFTA, which would be completed in 10 years. However, negotiations ceased after the 9/11 attacks, when debate in the United States shifted towards an immigration policy with security as its main goal.

As Alejandro Portes’ article “NAFTA and Mexican Immigration on Border Battles” notes: “It was supposed to be the magic wand that took care of immigration. [NAFTA] was to make Mexico rich and create enough employment incentives to keep its people at home. It has been anything but. More than 10 years after the signing of the treaty, economic growth has been anemic in Mexico, averaging less than 3.5 percent per year or less than 2 percent on a per capita basis since 2000; unemployment is higher than what it was when the treaty was signed; and half of the labor force must eke out a living in invented jobs in the informal economy, a figure 10 percent higher than in the pre-NAFTA years. Peasant agriculture has been eviscerated by the arrival of agri-business and the lifting of restrictions on the sale of peasant land. The response of peasants and workers thus displaced has been clear and consistent: They have headed north in ever greater absolute numbers.”

CAFTA (Central American Free Trade Agreement) has had identical repercussions. Since CAFTA was unconstitutionally passed in El Salvador in 2006, for example, subsistence farmers have been transformed into economic refugees almost overnight. Forced displacement has increased 40 percent so that now 700 Salvadorans leave for the United States every day. In fact, one-third of the Salvadoran population lives and works in the U.S. Because remittances (money sent from the U.S.) make up the largest source of GNP, right wing political leaders are not only loathe to contend with corporate interference in their country’s economic and political affairs but they’ve proudly announced gradual increases in remittance revenue as evidence that their policies are strengthening the domestic economy.

Thus, one of the big pictures to keep our eyes fixed on is of the glaring competitive advantages and direct windfalls of profit enjoyed by elite politicians at the city level – like Gavin Newsom – and behemoth corporate developers of national scope – like AIMCO, Lennar and the John Stewart Co. – as a result of the U.S. government’s hostilities on poor and working class people of color. AIMCO’s many egregious acts in this case (see http://www.sfbayview.com/News/Main/Carpenters_sue_AIMCO_in_Hunters_Point.html) are true to the transnational corporate model of maximizing profit – not through quality training, high morale and shared ownership – but through fast, cheap and dirty labor practices and the outrageous exploitation of workers and the environment. This model is propped up by the swift movement of tax revenue away from publicly-owned housing and social services and toward private ownership across the U.S. and Latin America.

Social movements in Latin America and in Black communities throughout the U.S. have historically waged serious resistance to this exploitation. Global capitalism has increasingly pushed people at the forefront of both movements together. Black and Brown solidarity in this case is a triumph and exactly what AIMCO and its subcontractors were trying to prevent; therefore, it is their most powerful weapon.

“Black and Brown solidarity in this case is a triumph and exactly what AIMCO and its subcontractors were trying to prevent; therefore, it is the carpenters’ most powerful weapon.”

“It has been incredibly inspiring to see how the African-American and Latino carpenters have shown each other solidarity from the beginning,” said Renee Saucedo, community activist and lawyer from La Raza Centro Legal. “They never allowed this exploitive company to divide them based on race. They’ve always understood that they had to come together as workers to fight for justice at the workplace.”

J. Heyward, a human rights advocate with CISPES (Committee in Solidarity with the People of El Salvador), can be reached at tortakin@gmail.com. 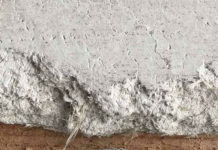 ‘Don’t let anyone tell you it’s not toxic’ 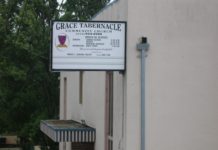 ‘No one should be comfortable when the community is dying’ 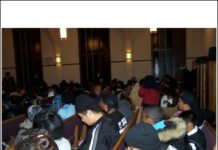 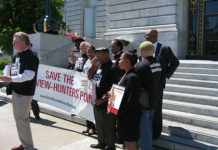 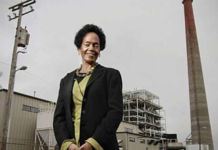 ‘Sophie, you sold us out again!’