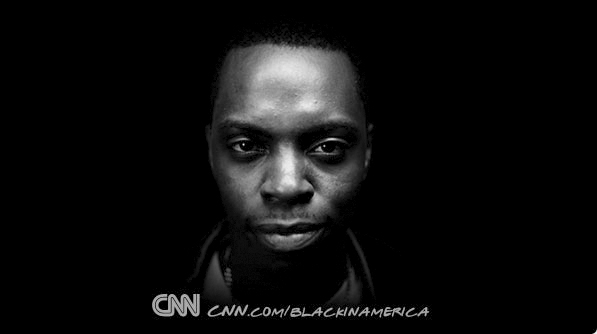 The cable television program “Black in America” focused on several different socio-economic issues that affect African-Americans in today’s society. Aired on CNN, host Soledad O’Brien takes the viewer on a journey through various neighborhoods, effectively shedding light on dark issues that have plagued Black America for some time.

Issues such as education, marriage, pregnancy and violence in different communities throughout the country were highlighted, giving the viewer insight into a plight that only the Black community often feels. While O’Brien did a fantastic job telling the stories of various individuals she interviewed, little emphasis was placed on the story behind the story. Not much focus was given to the “why” in these particular scenarios.

In a country where racism is still alive, it is important for White America not only to see, but also to understand our story as well. For too long only a partial testament has been given to the adversity that affects millions of our people on a daily basis.

Take an inner-city Houston education scenario as one example: An effort put forth by the community to try and enroll dropouts back in school is a fantastic effort, one which O’Brien brings to the forefront of her program with adept ease. Here she is with television crews, interviewers and community activists petitioning at a doorstep for a boy to come back and enroll in school.

However, we fail to analyze the context in which this Black boy is placed. A 17-year-old male stands outside with no shirt on, gawked at not only by several people at his doorstep, but also interviewers, television crews and producers as well as the millions of Americans who will watch him through their television screens.

And that is exactly how they see him – a young shirtless male, with an apparent disinterest in returning to school, emphasized by the fact that he turns immediately on his heels and walks back into his house.

Now, readers, please ask yourself this question: How would you react if complete strangers showed up at your house in the afternoon, bombarding you with pleas to return to your job? Under the gaze of television cameras and reporters that just so happened to be there as well?

Most likely you would walk back into the sheltered safety of your humble abode. Why wouldn’t you? It’s safe from prying eyes, is it not? No one can intrude on your personal space there, broadcasting all of your personal business on the public airwaves for millions to see. Of course we do not consider this, with just the mere fact that the boy is finally persuaded to 1) put a shirt on, 2) return to school and enroll a full month late and 3) finally as his story closes, we see that after only a day in school, he drops out once again.

Surely if only his desire to learn were as strong as his persistence to drop out, he would definitely be at the top of his class, right? What could it be that would cause him to drop out not only once, but twice? It is these questions that O’Brien should have been asking the boy before his image was faded to black, written off as nothing more than a typical failure.

To quote O’Brien and CNN, “Almost 50 percent of Black males do not graduate from high school and only 3 percent graduate from college.” The only thing this statistic makes me think about is why we are not asking these youth, “Why do you want to give up?” It is not enough to show an interest in a perceived failure. More focus must be put on the facts so he is not misunderstood.

And better yet, someone should take the time to find the “why.” It is this question that millions of people never ask.

And with a television program whose audience must surely constitute a sizable number of White viewers, it is key that this question and its answer be provided. It is not simply that all people are narrow-minded; many are just ignorant of the plight of the Black race. Just think, if the same program were aired in Portuguese, would you be able to relate to it without subtitles? The concept is not far from the same here.

An argument can be made that there are completely different schools of thought coming from Blacks and Whites alike regarding issues such as education, healthcare, wealth and pregnancy. Surely there are a percentage of Whites who feel the same socio-economic effects as Blacks do in impoverished areas, but still they are missing a key factor, and sadly enough it is the color of their skin.

It is not just that they deal with these same issues, but more the perception of those who see them. Surely everyone in this economy has been hit hard by its recent stagnation, but how many Whites actually ever had to consider leaving their own neighborhood to buy fresh produce?

These are the kinds of things that tie in directly to the worsening socio-economic condition of Black people all across the country. Not every school is the same. Those schools that lack resources in poor inner-city urban areas cannot produce as many graduates as the magnet school across the river without adequate staffing and funding. But these are the kinds of school we find in most inner-city urban Black areas.

In a world full of choices, not enough emphasis is put on the reasoning behind them. Everyone has a reason for the choices they make, but if no one ever bothers to find out, we lose a key to finding a solution to an overwhelmingly large problem. And that is the answer to the question “why?”

O’Brien’s presentation was not one with very many holes. Besides the missing whys and a few choice commercials, it was rather flawless. However, I feel I must be responsible for challenging the intellect of its viewers. Next time you see such a program, simply ask why something is the way it is.

Stephen Gardner, 19, attends Hampton University and participates in Youth Speak South Shore, a Chicago-based media literacy and writing program. After CNN devoted two nights of coverage July 23-24 to being Black in America, the students discussed and wrote about it and program director and founder Richard Muhammad edited their commentaries. Read more at www.youthspeaksouthshore.blogspot.com. Email youthspeaksouthshore@gmail.com.