The people of Haiti are as poor as human beings can be.

According to the statisticians of the World Bank and others who speculate about how many Anglos can dance on the head of a peon, Haiti may either be the second, third or fourth poorest country in the world.

In Haiti’s case, statistics are irrelevant.

When large numbers of people are reduced to eating dirt – earth, clay – it is impossible to imagine poverty any more absolute, any more desperate, any more inhuman and degrading. 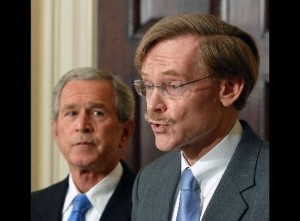 The chairman of the World Bank visited Haiti this past week. This man, Robert Zoellick, is an expert finance-capitalist, a former partner in the investment bankers Goldman Sachs, whose 22,000 “traders” last year averaged bonuses of more than $600,000 each.

Goldman Sachs paid out over £18 billion in bonuses to its traders last year, about 50 percent more than the GDP of Haiti’s 8 million people.

The chairman of Goldman took home more than $70 million and his lieutenants – as Zoellick once was – $40 million or more, each.

It should be clear that someone like Robert Zoellick is likely to be totally bemused by Haiti when his entertainment allowance could probably feed the entire population for a day or two. It is not hard to understand that Mr. Zoellick cannot understand why Haiti needs debt relief.

Haiti is now forced by the World Bank and its bloodsucking siblings like the IMF to pay more than $1 million a week to satisfy debts incurred by the Duvaliers and the post-Duvalier tyrannies. Haiti must repay this debt to prove its fitness for “help” from the Multilateral Financial Institutions (MFI).

One million dollars a week would feed everybody in Haiti even if only at a very basic level – at least they would not have to eat earth patties. Instead the Haitians export this money to pay the salaries of such as Zoellick. 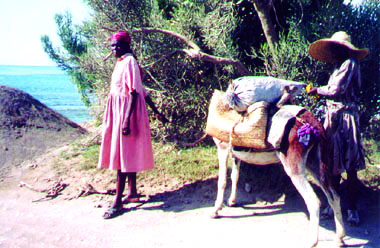 But Zoellick doesn’t see it that way. According to the World Bank’s website, the bank is in the business of eradicating poverty. At the rate it does that in Haiti, the bank, I estimate, will be in the poverty eradication business for another 18,000 years.

The reason Haiti is in its present state is pretty simple: Canada, the United States and France, all of whom consider themselves civilized nations, colluded in the overthrow of the democratic government of Haiti four years ago. They did this for several excellent reasons:

The American attitude to Haiti was historically based on American disapproval of a free Black state just off the coast of their slave-based plantation economy. This attitude was pithily expressed in Thomas Jefferson’s idea that a Black man was equivalent to three fifths of a white man. It was further apotheosized by Woodrow Wilson’s Secretary of State William Jennings Bryan, who expostulated to Wilson: “Imagine! Niggers speaking French!”

The Haitians clearly did not know their place. In February 2004, Mr. John McCain’s International Republican Institute, assisted by Secretary of State Colin Powell, USAID and the CIA , kidnapped Aristide and his wife and transported them to the Central African Republic as “cargo” in a plane normally used to “render” terrorists for torture outsourced by the U.S. to Egypt, Morocco and Uzbekistan.

Before Mr. Zoellick went to Haiti last week, the World Bank announced that Mr. Zoellick’s visit would “emphasize the Bank’s strong support for the country.” Mr. Zoellick added: “Haiti must be given a chance. The international community needs to step up to the challenge and support the efforts of the Haitian government and its people.”

“If Robert Zoellick wants to give Haiti a chance, he should start by unconditionally cancelling Haiti’s debt,” says Brian Concannon of the Institute for Justice & Democracy in Haiti. “Instead the World Bank – which was established to fight poverty – continues to insist on debt payments when Haitians are starving to death and literally mired in mud.”

“After four hurricanes in a month and an escalating food crisis, it is outrageous that Haiti is being told it must wait six more months for debt relief,” said Jubilee USA Network National Coordinator Neil Watkins.

“Haiti’s debt is both onerous and odious,” added Dr. Paul Farmer of Partners In Health. “The payments are literally killing people, as every dollar sent to Washington is a dollar Haiti could spend on healthcare, nutrition and feeding programs, desperately needed infrastructure and clean water. Half of the loans were given to the Duvaliers and other dictatorships and spent on presidential luxuries, not development programs for the poor. Mr. Zoellick should step up and support the Haitian government by canceling the debt now.”

“Unconditional debt cancellation is the first step in addressing the humanitarian crisis in Haiti,” according to TransAfrica Forum Executive Director Nicole Lee. “There is also an urgent need for U.S. policy towards Haiti to shift from entrenching the country in future debt to supporting sustainable, domestic solutions for development.”

The above quotations are taken from an appeal by the organizations represented above.

President Jean Bertrand Aristide, now in enforced exile in South Africa, might be sardonically entertained by a new report just published by the world’s Club of the Rich, the OECD – Organization for Economic Cooperation and Development.

This report, titled “Growing Unequal,” examines the accelerating trend toward economic inequality in the societies of the world’s richest countries.

The report contains several mind-blowing discoveries which will, no doubt, amaze journalists and policy-makers in the Western hemisphere and keep them entertained for many years.

The major finding is that globalization and free trade have hurt millions of people, particularly the poorest.

Another ground-breaking discovery is that “work reduces poverty.”

One of these days Jamaicans and other Caribbean people may decide to find out whether these theses are true and whether, if they are, we should have signed on to the new EPA with the European Union.

If our ginnigogs were able and willing to read, they might become aware of a phenomenon called the “resource curse” which appears to condemn developing countries with enormous mineral wealth to misery, war, corruption and destitution.

If our ginnigogs could or would read, they might find it useful to discover whether an acre of land under citrus or pumpkins is not more productive, sustainable and valuable than that same acre destroyed for bauxite.

If our ginnigogs could or would read, they might become aware of the fate of the island of Nauru, “discovered” less than 200 years ago, mined for phosphate, returning a per capita national income rivaling Saudi Arabia’s two and three decades ago and now to be abandoned because the land has been mined to death and is destined to disappear shortly beneath the waves of global warming.

If our ginnigogs were able to read and willing and able to defend the interests of Jamaica and the Jamaican people, they might discover that bauxite mining will, within a relatively short time, contaminate all the water resources of Jamaica, destroy our cultural heritage, wipe out our priceless biological diversity, deprave our landscape and reduce those of us who survive to a state of penury and hopelessness. Goodbye tourism, goodbye farming, welcome hunger, welcome clay patties.

According to the experts, if you drop a live lobster into a pot of boiling water the creature will make frenzied efforts to escape. If, on the other hand, you put him in a pot of cold water and bring it slowly to the boil, the lobster will perish without a struggle.

Jamaica, on the atlas, is shaped a bit like a lobster.

Copyright © 2008 John Maxwell. The world renowned columnist for the Jamaica Observer, www.jamaicaobserver.com, may be reached at jankunnu@gmail.com. This column appeared at www.HaitiAction.net, the website of the Bay Area-based Haiti Action Committee. 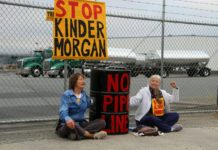