I remember seeing a picture of Fidel Castro in a parade with lots of other Cubans. It was during the emergency years, the “special period” when Cuba’s relationship with the Soviet Union had collapsed and there was little gas or oil or fertilizer; people were struggling to find enough to eat. It was perhaps Cuba’s nadir, as a small Caribbean island nation considered a dangerous threat by its nearest neighbor, the United States – which, during this period, tightened its embargo. Fidel, tall, haggard, his clothes hanging more loosely than usual from his gaunt frame, walked soberly along, surrounded by thousands of likewise downhearted, fearful people: he, like them, waving a tiny red, white and blue Cuban flag. This photograph made me weep – not only because I love Fidel and the Cuban people, but also because I was envious. 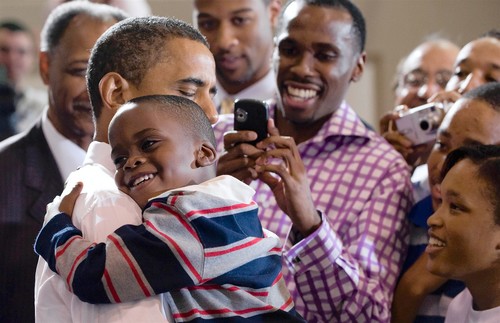 This is what I want for our country, more than anything. I want a leader who can love us. This is not what we usually say, or think of, when we are trying to choose a leader. People like to talk about “experience” and war and the economy and making Americans look good again. I care about all these things. But when the lights are out and I’m left with just the stars in a super-dark sky and I feel the new intense chill that seems to be the underbreath of even the hottest day, when I know that global warming may send our planet into a deep freeze even before my remaining years run out, then I think about what it is that truly matters to me. Not just as a human, but as an American. 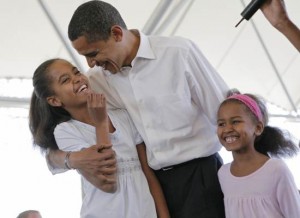 I want a leader who can love us. And, truthfully, by our collective behavior, we have made it hard to demand this. We are as we are, imperfect to the max, racist and sexist and greedy above all; still, I feel we deserve leaders who love us. We will not survive more of what we have had: leaders who love nothing, not even themselves. We know they don’t love themselves because if they did they would feel compassion for us, so often lost, floundering, reeling from one bad thought, one horrid act to another. Killing, under order, folks we don’t know; abusing children of whose existence we hadn’t heard; maiming and murdering animals that have done us no harm.

I would say that, in my lifetime, it was only the Kennedys, in national leadership, who seemed even to know what compassion meant; certainly John, and then Bobby, were unafraid to grow an informed and open heart. (After he left the White House, President Carter blossomed into a sheltering tree of peace, quite admirably.) I was a student at a segregated college in Georgia when John Kennedy was assassinated. His was a moral voice, a voice of someone who had suffered; someone who, when looking at us in the South, so vulnerable, so poor, so outnumbered by the violent racists surrounding us, could join his suffering with ours. The rocking chair in which he sat reminded us that he was somehow like us: feeling pain on a daily basis and living a full-tilt life in spite of it. And Bobby Kennedy, whom a mentor of mine, Marian Wright (later Edelman), brought to Mississippi years later. He had not believed there were starving children in the United States. Wright took him to visit the delta. Kneeling before these hungry children in the Mississippi dirt and heat, he wept. We were so happy to have those tears. Never before had we witnessed compassion in anyone sent out to lead us.

The present administration and too many others before it have shown the most clear and unapologetic hatred for the American people. A contempt for our minds, our bodies and souls that is so breathtaking most Americans have numbed themselves not to feel it. How can they do this or that awful, unthinkable thing, we ask ourselves and each other, knowing no one in power will ever bother to answer us. I’m sure we, the American people, are the butt of jokes by those in power. Our suffering not making a dent in their pursuit of goals that almost always bring more tragedy and degradation to our already fragile, disintegrating republic.

Sometimes, reading a blog, which I do infrequently, I see that generations of Americans have been willfully crippled and can no longer spell or write a sentence. The money for their education has gone to blow off someone else’s intelligent and beautiful head. Visiting a hospital, I see sick and frightened people who have no clue whether they will get the care they need or whether it will be 15 minutes of an incompetent physician’s opinion. If we were loved, there would be a doctor free of charge, on every block, with time to listen to us. Visiting our schools, I see no one has seriously thought about teaching Americans what to eat, just as no one at the national helm insists that we take sex education seriously and begin to unencumber our planet of the projected hordes (Earth’s view) of coming generations She can no longer tolerate.

Our taxes are collected without fail, with no input from us – sometimes, because we lack jobs, paid with money we have to borrow. Our children are sent places they never dreamed of visiting, to harm and make enemies of people who, prior to their arrival, had thought well of them. Kind, smart, freedom-loving Americans.

When we are offered a John McCain, who is too old for the job (and I cherish old age and old men but not to lead the world when it is ailing), or a George Bush, or a Sarah Palin, how unloved we are as Americans becomes painfully plain. McCain talks of war with the nostalgia and forgetfulness of the very elderly; Palin talks of forcing the young to have offspring they neither want nor can sustain; both of them feel at ease, apparently, with the game in which their candidacy becomes more of a topic of discussion than whether the planet has a future under their leadership.

Where does this leave us average Americans, who feel the chill of global warming, the devastation of war, the terror of the food crisis, the horror of advancing diseases? Hopefully with a sense of awakening: that we have had few opportunities to be led by those who have the capacity to care for us, to love us, and that we, in our lack of love for ourselves, have, too often, not chosen them. Perhaps with the certainty that though we are as we are and sorely imperfect, we still deserve someone in leadership who “gets” us, and that this self-defeating habit of accepting our leaders’ contempt need not continue. Maybe with the realization that we, the people, are truly the leaders, and that we are the ones we have been waiting for.

I write on Sept. 9, my father’s birthday. A Black farmer in Georgia, he risked his life to vote in the 1930s for a “new deal.” If he had lived and not died in his early 60s of overwork, ill health and heartbreak, he would be 100 years old in 2009. Voting in November of 2008 for a candidate with heart, I will honor his faith.

If Medicare for All had been in force, hundreds of thousands killed by COVID would be alive