The Chauncey Bailey Project is a collaboration of almost two dozen mostly mainstream media institutions located in the Bay Area. 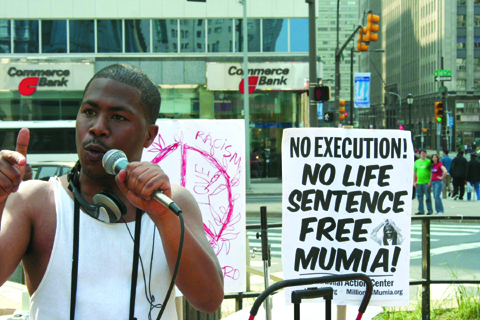 Ever since its inception, it was never about honoring and continuing the work of the late journalist Chauncey Wendell Bailey Jr. and answering questions regarding his death, as it claims on its website. The project and the Oakland police seem to have more of a lynch mob mentality in their investigation. They seem to be trying to ensure that their reporting will result in some young Black male or a group of them paying for the murder of Chauncey, even if they are innocent.

I was recently mentioned and wrongly implicated in one of the CBP stories and want to set the record straight with the public.

The CBP, according to its website, was modeled after the Arizona Project, which in ‘76 brought journalists from all over the country to Phoenix to finish the work of reporter Don Bolles, who was blown up by a car bomb while he was investigating the mafia.

The CBP has been writing stories weekly that are distributed by the project’s many partners to millions of readers. The problem is that many of their stories contain an outrageous number of errors and outright lies, which have made many people outside of the self-congratulating walls of the journalism industry question its credibility, professionalism and sincerity in finding out what happened to the late Oakland Post Editor Chauncey Bailey.

The Chauncey Bailey Project is not the first journalistic collaborative in American history where the lines between police work, intelligence work and journalistic work have been blurred. In 1973, syndicated columnist Jack Anderson revealed that Seymour Freidin, head of the Hearst Bureau in London, was a CIA agent. And as late as last year, the Maynard Institute, one of the partners in the Chauncey Bailey Project, featured a story on its website titled “CIA, FBI recruiting journalists of color.”

Last Sunday, the Oakland Tribune released an article from the Chauncey Bailey Project called “Evidence Ignored,” which passed off misleading information as facts and omitted relevant information, in apparent attempts at character assassinations.

Over four paragraphs in the article discussed a series of phone calls between Yusuf Bey IV and myself preceding the murder of Chauncey Bailey. During the phone calls we talked about 15-year-old Laronte Studesville, an innocent Black youth who had been shot by police a month earlier in East Oakland. I was inviting Bey to a community meeting that the Prisoners of Conscience Committee and the boy’s father were hosting in downtown Oakland the following day, Aug. 2.

Due to the late notice, Bey told me that he would not be able to attend, but he wanted to be updated on activities that we were planning so that Your Black Muslim Bakery, the business and organization he headed, could support work that was being done towards acquiring justice for Laronte and his family. In our conversations, Chauncey Bailey was never discussed. And Laronte’s father actually videotaped the meeting that was held the day Chauncey was killed.

Bob Butler, president of the Bay Area Black Journalists Association and one of the reporters with the Chauncey Bailey Project who wrote “Evidence Ignored,” was upset approximately two weeks ago when he called me and I refused to talk to him about this conversation. He used my refusal to be interviewed as a reason to add my name to some kind of conspiracy that the state Attorney General’s office is now being asked to investigate.

I am totally innocent. I refused to be interviewed by Butler, the Chauncey Bailey Project and the police because I do not believe that they have the best interests of me, the Black community or Chauncey Bailey at heart. When I have anything to say, I broadcast it on the Block Report Radio segment on KPFA and www.blockreportradio.com or through the San Francisco Bay View newspaper, www.sfbayview.com. Those are the credible news providers in my community.

When my refusal to be interviewed was quoted in the article, the CBP omitted my saying that it was a front of embedded journalists who are more intent on building a case against certain individuals than truly finding out what happened to Chauncey. This is a common sentiment in the Black community in regard to the Chauncey Bailey Project.

The article, where my name appeared into bold print, was called “Evidence Ignored.” Yet the Chauncey Bailey Project to this day has ignored evidence it could easily have obtained by interviewing the former owner of a downtown Oakland cultural center named Cafe Axe. She was one of the last people Chauncey Bailey interviewed as a journalist. She told me that she talked to him about the Oakland police’s history of extorting her center and Black clubs in downtown Oakland.

She is very important to the case not only because was she associated with Chauncey; in addition, Yusuf Bey IV and the Bakery worked security for her. Interestingly, there is no Chauncey Bailey Project story documenting this twist, which contradicts what the Chauncey Bailey Project and the police want us to assume about Bey IV and Bailey. I personally know about this story because I was also working on it, separate from Chauncey though. After his murder, I interviewed the owner about her relationship with Chauncey and members of the Bakery.

In addition to failing to look into that story, the CBP never pursued one of the biggest stories in this tragedy, that being the one where Oakland Post Publisher Paul Cobb accused the police of a coverup in an interview with me on the Block Report Radio show. A transcription can be read at www.sfbayview.com.

“Evidence Ignored” used my legal last name, Valrey, and described me as “a blogger and activist then reporting for the San Francisco Bay View Newspaper, where Bailey sometimes contributed news items.” There are three lies in this one sentence. For one, I have never been a blogger. Secondly, I am the associate editor of the Bay View as well as a reporter and have supported my family for years as a journalist. Two prominent members of the Chauncey Bailey Project, Dori Maynard and Sandy Close, are largely responsible for training me to be a journalist. I assume that not referring to me as a journalist was a pot-shot at my journalistic credibility, although it is too late for that; since the early 2000s I have been winning awards from my peers for my work, including a 2006 New America Media Award.

The third lie is that Chauncey sometimes submitted news to the SF Bay View. According to the publisher and editor, Willie and Mary Ratcliff, this is totally false. He wrote for the Post, Sun Reporter and Oakland Tribune primarily, not for the Bay View. And one more crazy fact about this scenario is that Bailey was fired from the Tribune, the paper that is leading the charge to find out who murdered him. When the Trib fired Chauncey, they did not care how he was going to supplement his income to feed his family. Now that he is dead, they are concerned?

The CBP, in “Evidence Ignored,” also failed to disclose that it offered to pay me 30 times more than the most money I have ever been paid for an article to write one with the project’s name under mine. I did not accept the offer. And as I am writing this, I am told that the offer still stands. Although the CBP refuses to call me a journalist, it sure wants credit for what it is that I have to say.

Some in the journalism community believe that my refusal to take what they are calling a bribe is the reason my name was the only one identified out of the 4,000 calls “Evidence Ignored” reported were received by Bey’s cell phone during the month prior to Bailey’s murder. Was this an attempt to smear me because of my refusal to be bribed and because of reporting I have done that rips the CBP’s stories to shreds and exposes its agenda-driven sloppy creative writing passed off as journalism?

Another misleading fact in “Evidence Ignored” is that it said I knew Bailey for a decade. That is not true. We only became acquainted when Chauncey Bailey used to see me delivering the SF Bay View newspaper and commented that we were the best distributed Black newspaper he had ever seen. We first met and had this discussion in 2004, about four years ago.

With all of these inaccuracies in this one article, I hope to show the people that these “journalists,” if you want to call them that, who make up the Chauncey Bailey Project are not credible. Their track record proves it. We should stop disrespecting Chauncey Bailey’s memory by using his name to refer to this project.